Most frauds and scams don’t happen because of the technology involved but rather due to the underlying greed and callousness on the part of the users. 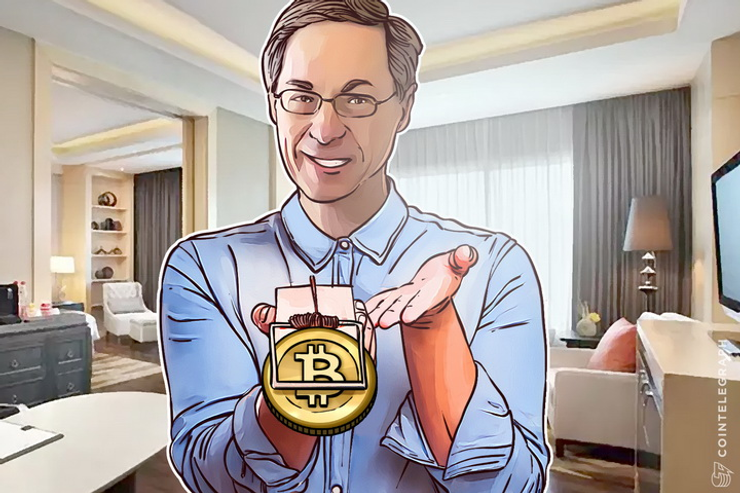 We have collected four typical scams to remind you that Bitcoin is just cash, and you should take care to use it as real money: Carefully. Most frauds and scams don’t happen because of the technology involved but rather due to the underlying greed and callousness on the part of the users.

There is something about Bitcoin that attracts all kinds of scam artists and frauds. It even has the potential to turn secret service agents into thieves.

In December 2015 ex-Secret Service agent Shaun Bridges was sentenced to nearly six years in prison after pleading guilty to money laundering and obstruction charges in connection with the theft of more than $820,000 in bitcoin from accounts connected to the Silk Road. Now the US government believes that he may have been involved with additional thefts from the now-defunct online dark market:

"...the US had recently become aware of additional thefts of bitcoins from Secret Service accounts, the facts of which led the government to believe that Bridges, working with others, was also involved in these thefts."

US District Judge Richard Seeborg, who presided over the case, remarked that from what he could see, this crime had been motivated by greed. “No departure or variance is warranted in this case,” he said.

Why Bitcoin attracts thugs? Very simply because of its very nature. You can remain anonymous while conducting Bitcoin transactions and there is no chargeback mechanism built into the virtual currency. We would like to emphasize here the word currency because it is akin to paying with cash. Reversals and chargebacks are more talk of the plastic money domain.

A study done by researchers at the Southern Methodist University in Texas, USA in January 2015 reveals a great deal about common Bitcoin scams and how people fall victim to them. The research was conducted by Marie Vasek and Tyler Moore and is titled There's No Free Lunch, Even Using Bitcoin: Tracking the Popularity and Profits of Virtual Currency Scams.  The research revealed 41 scams that occurred between 2011 and 2014 in which 13,000 victims fell prey to fraudulent websites. The amount of money lost in this period was nearly a conservative USD 11 million.

We looked at the findings of Marie Vasek and Tyler Moore and here are their key findings. The common element among all these scams though is greed and naivety on the part of the users:

1. Bitcoin Investment Programs: If it is too good to be true it probably is not goes the old adage and it is as true today as it was in the past. When people are promised higher yields on their deposits, they are often swayed by greed.

You should be wary of wallets that offer returns if you keep money in them or if some investment program gives you way more returns than the prevalent market rates.

2. Bitcoin Mining Scams: A lot of mining operations are alleged to be scams but to narrow down the definition mining scams can be described as operations, which take a fee to mine Bitcoin on your behalf but never deliver. Cloud mining particularly has been in the eye of the storm. Researchers Moore and Vasek:

“Active Mining and Ice Drill are operations that raised money to purportedly make ASICs and share the profits but never delivered. AsicMiningEquipment.com and Dragon-Miner.com are fraudulent mining e-commerce websites.”

3. Bitcoin Wallet scams: Getting pickpocketed sucks but having your money vaporize under your very nose is brutal. The usual modus operandi of scam wallets is that the victim deposits Bitcoin into such a wallet and when it reaches a certain threshold; the money is transferred to the scamster’s wallet. In its analyses of fraudulent Bitcoin wallets, the report states that:

“We were able to analyze three of these services (Onion Wallet, Easy Coin, and Bitcoinwallet.in), in which all transfers from the victims were ultimately delivered to the same address held by the scammer. These particular scams advertise themselves as offering a mixing service that enhances transaction anonymity for customers. In fact, all three services appear to be operated by the same scammer, because the siphoning transfers all go directly to the same Bitcoin address.”

4. Bitcoin Exchange Scams: Exchanges are the point of entry into the Bitcoin universe and many victims of scams are attracted to lower exchange rates, promises of anonymity or offerings such as PayPal or Credit Card processing that other exchanges may not offer.

Once the victim deposits payment for buying Bitcoin, they never actually receive their cryptocurrency leaving them high and dry. Most fraudulent exchanges seem to have a short life span.