Big Banks Want to Destroy Bitcoin Before it Destroys Them

Big Banks Suddenly Turning on Bitcoin is Sign of Fear 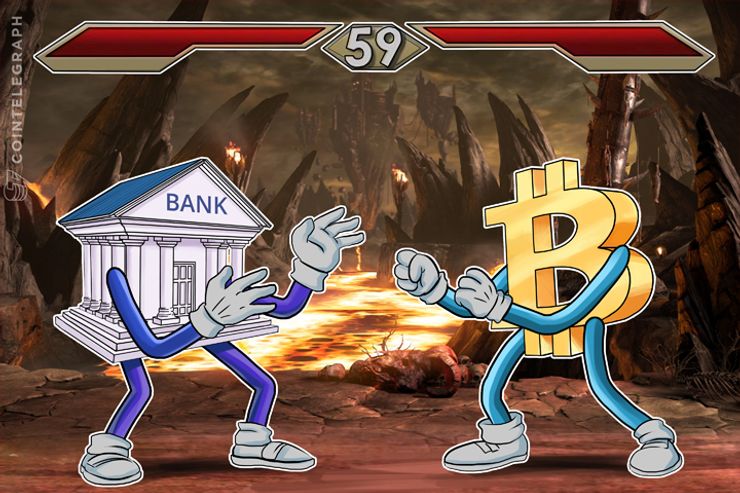 It seems as if the talk of “the people’s currency” has started to sting the ears of those who traditionally have a monopoly of money, banks and governments.

Recent negative statements by big banks, and governmental crackdown on digital currencies and ICOs can be seen as fightbacks by these institutions to the growing popularity of Bitcoin.

Bitcoin always has had the potential to be a new currency free of control by big banks and governments, but as adoption has spread, the threat has become real.

It should not be seen as surprising that banks, such as JP Morgan, are spilling vitriol and rhetoric about Bitcoin being a ‘fraud’ Bitcoin reaching mass adoption and succeeding spells the end for big banks and traditional financial institutions.

The same goes for governments. A decentralized currency takes a huge amount of power out of the hands of the government who look to keep tabs on currency within their borders. Taxes and regulations of money is a powerful tool for governments.

There has even been talk about how Bitcoin is the most crowded trade, indicating that traditional trading is clearly taking a hit.

The concerns for the traditional

With a successful digital currency, big governments will lose seigniorage income—the benefits derived from printing money, and they will lose the ability to control the economy.

For the banking sector, losing the ability to handle the money that flows between central banks and the economy is at the core of the banking business and the very existence of the monetary economy.

These fears may well be a little too strong although Bitcoin flies in the face of a traditional monetary economy, and it is a decentralized system, there is an understanding that it can be supplementary rather than an undermining technology.

“Digital currency, as is the case with Bitcoin, helps to smooth the lending process. Recall what happened in 2007-2008 during the financial crisis. Credit dried up as banks stopped lending, and the markets froze. With a digital currency like Bitcoin, lending is decentralized, or peer to peer, and as a result, lending may continue, allowing money to reach those who need it."