In an ongoing trend of Bitcoin companies withdrawing their services from New York in response to the BitLicense, two more businesses have exited the Empire State. 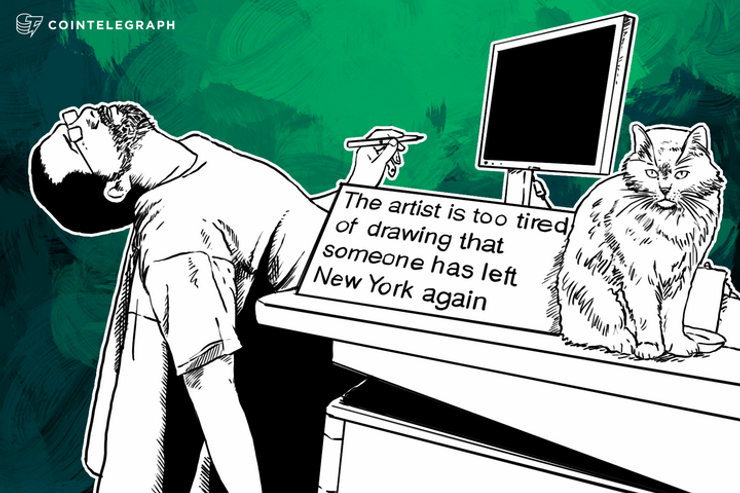 In an ongoing trend of Bitcoin companies withdrawing their services from New York in response to the BitLicense, two more businesses have exited the Empire State. The latest Bitcoin startups that refused to apply to the controversial regulation are Philippine centered remittance service Rebit and mining specialist Genesis Mining.

Both Rebit's parent company Satoshi Citadel Industries and Genesis Mining announced their departure from New York through blog posts on their respective websites. The companies both cite the newly imposed BitLicense regulation in the state as the reason for their departure.

“As of August 8th, 2015, the state of New York announced the implementation of the BitLicense, a state regulation which makes it a federal offense to sell virtual currency to anyone in New York unless you have applied for the license. Since our rebittance service Rebit essentially works by having customers sell their bitcoins to us and nominating their cash recipients in the Philippines, we are forced to take a precautionary stance by not entertaining business coming from the State of New York, both for our business compliance and for you, our customer’s protection from legal repercussions.”

Rebit and Genesis Mining are the newest additions to a list Bitcoin companies unable or unwilling to apply for the BitLicense. The reasons for this denouncement are varied, but often include the burdensome and expensive process of acquiring such a license, the lack of agility as a consequence of the regulations, or customers' privacy concerns.

The trend of leaving New York instead of applying for the BitLicense was ignited by the digital currency exchange ShapeShift, whose CEO Erik Voorhees subsequently launched the website PleaseProtectConsumers.org in protest of the regulations. Since then, Bitcoin exchanges including BitFinex, Kraken and LocalBitcoins followed ShapeShift's lead, along with several other Bitcoin related businesses.

Much like many of the other companies that left New York due to the BitLicense, both Rebit and Genesis Mining do so while explicitly protesting the BitLicense regulation. Genesis Mining in particular, voiced their concerns loud and clear in the strongly opinionated blog post.

“We stand by the cryptocurrency community and believe this particular piece of legislation is unnecessary and is an obstacle to free market innovation. We also believe that is exactly what it set it out to do. Companies across the world today posted similar announcements about leaving New York, and while it may seem like a victory to those who passed it, it is important to understand the difference between winning a battle and winning a war. Those who passed this bill have only succeeded in winning a small battle, and as a result have set their state further behind.”

Genesis Mining is a Hong Kong based cloud mining business. The company hosts several data centers, in which it mines bitcoin and altcoins. Users can buy mining contracts, hence essentially mining bitcoin without needing to physically own or operate mining hardware.

Rebit is part of Satoshi Citadel Industries, a Philippine-based holdings company for Bitcoin-related ventures. The company offers remittance service to The Philippines by leveraging the process that the Bitcoin platform enables. The Philippines is the third largest recipient for remittances in the world, with a total of US$27.5 billion transferred in 2014.