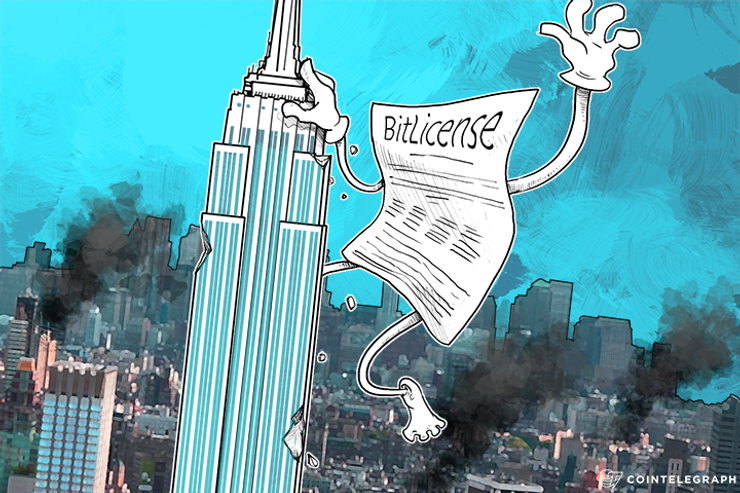 The deadline for mass exodus of Bitcoin companies from New York due to the authorities’ infamous BitLicense regulations has culminated over the weekend with the exit of several prominent companies such as Kraken and Paxful. August 8 was the deadline when digital currency companies doing business in New York State or with New York State residents had to either comply with state regulations or cease all business therein.

We have chronicled the departure of the BitFinex, the world’s largest Bitcoin exchange, from the New York market, but that was just the tip of the iceberg. Joining them is the premier European Bitcoin exchange, Kraken, who reported the news on their blog on Saturday. Specifically:

“While we’re sure that the protection from New York law enforcement is valuable, it comes at a price that exceeds the market opportunity of servicing New York residents. Therefore, we have no option but to withdraw our service from the state. Clients living in New York who wish to continue enjoying our award-winning service are encouraged to escape across the border before the consumer protective walls are erected around the state line.”

In addition, bitcoin wallet provider and marketplace Paxful has decided to leave Gotham, and I spoke directly to their CEO about the situation over the weekend. While New York does contain Paxful’s headquarters and a fair amount of their customer and transactional base, they deem the move as necessary, prudent, and best for their business in the long run.

“While the BitLicense has made us look at the option of leaving New York, it is no longer the only reason,” Ray Youssef, CEO of Paxful told Cointelegraph. “The more we explored our options the more sense it made. We will spend a few months building a team of core developers overseas before settling down in (Silicon) Valley. Paxful is growing, doubling our development team and will be relocating to the Valley. We've had a 20x growth rate month after month and we have yet to publicly launch.”

Other examples of the dearly departed

Other companies taking similar actions recently include Shapeshift, GoCoin, and BitQuick. The reasons cited are numerous, including lack of consumer privacy protection, onerous anti-innovation clauses within BitLicense, and excessive costs for compliance, which has been estimated to be as much as US$40,000.

Many of these sites are directing their New York traffic to the Please Protect Consumers website, created by Erik Voorhees.

“Us being on the frontline of the BackPage effect is the leading cause of this,” Youssef continued. “In our opinion it is the single biggest thing to happen to Bitcoin for years. This is the first mass market ripple as real working class people are having to learn bitcoin for their survival. We will soon be officially launching our marketplace. We are confident that peer to peer marketplaces like Paxful will be the way the mainstream gets its bitcoin.”

BitLicense does have many facets that do help protect consumers and dissuade people from using digital currency for criminal purposes. Ben Tawsky made modifications to improve usability and to prevent this set of regulations from driving business from the state, but it appears to have failed in this regard. Many companies cite clauses such as the following for their decision under Section 200.10 of the revised BitLicense reads the following edicts:

Is BitLicense Fulfilling Its Promise?

Such anti-innovation clauses may only hurt startups looking to grow and build distinct market advantages while also burdening regulators with an endless mountain of paperwork. Government bodies deciding what innovations to allow, and when, can only lead to many conflicts of interests. This also sets a disturbing new precedent that no other technology or financial services industry has had to endure to date.

The market has spoken, and time will tell if the grass is indeed greener elsewhere for these leading companies. What is undeniable is the fact that residents and the tax coffers of the State of New York will both suffer due to the unprecedented regulatory actions taken over the last year. Sadly, many other locales may copy BitLicense’s framework out of convenience, without considering the costs of reproducing such restrictive codes of conduct.

Meanwhile, according to a report in Fortune magazine, Lawsky registered his new legal consulting startup, The Lawsky Group, in Delaware the day after stepping down in June. Delaware is the country’s number one state to start a new corporation, due to their sim