Cointelegraph talks with American blockchain investor MIchael Terpin about why he’s suing AT&T and where he sees Bitcoin in 3-5 years.

Crypto investor Michael Terpin talks to CT about why he’s suing AT&T, today’s ICO landscape, and where he sees Bitcoin in 3-5 years 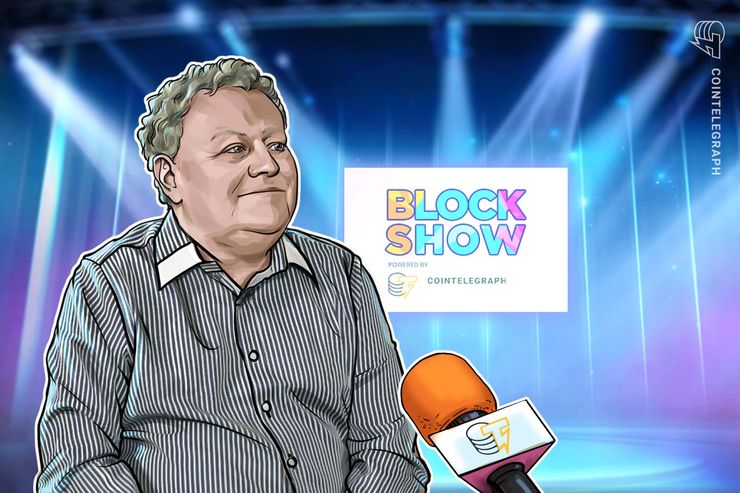 Michael Terpin is an American blockchain and crypto investor who has worked with over 100 projects running Initial Coin Offerings (ICOs) since entering the blockchain space in early 2013.

Cointelegraph sat down with Terpin at BlockShow Americas in Las Vegas to get into the details of the case, discuss the current ICO landscape, the difference between centralized and decentralized cryptocurrencies and where he sees Bitcoin’s price three to five years from now.

Olivia Capozzalo: The story that is going on right now with AT&T — can you tell our readers what happened?

Michael Terpin: Sure. So, the entire crypto community has been targeted by gangs — crypto gangs — for quite some time, and it accelerated as the price of Bitcoin and other crypto assets went up.

Right now, the biggest risk to anybody who's high profile in the crypto industry, and really anybody who has identifiable involvement in the community, is that major phone companies promise you security and don't deliver it.

So, I've been hacked twice: The first time was last year — it's all in my lawsuit. I did not lose that much the first time, I thought my crypto assets were already pretty secure because I have all my major assets in bank vaults and Trezors and Ledgers. But as an investor and marketer in this space, I have, you know, dozens of different cryptocurrencies that don't neatly fit into any of those profiles.

The only reason that they did get in there is because AT&T allowed one of their reps in a store in Connecticut to give my six-digit code that they told me when I requested a higher level of authorization of security.

What they did not say is that any low-level, $10-an-hour store clerk can override that authorization. Normally, when you think that there's a password that is supposed to be a high-level password to protect you, it would be like a PIN number in a bank.

So, only one of two things is possible: Either the person is a complete idiot and cooperating with the hackers unknowingly — which still shouldn't have been allowed under the way that they promised it to me — or he's part of the gang and just got bribed.

And there's a lot of evidence that this is going on pretty widely right now.

OC: I want to walk through this step-by-step, because I think that helps people also understand how they can prevent this kind of thing, if that’s even possible.

So, what that looks like, you're saying, is that a person goes into a physical AT&T store and says that they're you?

MT: That's correct. Or they pretended someone is in there, and they scanned, you know, a subway card and said it didn't scan, and then did a manual override.

It's quite possible the AT&T rep did it with nobody actually in the store at all. You know, case after case is coming out, and there've been several arrests in July that all have in common AT&T employees who were basically bribed.

You can watch the full interview here:

MT: When an AT&T rep turns over your digital identity, they turn over anything that would have access to your phone number.

OC: Basically what happens is that they now have access to change your passwords, because they just confirm with the phone number?

MT: They have access to anything that has the phone number attached to it as a form of verification, which is much broader than wallets.

MT: This was not an exchange. So, there are many other pieces of software that have your phone number as your identity.

OC: Okay, right. So, at the end of the day though, we're talking about millions, like, $20 million, right?

OС: $24 million, I believe. Not to be offensive, but why was that much money in a place that was accessible by a phone number?

MT: It should not have been accessible other than being broken into and being handed over, and having the hackers be able to go and prowl around all sorts of things that were within my network of computers.

Because they were able to get access to that through this. So, it wasn't as simple as — and it wasn't, as has been misreported — "Oh, I had a Coinbase account, and they were able to reset that.” That was not an exchange, it was a native wallet.

OC: A native wallet. Because, what you're saying is that you couldn't store these currencies in a cold storage?

OC: Okay so, now that you're going through this nightmare with AT&T, can you give some advice to investors overall?

Sure. I would say, if you are a recognizable person in the crypto industry, you can't use any of the major four phone companies, period.

If you for some reason need to use them, you have to make sure that any time that you use any piece of software that ever asks your phone number, do not give AT&T or any of the other ones.

So, the ways of getting around this — which is what I do now — is you have to have a Google Voice number.

But you have to have something that does not have a retail store where a $10-an-hour employee can be bribed to give up your information and your digital life.

OC: And you see this as an organized effort, you said, organized crime?

MT: Yes, clearly organized. There are hundreds of millions of people involved.

So, this is not an isolated incident — these are international gangs.

The FBI are very good at sort of following the trail and they'll do what they do. And I'm certainly working with all of those law enforcement agencies. I have been doing that since the day this happened.

OC: Honestly, before this story came out, I hadn't really heard of this as like a large-scale problem. The problem I do hear about is crypto-jacking, which you mentioned, via JavaScript malware.

But, just to clarify, do you see this issue with telecom companies as being bigger than crypto-jacking?

And it's something that is surprisingly simple for these telcomm companies to fix — simply: If you're promising someone, you know, a higher security password, don't let it be overruled by a $10-an-hour employee, make it mandatory.

OC: You've been an investor in the blockchain space for a while, and you have invested in a bunch of ICOs, you mentioned a hundred?

MT: Yes, between PR services and me being an advisor to companies, my firm and I have worked with 103 ICOs.

OC: Wow! A lot of people say the heyday of the ICOs was last year, the year before. Can you sketch out what is happening right now with ICOs that you're seeing, and if you think it's a good thing?

MT: You know, I think that when we're talking about the death of the ICO and this and that, I think it's too early to say that. I mean, if you take out the infrastructure tokens, I think security tokens will be much larger than utility tokens, because we just don't have the formats in place right now.

Because there's no reason why — other than the legacy systems — you can't buy Google stock easily in France, or why you can't buy Samsung stock on the New York Stock Exchange.

If you had a token, its global. So, that's sort of the future that regulators just have to keep up, with how this applies cross-borders.

So, all the stuff that was said about why the internet wasn't gonna work, insert ‘crypto’ and a lot of things sound a lot the same.

And then, of course, there was a couple of early movements up and down, and then you had this wild ride from like '98 to the first quarter of 2000, where the Nasdaq went from 1,000 to 5,000 — and, by the peak, when the dotcom bubble popped — you had $5 trillion dollars worth of companies, and that dropped by like 90 percent — a lot of them went out of business.

So, the rising tide lifts all boats, but then, when the water drops to the bottom, you can see all the junk at the bottom of the harbor — and it's got to be cleared out before it starts going up again.

I think, if you look at the overall chart of Amazon, of eBay, of these other ones, the whole dotcom area now looks like a little tiny blip in the price compared to where it is today. So, I think, similarly, you may be looking at Ethereum, five years from now and seeing this you know 30 cents to $1200 and back down to $300 as a blip, if it's say $15,000, you know, five years from now, 10 years from now.

I do pretty firmly believe that Bitcoin — it is my ow