The sustained solid performance of the cryptocurrencies Bitcoin and Ethereum helped the virtual currency market to soar past the $150 bln mark in total market capitalization.

The sustained solid performance of the cryptocurrencies Bitcoin and Ethereum helped the virtual currency market to soar past the $150 bln mark in total market capitalization. 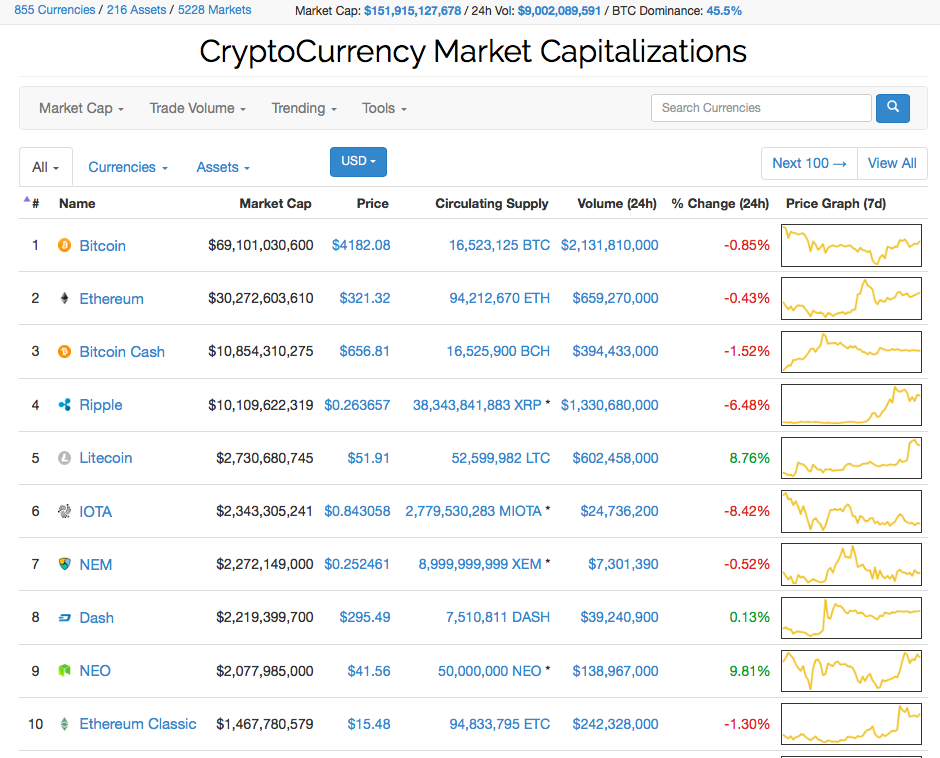 The trading performance of Bitcoin has been characterized with lots of volatility lately.

On Aug. 22, the digital currency briefly declined into correction territory, which is defined as a decrease of at least 10 percent from the latest highest price level.

The brief slide could be due to the so-called scaling issues confronted by the virtual currency as its developers want to increase transaction sizes in the Blockchain network.

Ethereum, meanwhile, slightly increased to reach its highest peak since June 23. The cryptocurrency, however, remains below the all-time intraday high of more than $400 that was reached on June 12.

Performance of other digital tokens

Other digital currencies also posted several gains during the latest trading. The less-than-a-month-old Bitcoin Cash slightly increased by 0.3 percent to $664.95 to bring its total market cap to almost $11 bln.

Ripple token, meanwhile, has reached a market cap of $11.2 bln, while the Iota and Litecoin currencies achieved a cap of $2.5 bln each.

The NEM currency reached a cap of $2.3 bln, while the cap of the Dash and Neo currencies stood at $2.2 bln each.

The cap of Ethereum Classic token totaled $1.5 bln, which accounts for one percent of the total market cap.