Bitcoin Farm to Table: Farmers Markets for Bitcoin Through Overstock

Overstock’s Farmers Market service connects organic, local farms with customers, allowing their products to be sold for Bitcoin - without even knowing it. 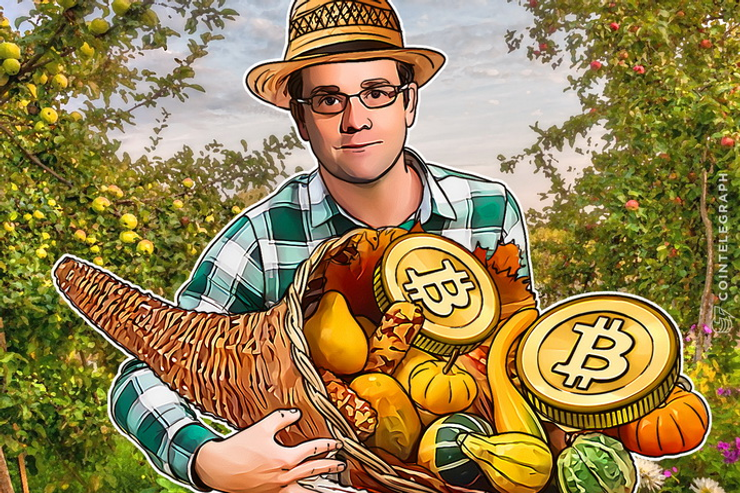 Overstock’s Farmers Market service connects organic, local farms with customers, allowing their products to be sold for Bitcoin - without even knowing it.

Aside from the occasional creative Russian farmer or underground market in New Hampshire, the average agricultural worker is not that well-versed in fintech, and as such few are likely to accept Bitcoin for their products. Online retailer Overstock.com, which proudly accepts Bitcoin, launched Farmers Market in 2014, seamlessly connecting farmers and ranchers to customers. Through Overstock, farmers can inadvertently be paid for their products with Bitcoin.

Cointelegraph spoke to Judd Bagley, Overstock’s Communications Director, as well as the Double Check Ranch, a farm that uses the Farmers Market service, about Bitcoin and the farmers market revolution.

Overstock partnering with the “little guy”

Overstock has sought to position itself at the forefront of the online farmers market movement, because, according to Bagley, of former CEO Patrick Byrne’s vision of partnering with small business rather than seeking to drive them out.

“Here again it’s Patrick Byrne. In a time when huge retailers, especially online retailers, are constantly running traditional retailers into the ground, Patrick has made it clear that he likes the idea of using our technology to support foundational entrepreneurism. We have projects like WorldStock and Main Street Revolution that exist only to help artisans overseas and in the US to access broader markets through our technology.”

As Bagley puts it, farmers in particular represent the core of entrepreneurism, and as such were worth taking a business risk in a partnership possibly ahead of its time.

“We see farmers as the most foundational entrepreneurs in existence. Patrick decided to find a way to use the Overstock.com shopping platform to help small farmers reach larger markets – though always remaining local – in 2013 and we launched Farmers Market in 2014. It’s been slow going for a while because the idea is so foreign to everybody involved, from the farmers themselves to consumers and everybody in between. But adoption is picking up and we’re pleased with how things are going.”

Bagley estimates most farmers’ technical know-how to be “...about average.”

“Which means they get and use the internet all the time, but are not necessarily ready to deal with inventory management. We've built our interface with that in mind. And they do very well with it.”

He also thinks that few farmers would even be aware that they could accept Bitcoin for their products through Overstock.

“Shopping with Bitcoin represents a pretty small portion of all purchases on the site, as does shopping on the Farmers Market. So shopping with Bitcoin on the Farmers Market is almost negligible. If more knew this were an option, I'm sure the numbers would jump up. People who are passionate about the “eat local” movement tend to be the same kinds of people who are passionate about the cryptocurrency movement. So the two are natural allies.”

Using Overstock to broaden the customer base

According to Gita Murphy of Arizona-based Double Check Ranch, Overstock’s Farmers Market service extended the reach of their products.

“We decided to start selling through Overstock to be able to broaden our customer base - prior to this, we could only sell our product locally in Tucson/Phoenix area Farmers' Markets weekly. We have customers who've moved out of state and would still like to buy from us - or, customers who live here and would love for their friends and family to be able to try us, too. And of course, for those who can't physically make it to our markets this gives them the option to have it shipped directly.”

Murphy was not aware of Overstock even accepting Bitcoin for payments, and as such was surprised at the ability to buy products from Double Check Ranch using cryptocurrency.

“I have pretty limited knowledge of [Bitcoin] personally, I know it's become pretty big in the last couple of years but that the options to use it online had become a bit more limited as some retailers decided not to accept them. It definitely is a unique opportunity for those who prefer to use Bitcoin to shop for food.”