Anthony Pompliano has argued that Bitcoin and gold will recover once the immediate liquidity crisis gripping the global markets has subsided.

On March 14, Tyler Winklevoss, the co-founder and CEO of Gemini and prominent early Bitcoin investor, took to Twitter to defend Bitcoin despite the recent market crash.

In the tweet, Tyler emphasizes that Bitcoin is still in its infancy, stating:

“If bitcoin isn't gold 2.0, then what is it? The fact that it's not acting how you might expect only underscores just how early it is.”

Supporting Winklevoss’ assertion, Anthony Pompliano, the co-founder and partner at Morgan Creek Digital, has attributed the recent crypto market meltdown to a broader liquidity crisis coursing through the global economy. He said:

“Bitcoin and gold are doing the same thing, just as you would expect them to in a liquidity crisis..they go down. Same thing happened to gold during liquidity crisis of 2008 too.”

As in 2008, the metals markets have suffered enormous losses as a result of the current liquidity crisis, with gold futures falling 4.25% and silver futures crashing 8% in a single day on India’s markets. Over the past week, gold is down about 10% compared to Bitcoin’s (BTC) 50% while becoming increasingly correlated since January. 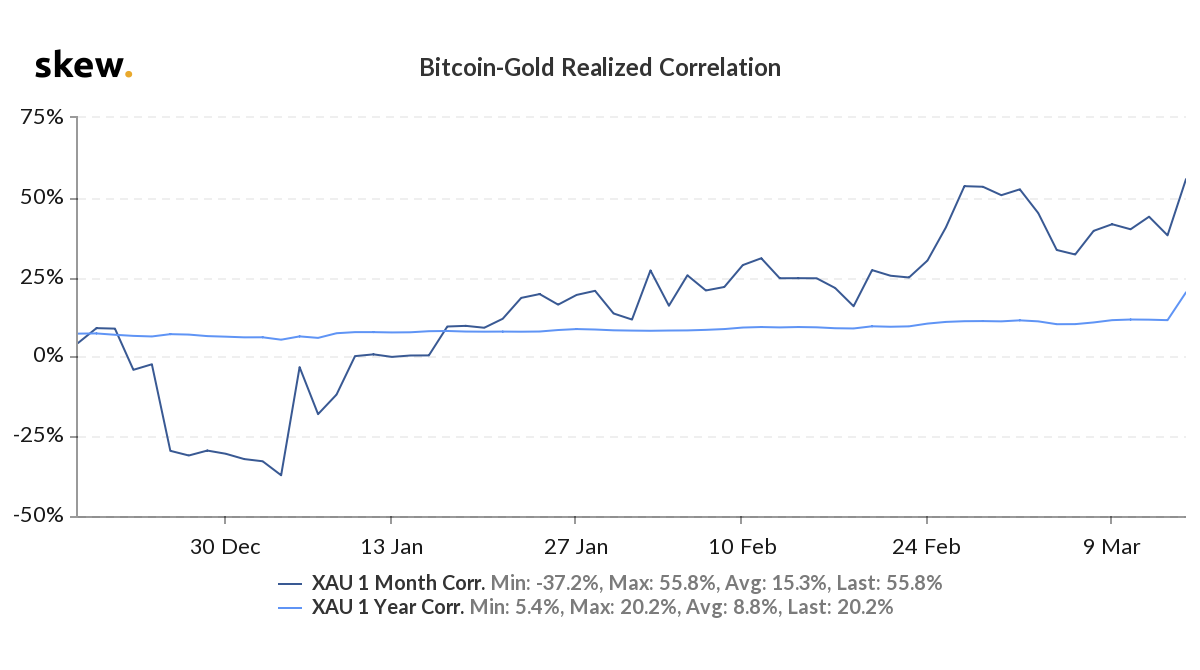 In a recent episode of his Off the Chain podcast, Pomp argues that the shutting down of economic activity in response to the COVID-19 coronavirus pandemic has sparked a liquidity crisis — driving down the prices of Bitcoin and gold despite their status as a safe-haven asset.

“A liquidity crisis means that investors all rush to the exit doors at the same time, but there are so many more sellers than buyers that investors actually have a hard time offloading their assets for cash. Quite literally, investors begin aggressively lowering the price they are willing to accept for each asset in exchange for the cash which they are desperately seeking right now.”

Pomp points to the 30% crash in the price of gold during the 2008 global financial crisis, stating: “This [wasn’t] because gold is a bad store of value or that it had lost safe-haven status after 5,000 years. It [was] because gold has a liquid market and investors needed liquidity over anything else.”

Despite gold’s sudden drop in price, the Morgan Creek Digital co-founder notes that the price of gold nearly tripled in five years from $650 in 2006 to more than $1,800 in 2011 as concerns regarding U.S. monetary policy, inflation, and debt increasingly gripped the markets.

“Simply, gold served as a store of value and safe-haven asset over the full timeline of the crisis, but it succumbed to the liquidity crisis during the worst 6 months. This is what I believe is happening to Bitcoin right now.”

Can crypto recover from a liquidity crisis?

Pomp asserts that most investors who were holding Bitcoin for cash likely sold over the last week — driving the huge losses recently sustained across the crypto markets.

While hesitating to “guarantee” that BTC will not see deeper local price lows, Pomp speculates that most investors who are still holding Bitcoin are “holders of last resort” who will not sell their BTC.

“Regardless of price movements in the USD exchange value, the holders of last resort won’t sell their Bitcoin. They are strong hands. They can’t be shaken out of their belief. In fact, they are likely to be buying Bitcoin on these large price drops, rather than selling. They are exchanging USD for Bitcoin right now.”

Further, Pompliano expects that the upcoming halving will coincide with the introduction of monetary stimulus measures and may further drive an influx of investors seeking safe-haven exposure.

“Both gold and Bitcoin should do incredibly well during this time period.”