Roughly 75,000 BTC is being added to long-term positions daily, according to figures tracking investor behavior.

Bitcoin (BTC) hodlers are accumulating more coins every day than any time in over a year, as crypto investment looks increasingly attractive.

According to data from monitoring resource Glassnode on April 23, this month saw a significant increase in BTC positions.

Known as Hodler net position change, the data shows that long-term Bitcoin investors are in bear market mode, seeking to buy up coins at what they consider to be a bargain price point.

The metric originally came from Bitcoin alpha fund Adamant Capital, which equated the activity behind it roughly to insider buying and selling.

“We see that significant quantities were cashed out during bull markets of Bitcoin, and net new positions were accumulated by HODLers in bear phases,” Adamant explained in a blog post last year.

At current rates, hodlers are adding in excess of 75,000 BTC to their positions each day. The data may include exchange wallets, which can only be excluded if they are known to belong to a specific entity. 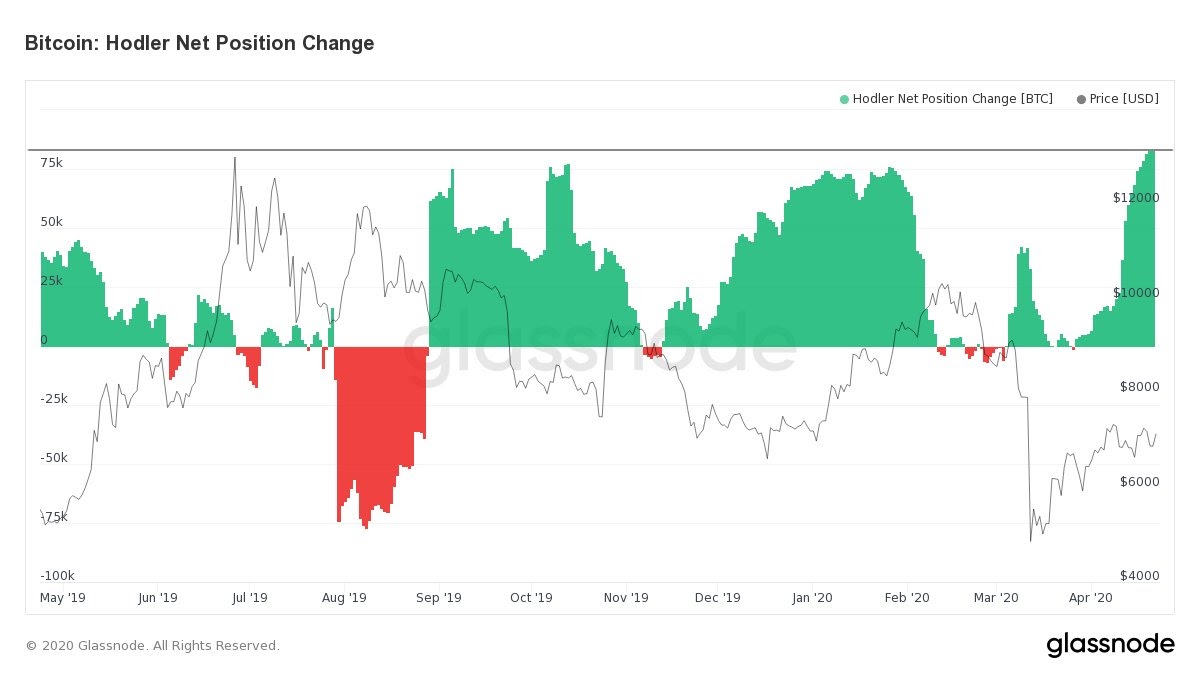 The impressive figures build on previous insights from Glassnode into investor behavior changes. As Cointelegraph reported, whales are also stocking up on coins, while wallet balances of 1 BTC or more are on the rise.

According to Google Trends, meanwhile, there is a keen awareness among internet users of Bitcoin’s upcoming block reward halving and the potential price upside that could result.

Earlier this week, exchange Coinbase said that it had seen a spate of Bitcoin buys equal to $1,200 — the amount of the stimulus checks currently being issued to Americans by the United States government.