While global market panic has tested Bitcoin’s resilience as a safe haven, its long term benefits are clearer than ever, say proponents.

4448 Total views
259 Total shares
Listen to article
0:00
Markets News
Own this piece of crypto history
Collect this article as NFT

Bitcoin (BTC) is not a hedge against “every” global meltdown but will ultimately protect its users from central banks, governments and fiat money printing.

That was the consensus building among cryptocurrency supporters on March 10, as traders awaited the next stage of worldwide panic — this had given much of the economy its worst day since the 2008 financial crisis.

On Monday, currency markets and stocks led the losses, which were later joined by markets such as United States government bond yields.

In a move unprecedented in history, the entire U.S. bond yield curve dropped below 1% — signaling intense concern from traders over a global recession, an oil price war and, of course, coronavirus. 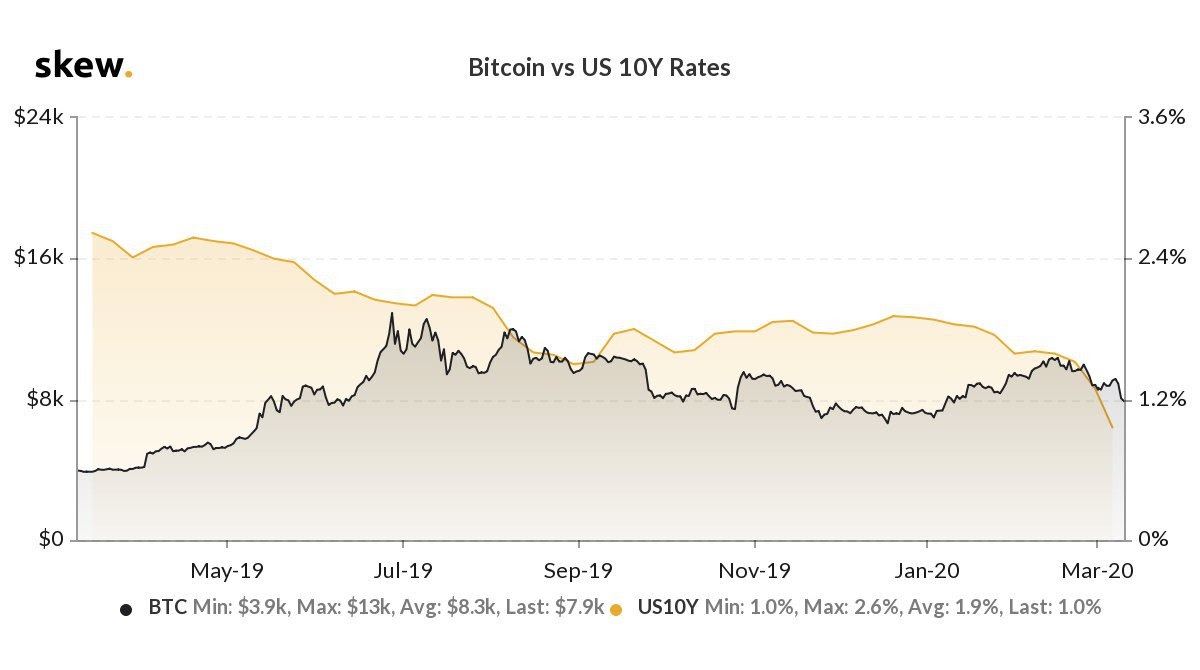 At the same time, Bitcoin shed around 15% overnight, volatility which at press time had nonetheless subsided.

Noting historical behavior, Hunter Horsely, CEO of BitWise, said that BTC was performing much better than before versus the S&P 500 in particular.

A hedge against money printing

“At the moment, Bitcoin is not a general hedge against every black swan and still behaves like a ‘risk on” trade,’ he responded to criticism of the cryptocurrency’s performance.

“But long term, Bitcoin is a hedge against central banks printing money, which is inevitable as a reaction to the virus.”

Bitcoin has traditionally favored investors with a low time preference — those who understand that saving in sound money guarantees more wealth in the future versus spending and borrowing.