A source has told Cointelegraph that Bitcoin will activate SegWit earlier than the September plans coming out of the Consensus conference. 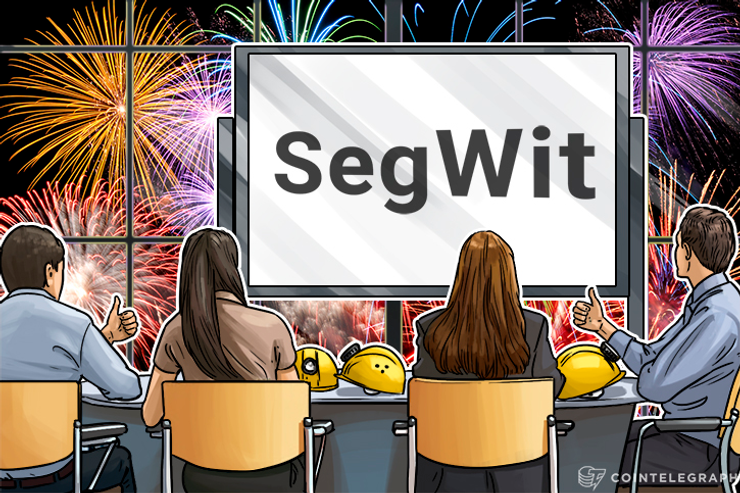 The Bitcoin price run to $2,200 could be a result of SegWit activation coming to Bitcoin sooner than September 2017.

On May 21 in New York, Bitcoin miners have reached an agreement to go for SegWit, according to miners sources. It has marked a good start to the important Consensus conference that united important movers and shakers of the crypto industry.

Charlie Shrem’s messages in the Whalepoolbtc Telegram chat states that there was “big news” coming from the Consensus conference, and that members should “Buy BTC.”

“When I have all the details I will tell you, it's still all being processed,” Shrem wrote, adding that he was “bullish” and confirming the news was to do with SegWit.

Shrem’s optimism relates to a group of Bitcoin businesses, which together with at least Jihan Wu and Barry Silbert, allegedly agreed to enable SegWit “in September 2017.”

According to entrepreneur Alistair Milne, a meeting organized by Silbert at Consensus produced what “may conclude the Bitcoin scaling debate (for now).”

I do not have any insider info, but here is what I think happened today at Consensus which may conclude the Bitcoin scaling debate (for now) pic.twitter.com/6JD2utJ3zB

Activation in a matter of weeks

Cointelegraph can also announce that a source within the mining community who wished to remain anonymous thinks SegWit activation will occur before that date.

Adding he “did not have any insider info,” Milne said the participants of the meeting “agreed to run a fork of Core [...] which enables SegWit ASAP.”

"This would be followed by a 12-month countdown to a hard fork two MB increase in block size."

“Core and other implementations then have a choice whether to change to retain compatibility or not,” he added.

While no one has yet released official confirmation, the prospective plan is already coming in for criticism, specifically from Core developer Luke-jr.

“What happens when they realize their (incompatible) "SegWit" part of the plan will itself take more than a year?” he tweeted in response to the news.

So they signed onto a proposal that doesn't actually technically work? ? https://t.co/MbrE4ea2cl

Blockstream’s Samson Mow appeared also to be looking for answers from Luke-jr, having previously confirmed the implementation date would in September this year.