Bitcoin could see upside to $5000 or higher after prices find support above $4000.

Bitcoin has broken out of a price triangle to pass $4100 in a move which analysts predict could see a retest of the sacred $5000.

Multiple sources point to $4100 as a gateway to considerably higher upside activity for Bitcoin, after its price exited a downward trend at $3900.

Now, the previously forecast $3600 low forms a floor of a sector with $4100 at the top, which analyst Tone Vays says investors should “stay away” from.

Tightening #Bitcoin NO Trade Zone to $3,600 - $4,100... if you don't have any Statistical Advantage of Long vs Short, just stay away $BTCUSD pic.twitter.com/AT6M5IADfP

Other analysts meanwhile are producing price targets of between $5000 and $6000 in the short term, with one chart even describing Bitcoin’s potential upside as “infinity.”

As of press time, Bitcoin was hovering just below $4100, capping 3.2 percent daily growth, which reversed the fortunes of the top ten cryptocurrencies market with it.

NEO meanwhile continues to outperform markets with 20 percent growth since Tuesday, after South Korean exchange CoinNest launched trading of the asset, a first for the country. 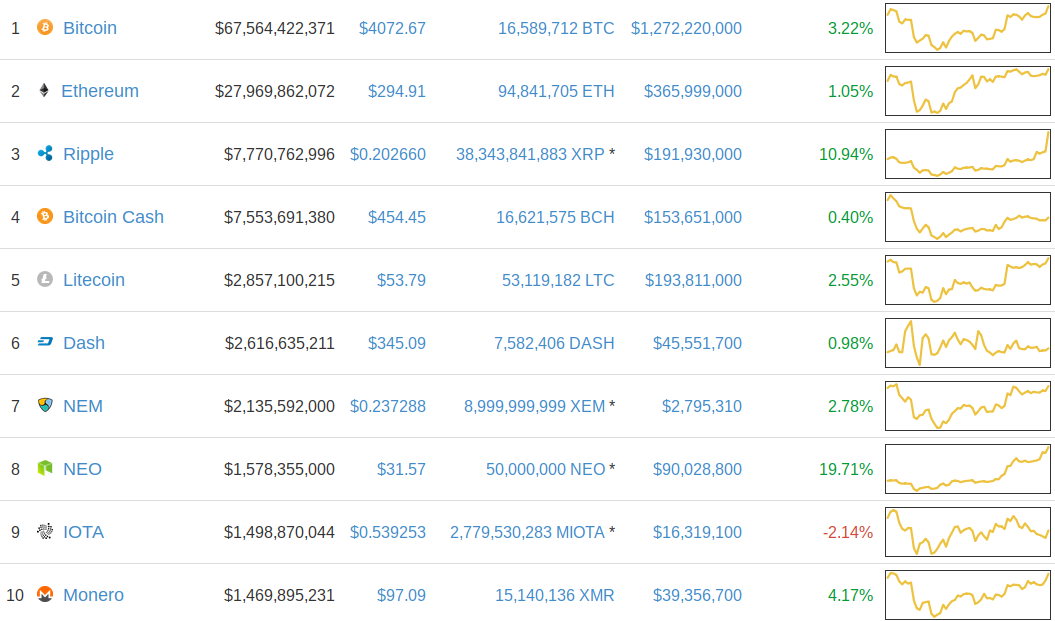 Since China’s regulatory shift produced significant unsettlement two weeks ago, money has begun broadly flowing back into cryptocurrency. The total market cap now back above $140 bln - approximately a 50 percent recovery towards earlier highs of over $170 bln.