The strong upward momentum of Bitcoin and its staircase-esque rally in the last three weeks suggest that a textbook breakout pattern is forming.

What Bitcoin needs to rally to $8,500 in the near-term

The $8,500 resistance level, which prominent trader PentarhUdi predicted in early March to act as a short-term top in the second quarter of 2020, is a key historical area where BTC rejected from several times in 2018.

A technical analyst known as Nunya Bizniz said that at a higher time frame, the Bitcoin price trend is demonstrating a clear ascending triangle. Historically, ascending triangles that formed over an extended period of time, triggered a strong Bitcoin upsurge. 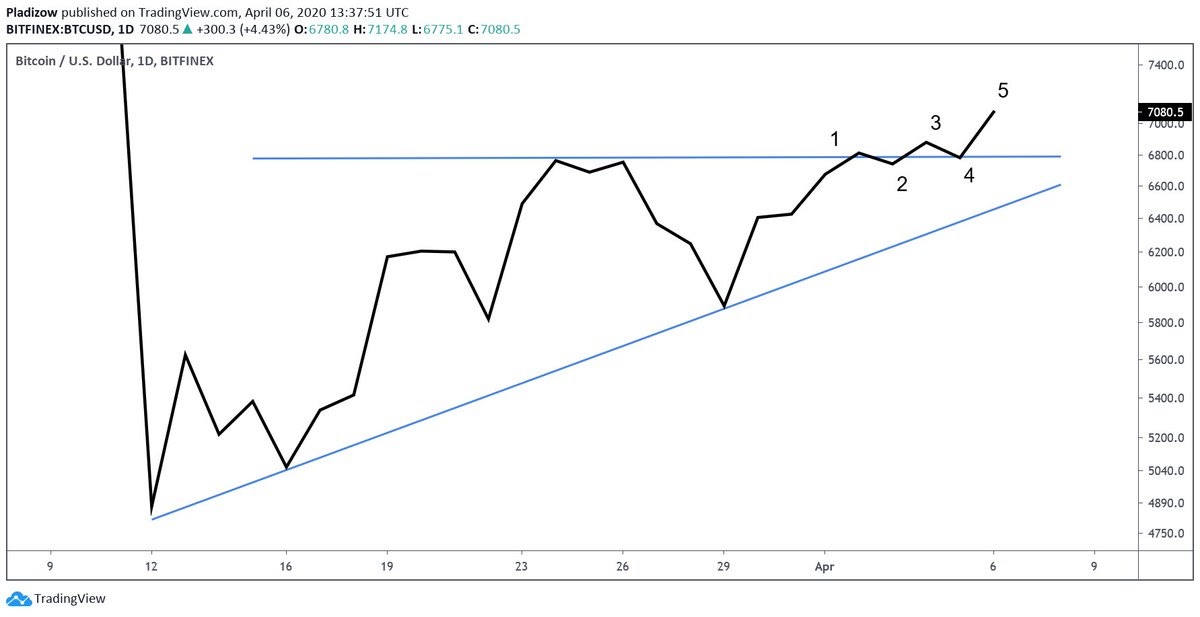 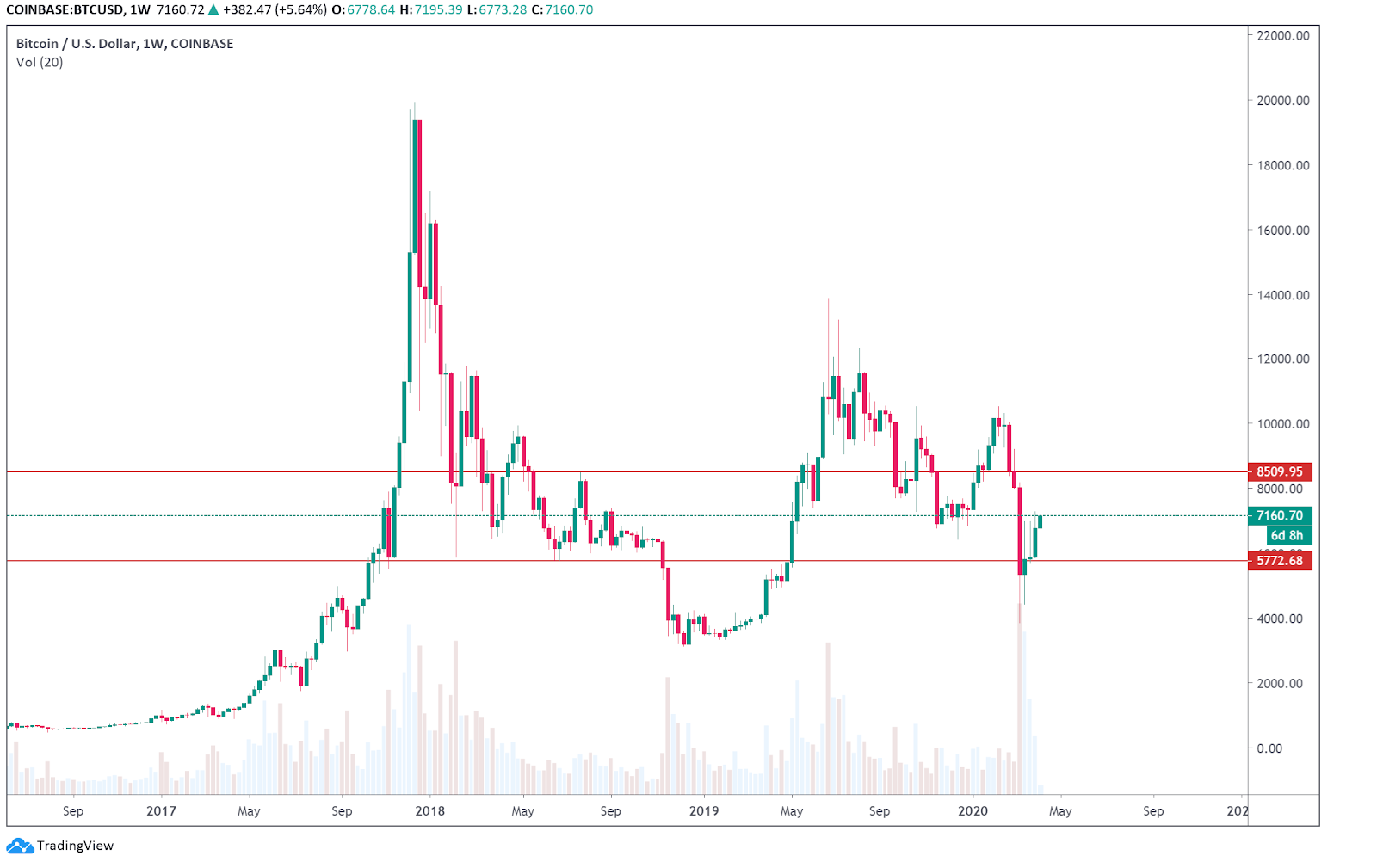 In the near-term, as cryptocurrency analyst Michael van de Poppe noted, the Bitcoin price would need to break out of $7,200 to secure momentum and push through to higher levels that include $8,500.

Another factor that supports a short-term bullish scenario for Bitcoin is the unforeseen rally of the altcoin market.

Ethereum has increased by 14 percent on the day, with some other top ten cryptocurrencies outperforming Bitcoin in the last 24 hours.

The simultaneous upsurge of altcoins, which are considered to be high-risk assets inside the cryptocurrency market, suggests an increase in confidence of investors in the near-term trend of the market.

Investor confidence in BTC is rising

According to John Todaro, head of research at TradeBlock, data shows that investor confidence in Bitcoin is currently higher than in traditional financial institutions.

“Investor confidence is higher in bitcoin than it is in the incumbent financial institutions and banks as evidenced by YTD price performance,” he said.

The significant volatility in the global equities market and the uncertainty surrounding oil prices have led investors to consider the merits of Bitcoin and cryptocurrencies as a potential store of value.

The rapid recovery of Bitcoin since dropping to $3,600 has also sparked the theory that BTC’s fair price was actually at around $5,800 to $6,000, but a black swan event involving the liquidation engine of BitMEX caused an unexpected cascade of liquidations.

“Developing a theory that the market value of Bitcoin was actually in the 6ks but the liquidation engine was a Black Swan that drove price down to 3ks which is why the mean reversion is the way it is,” one trader said.

If the Bitcoin price continues to defend the $5,800 support level throughout the upcoming weeks without seeing a further fall to the $4,000s, it could serve as a strong argument that the bottom for BTC was hit on March 12.