A Bitcoin real estate remittances company is working to lower the bureaucratic complexity of buying American real estate for the Chinese middle class. 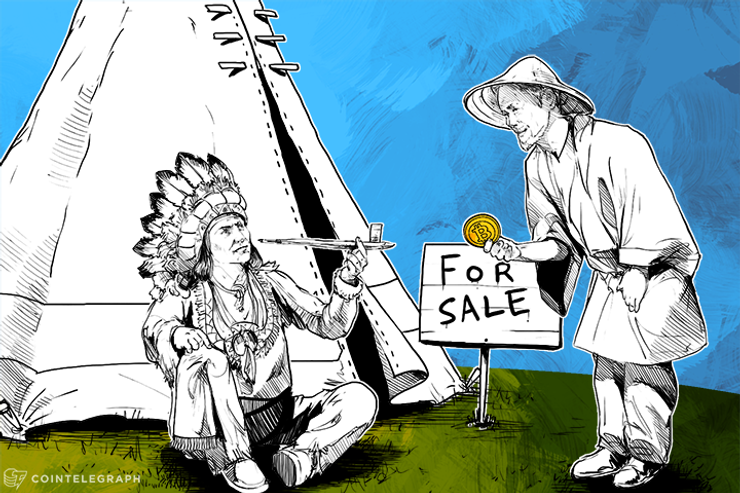 A Bitcoin real estate remittances company is working to lower the bureaucratic complexity of buying American real estate for the Chinese middle class.

The venture, Meson.re, is the brainchild of Ragnar Lifthrasir, a real estate entrepreneur with over “eight years of experience including, analysis, investment tittle insurance and construction.” He is also the president of the International Bitcoin Real Estate Association.

Capital controls in China are both limiting and discriminatory, weighing most heavily on the middle and upper class. Lifthrasir told Cointelegraph that there is great demand from these groups to buy American real estate. He said:

“For the very wealthy it is easy [to buy American real estate] because they have very complicated portfolios and highly paid bankers, but for the middle to upper middle class Chinese it is difficult.”

China limits citizens to US$50,000 per person, per year which can be withdrawn from the country. With real estate going for $500,000 to $10 million in America, this makes the purchase of a foreign home very challenging.

Lifthrasir says that there are three main ways in which the Chinese can transfer money to America.

The first is to get family and friends to use up their legal allowance to move the money. At US$1 million dollars for a house, it would take 20 people using their yearly cap to get the money to the United States. If one person makes a mistake, it could disrupt the escrow agreements and significantly hold back the purchase. It also assumes that everyone is trustworthy.

The second method involves the gray and black markets, which for the mainstream user might be a rather intimidating and risky experience. According to Lifthrasir, black market remittances in China charge 5 to 10% commission, which when talking about real estate is an incredible premium. Again, assuming they are trustworthy.

Third, import and export companies offer an answer. An example of this could be the purchase of American software at a higher rate than the market, which allows funds to be funneled to the U.S. This is an option not available to many people.

Bitcoin enables this transaction to be done with a great deal of transparency and with much lower transaction costs. The Bitcoin is converted back to USD in the United States and deposited to the escrow company's bank account, while the purchase is finalized and the deeds are transferred.

'Blockhain-based deeds are the future'

Lifthrasir believes that the future of deeds transfer is on the blockchain. He points out that a payment, escrow and deeds can be signed and secured with the same Bitcoin private key, bringing an immutable, transparent and public record to the transaction.

Bitcoin does not 'send' anything

Partnered up with Chinese and American exchanges, Meson.re aims to enable the movement of much more value than under the limits imposed on fiat markets.

“Our partner in china does the KYC, AML screening for our clients. Real estate AML regulations are passive rather than active. In a real estate deal, the brokers don't have to research their clients, but if they see something fishy, then they have to report it.”

He argues that Bitcoin does not 'send' anything anywhere. There is a distributed network updated live, in the cloud, and people can upload money to it to be downloaded elsewhere.

This challenges the traditional definition of sending money from one country to another, since the money can be accessed from anywhere where there is Internet. The money is effectively anywhere there is a copy of the blockchain.

Given the recent Chinese stock market crash of over US$3.8 trillion, it makes sense that Chinese citizens are looking for other vehicles to safeguard and invest their hard earned cash.