Bitcoin Will Succeed via Innovation, Not Laws (Op-Ed)

Considering the varying patchwork of today’s global regulatory landscape regarding cryptocurrency, Bitcoin’s greatest ally will not be a judge but technological innovation that will enable it to be one step ahead of anti-competitive laws and unfriendly jurisdictions. 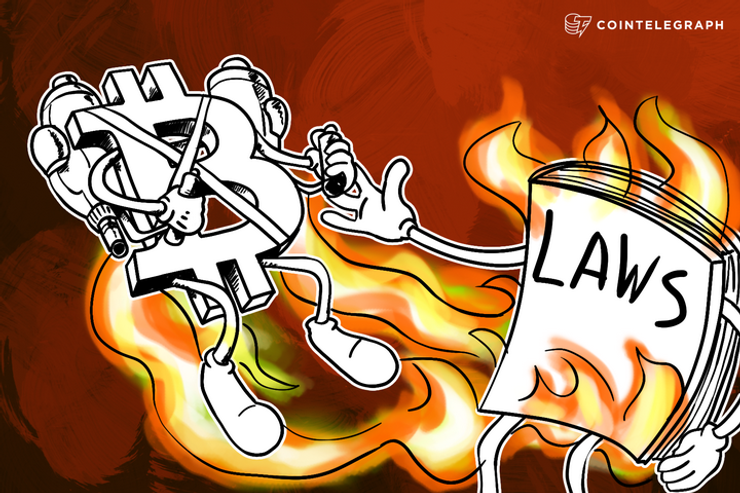 Considering the varying patchwork of today’s global regulatory landscape regarding cryptocurrency, Bitcoin’s greatest ally will not be a judge but technological innovation that will enable it to be one step ahead of anti-competitive laws and unfriendly jurisdictions.

Indeed, Bitcoin is yearning for adoption, but that is not coming easy or fast enough for some. The majority of world’s citizenry still has no idea of the opportunities the technology can offer. While the Bitcoin ecosystem is ready to move forward and change this situation, unclear and unfriendly legal environments seem to hold it back.

But is that really the case?

Reading through the July 2015 published The Law of Bitcoin, a book authored by a group of 10 lawyers and academics from the United States, Canada, the United Kingdom and Germany, reinforces a contrary opinion.

For instance, in a few chapters focused on Bitcoin’s place within the Canadian law, Stuart Hoegner, a lawyer and accountant and member of the Bitcoin Alliance of Canada, explores the possibility of drafting negotiable instruments such as promissory notes and bills of exchange and denominating them in bitcoin.

He explains this within Canada’s Bill of Exchange Act, which represents well the law on negotiable instruments in the Commonwealth and, indeed, in many western countries, a bill of exchange or a promissory note must be denominated in a legal tender currency, one that is issued by a country.

That, of course, makes a negotiable instrument denominated in bitcoin likely void. In other words, if you accepted such an instrument, and the drawee declines to honor it, the courts are not obligated to provide you with any helpful recourse.

“Cryptocurrency-denominated instruments do not appear to qualify as negotiable instruments under federal legislation,” reads an excerpt from The Law of Bitcoin. “We should not be taken as saying that this is a failure of any cryptocurrency, or that bitcoin, as an example, is bound to fail, in Canada or elsewhere.”

“Although it may result in some market exclusions, cryptocurrencies may generate their own solutions and grow to become more powerful tools in international finance and trade.”

How can cryptocurrency be integrated?

Now, the question is does bitcoin even need a law that recognizes it as money to play a role in such business credit arrangements?

There is no doubt that negotiable instruments have played a major role in finance and trade for many centuries. Apparently the first known existence of a bill of exchange goes back to the 8th century Arab world. Thus, it’s no surprise that a 21st century monetary system, i.e. Bitcoin, encounters a lot of friction when interacting with this old way of handling credit in trade.

With that said, it is critical to recognize that these instruments are nothing more than contracts where person A promises to pay person B or the document holder at a given date or on demand.

Negotiable instruments out, smart contracts in

Like all contracts, enforcement of the agreement is crucial. The person accepting a bill of exchange or a promissory note must have relative confidence that the court would come to his defense in case the instrument is not honored.

The good news is that innovations on top of blockchain technology seem to provide better tools, such as proof of information, immutability of data and self-execution, for enforcing such contracts.

This way, so called smart contract applications provide a way in which Bitcoin can become an integral part of trade and commerce. While they do not take away the role of courts, the applications give confidence to users to try the new technology in the absence of relevant laws without the fear of losing their value in the process.

Indeed, it is clear that Bitcoin and cryptocurrencies do not even need to be on any negotiable instruments in the traditional sense. Instead, more attention should be given to the numerous applications startups like Ethereum, Factom and Blockstream, just to name a few, are building.

For instance, Factom offers banks tools for keeping track of credit records. Through these, a bank can organize, hash, secure and store all documentation regarding mortgages and loans. These same tools are likely to work well with negotiable instruments like bills of exchange and promissory notes.

Bitcoin and the other cryptocurrencies will continue to face suppression in finance and trade via “regulation” like New York State’s BitLicense for example, that create barriers for potentially disruptive startups and would-be competitors.

Therefore, just like the internet in the 1990s, digital currency and its fledgling ecosystem will largely have to rely on innovation to grow as current laws favor legacy firms and the status quo. Having smart contracts replace negotiable instruments is a good example of how the blockchain technology will permeate into everyday use.