BitcoinExpo 2014 is the place where the growing influence of China, western traditions and technological innovation will all come together. 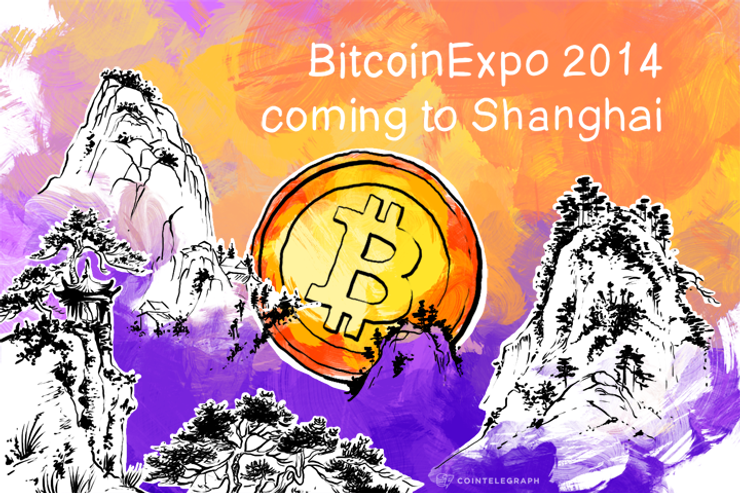 BitcoinExpo 2014 is the place where the growing influence of China, western traditions and technological innovation will all come together under one roof in Shanghai on September 19-21, 2014.

BitcoinExpo 2014 will not only be one of the biggest Bitcoin related events but one of the "most accessible of all events" with a lot to offer to the whole crypto community and Cointelegraph is proud to announce that it will be the official media partner of the event.

Organizers of the Central European Bitcoin Expo that was held in Vienna at the end of May already proved that they have a great ability to globally connect people in the Bitcoin industry. They created a very friendly and informal atmosphere which resulted as added value and helped to create and support new business projects in the industry.

Organizers promised that BitcoinExpo 2014 will be even better and still different from other conferences. China is the biggest market with the highest exchange volumes, the biggest producer of mining equipment and a leader in many other fields. While the west will bring in a large number of speakers, VCs, developers, entrepreneurs, and renowned personalities who will engage in this East meets West conference at BitcoinExpo 2014.

The confirmed speakers list includes many Bitcoin community members such as Lamar Wilson (Pheeva Bitcoin wallet), and Blake Anderson and many more.

Shanghai’s Expo will make a difference

BitcoinExpo 2014 will be a three day event that will start on Friday September 19 with a party.

“It will be the best opportunity for networking, building relations and will also help all attendees to enjoy the whole event more than any other” says main event manager Andrej Sebesta, concluding “it will be a great chance introduce and to get to know the Chinese culture better”. Saturday will start with both conference and expo.The organizers and partners of the Expo have prepared a Bitcoin raffle with many valuable surprises, for example Trezor, a Bitcoin safe made by Hardware wallet sponsor SatoshiLabs.

After the opening plenary session and official start, attendees will get the chance to hear speeches covering almost every aspect and most up-to-date topics which will be presented by the local experts as well as by those from the other parts of the world.

Registration will start on Saturday morning at 8 am. The conference will officially start at 9:00AM with a Keynote Speech. Speeches will be divided into two rooms called Satoshi Room and Cryptocurrency Room. During Saturday you can look forward to respected speakers like Sergey Nazarov, Leonhard Wesse, Aurélien Menant, Jehan Chu, Rich Teo, Jacob Hansen, Mike Gropp, John Reyes-Freeman and Nathan Kaiser. There will also be a workshop and panel discussions: at 9:45 am – Security Workshop, at 11:00-12:00 am Bitcoin in Asia Panel and at 12:00 am Trading Panel. The first day will end with a Networking Reception at 7:00 pm.

Sunday is filled with as many interesting speakers as Saturday. Aaron Koenig will be the first to speak in the morning at 9:00 and the program will continue with the Mining Workshop created by Michael Cao. Attendees will also be able to attend wonderful speeches of Brad Chun, Arthur Hayes, Martin Westhead, Evan Mo, Vitalik Buterin, David Johnston, Pavel Kravchenko, Leon Li, Lo Wong. Very anticipated is also the Regulation Panel from 1:30 till 2:30 pm.

The full agenda can be viewed here.

When, Where and How Much

This event presents the perfect opportunity to not only get the latest development on Bitcoin in the region but to also build connections with the most prominent BTC community members in China.

As you can see BitcoinExpo 2014 has much to offer and there is still a possibility to buy some of the last tickets left! There are also last minute partnership opportunities if your company would like to be on board. See you in Shanghai!