There's an experiment unfolding at the corner of a small pizza place in Bishkek, Kyrgyzstan, where an ATM was installed, which is exclusively meant to convert dollars in Bitcoins. 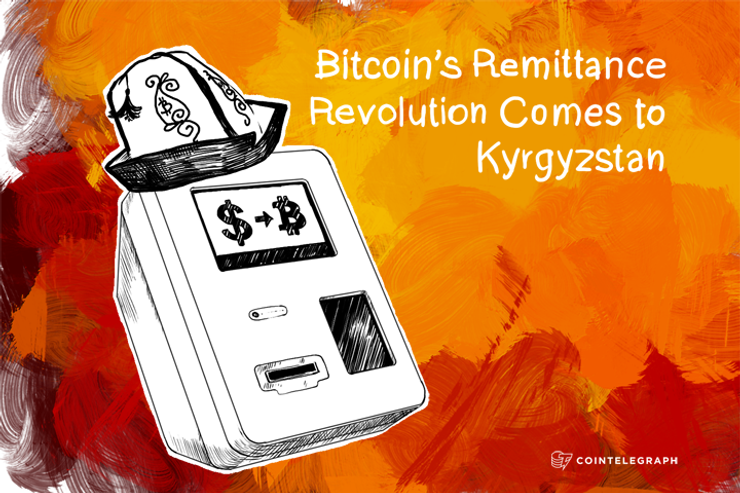 There's an experiment unfolding at the corner of a small pizza place in Bishkek, Kyrgyzstan. An ATM was installed, but it's not your average type of ATM. It is exclusively meant to convert dollars in Bitcoins. The machine, which by the way looks like an ordinary type of electronic pay terminal device, offers locals a cheaper way of converting hard cash into the world's most notorious digital currency, so widely used by many people in online transactions.

Emanuele Costa, Italian financial analyst and owner of the machine, says that the ATM could greatly impact the way migrant workers in Kyrgyzstan send money back home. The World Bank claims that migrant remittances from 2013 totaled 31% from Kyrgyzstan's GDP. Nearly all that cash, about $7 billion, was transferred via fee-based services such as Zolotaya Korona and Western Union, which are extremely expensive. As a former analyst for Goldman Sachs, Costa sees Bitcoin as a secure, low-cost, and a no-hassle alternative to send money overseas.

A thorough understanding of Bitcoin

Anonymously created back in 2009, Bitcoin is the first and most popular digital cryptocurrency to attain global recognition. It is not controlled by banks or national governments, and it provides a peer-to-peer payment system which is encrypted. Bitcoins can be converted into cash, or used to purchase products and services or be used as a store of value. The fees, if any, are usually nominal and are agreed upon by the users. The value of a Bitcoin varies, depending on supply and demand.

Despite the fact that Costa believes in Bitcoin's potential, he agrees that the cryptocurrency faces a lot of obstacles on a daily basis. First of all, very few people understand the digital currency, so only those with enough experience are willing to use it. In order to raise awareness, the financial analyst has started to organize Bitcoin meet-up as an organized, yet informal way of educating the population and making them understand the benefits of digital currencies. Ironically, Costa sees the relative weakness of Kyrgyzstan's regulatory system as a strength. He remarks:

"Due to the lack of legacy [financial] systems and the government’s openness to trying new things, Kyrgyzstan is a very attractive place to implement a Bitcoin facilitated transactional system.”

Kyrgyzstan is expected to join the Customs Union by 2015, a Moscow-led trade block whose aim is to establish closer cultural and political ties, as well as increase economic efficiency between constituent countries. There are no Bitcoin bans among Customs Union members, however, Bitcoin’s future in these countries could depend on a future ruling from Moscow. The Prosecutor General of Russia, previously warned:

"Systems for anonymous payments and cyber currencies […] are money substitutes and cannot be used by individuals or legal entities."

Nevertheless, Costa strongly believes that Bitcoin's underlying technology is not going anywhere. The cryptocurrency is just first wave of emerging, disruptive tech innovations, and if Central Asia won't embrace it now, they certainly will if the Bitcoin economy really takes off, especially in nearby Russia or China.

The ATM machine installed in Bishkek is meant to be the first step in raising awareness. Now locals can get their hands on the digital currency. However, many barriers remain such as just 23% of the population having internet access. Nevertheless, it is still a step forward and one that will help locals learn and start to understand Bitcoin.