The wallet is designed as an alternative to Metamask, but the credentials are still applicable to other popular crypto wallets

On July 4, 2018, Blockchain Cuties, a new collectible crypto game on the Ethereum blockchain, released its first ever crypto wallet, according to the company’s press release.

The Blockchain Cuties game was launched on April 24, 2018. The game allows players to make profit in the in-game marketplace. Сharacters, or so-called ‘cuties’ are traded or transferred among players just like a regular cryptocurrency, using Ethereum smart contracts. Cuties have their unique artifacts and abilities.

Blockchain Cuties was made in a cost-efficient way, using compact encoding of gameplay data to hedge the risk of an Ethereum network overload and to decrease transaction fees for players, says the company’s press release. 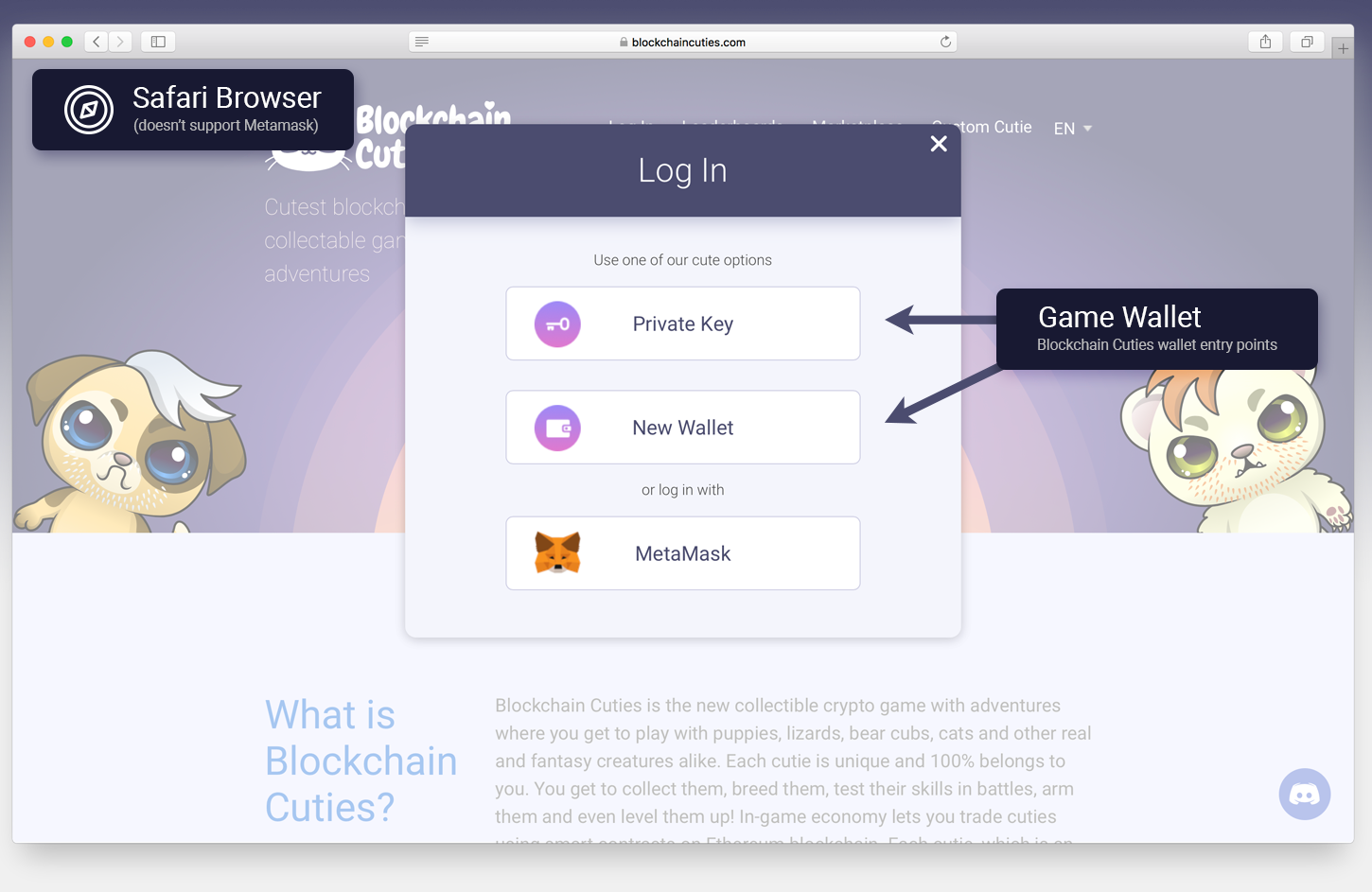 A wallet full of cuties

According to the company representatives, this is the first time in the crypto game industry that a game has introduced its own wallet.

The company says that the innovation of the wallet is that there is no need to install additional, standalone web browser add-ons to play the game. So far, the wallet allows users to keep data and make payments, and it's also planning to implement a sending option in future.

“This introduction is no easy barrier to break in pursuit of improving user experience and allowing more people to access the game,” reads the text of the announcement.

The Blockchain Cuties wallet — or the BC wallet — is already integrated into the game, and it was designed as an alternative to Metamask. Players may transfer funds to the wallet account via Best Rate directly from the game, and it doesn't require users to go through any registration process. Also, players have the option to use their credentials and access their assets on other wallets, such as Metamask, Trust Wallet, Toshi, Cipher or Status.

“The game's own wallet is here for users who are new to the market or those who do not want to install additional browser extensions to play. For others, Metamask and other software wallets can still be used to trade assets and access the game, both on desktop and mobile,” the announcement reports.

BC wallet is following the industry standards of security, according to the press release. All data is saved on the user’s side of their browser’s local storage. User credentials and private keys are securely encrypted.