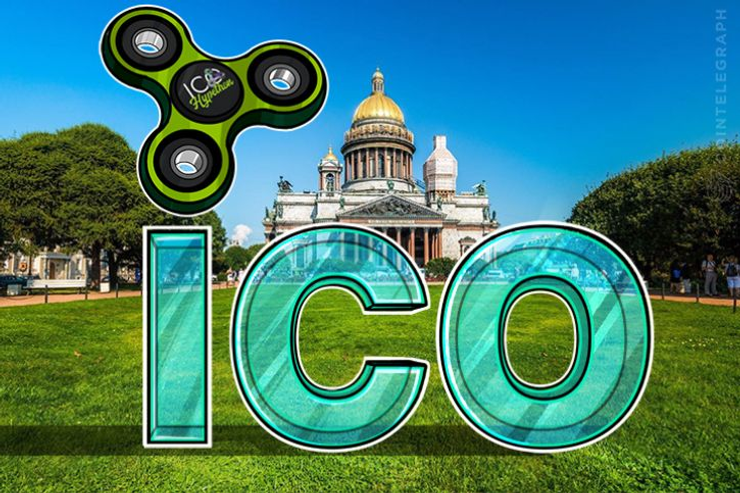 ICO Hypethon, a mix of hackathon, accelerator, incubator, speaker conference and networking event, took place for the first time in St. Petersburg, Russia, on Aug. 16, and attracted the attention of hundreds of crypto enthusiasts, investors, participants and Blockchain industry experts.

The event opened to project candidates doing a two minute pitch on the main stage, along with such renowned speakers as Jon Matonis, Eric Benz, Eyal Hertzeg, Tone Vays, Vladimir Dyomin, Elina Sidorenko and many more.

In the room next door one could find contestants scattered around tables, while visitors and ICO angels swarmed the area looking at their work and asking them questions. There was also a hidden backroom where candidates got to re-pitch their ideas the following day, but since the crowd was only filled with investors, interested parties got bombarded with questions.

If you boasted an ICO angel or sponsor tag, you got to sit in the exquisite VIP lounge which provided guests with lunch, dinner, snacks, shisha, and most importantly networking.

Outdoors was another stage where more speakers spoke to and with the crowd, food trucks were parked, and a shisha lounge was set up for maximum relaxation and amusement.

The winning teams selected by the experts were:

Most of the funding as chosen by the angels, was given out to Inkchain and CryptoPay, but other projects such as Uberfood, Run-CPA, Kickcity, Affchain and LastWill were looked into and are now in negotiations with investors. Over a million dollars was raised at the Hypethon.

John Matonis, founder and director of Bitcoin Foundation, spoke about the current state of the industry and gave forecasts for the future. Vladimir Dyomin, adviser to the Chairman of Vnesheconombank, shared his knowledge about Blockchain technologies in the public sector.

Also at the Street Art Museum, documentary films were shown for two days, about Bitcoin and Blockchain, how the technology was created and how it is developing. For those who wanted a little rest and have some fun, community members joked about their failures in the crypto business in standup comedy style.

The organizers of ICO-Hypethon - the companies Cryptofriends and Waves Platform - have achieved their goal to unite ICO Angels, experts, enthusiasts of Blockchain, and to increase levels of confidence in the Blockchain industry.

The next Cryptofriends event will be held in Barcelona at the beginning of October.