A decentralized content production and distribution platform will see creative professionals paid royalties that reflect how much work they put into a project. 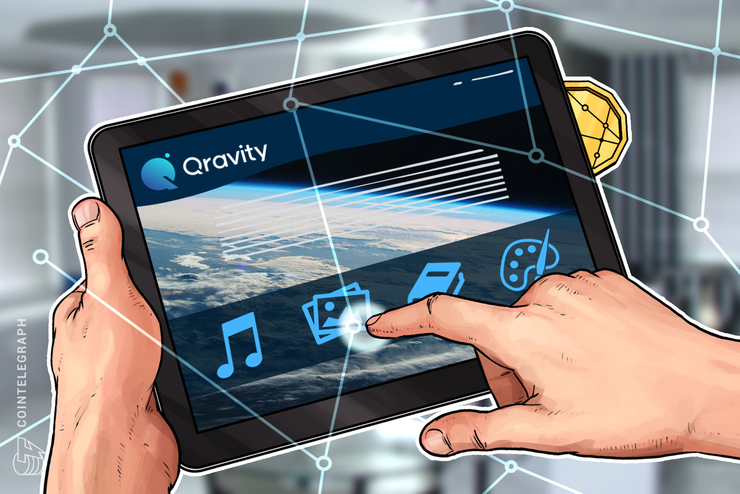 Qravity has created a space that enables visionaries to collaborate more efficiently and profitably when developing monetizable digital media, including movies, video games, music, ebooks, and applications. It will also serve as a marketplace where consumers and distributors can purchase or rent this original premium content. Built on the Ethereum blockchain, the platform uses virtual tokens to securely record every project’s progress and guarantee that every team member has a stake in the project. Qravity then distributes profits derived from finished content among its creators and project founder according to their respective stakes.

The company’s founder and CEO, David Brandstaetter, explained to Cointelegraph: “Qravity tracks tasks in such a way that creative members receive stakes in the content they help make. For example, a person who writes lyrics for a song gets a share, say five percent, of the song’s revenue. Every time someone buys that song, the lyricist gets five percent of that payment.”

Content creators receive an immutable and transparent record of their project stakes in the form of a digital token known as QPT, an asset which is used internally within the ecosystem and cannot be purchased on crypto exchanges. Project founders allocate fixed amounts of QPT to tasks according to their own criteria, such as task complexity or the estimated time required for a task to be completed. Founders can also set the amount of QPT they themselves receive upon project completion.

Qravity’s cryptocurrency is called QCO; within its ecosystem, individuals and distributors can use it to license or purchase content directly. Royalties from these sales are then distributed according to each project member’s QPT holdings.

To emphasise one of the benefits of its platform, Qravity highlights the case of the 19th-century poet and author Edgar Allan Poe. His poem The Raven received critical acclaim in 1845 and is still internationally renowned and celebrated to this day. Despite this, he only earned $24 for his literary masterpiece – the equivalent of $754.91 when adjusted for inflation in 2018.

Mr Poe’s earnings during his 20-year literary career would be worth a total of just $195,018 today. This in part motivated Mr. Brandstaetter, an Austrian composer and producer, to help today’s creatives overcome the challenges that all too often deny them the chance to earn a living – hurdles such as unfair payment and copyright infringement.

Mr. Brandstaetter told Cointelegraph: “I was speaking with my friend and business partner Sascha Dennstedt [Qravity’s co-founder and CFO] about Poe and how, in some ways, little has changed financially for artists. He said that we should integrate blockchain into Qravity. Some research convinced me that this made perfect sense.”

Project already in the pipeline

Qravity says it plans to only host commercially viable content, reviewing all proposals for new projects carefully to ensure that stakeholders stand to make the highest possible profit.

The company completed is MVP in July 2017; later that year, Mr. Brandstaetter and his team began planning for blockchain integration.

Qravity’s fast-approaching presale will offer a 30 percent bonus for early contributors. It is splitting its token sale into five rounds, with the first phase commencing two weeks after the presale’s launch.

Production of Qravity’s pilot project, a 3D animated feature film called Lizzard Maddoxx, will start in September 2018, with the company planning to release, distribute, and monetize the movie in September 2019. It will begin accepting proposals for new content in January 2019, after it updates the platform according to beta testing results.