Serial Entrepreneur Alex Mashinsky stated that the entire internet will become an application on the blockchain due to the rise of fake news. 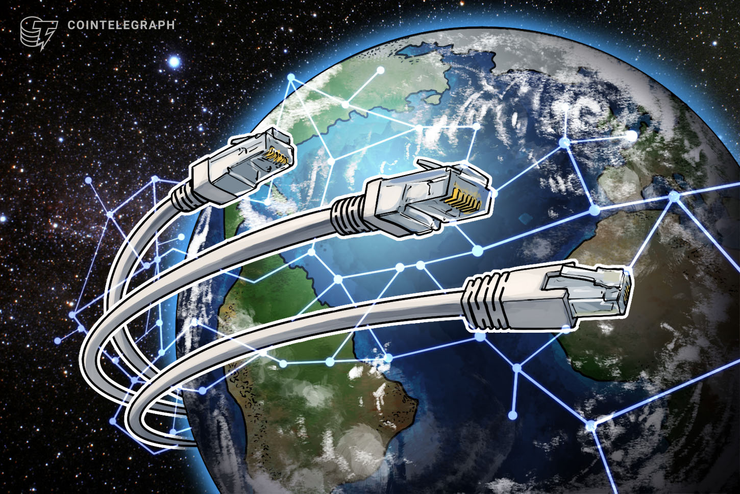 Speaking at ELEV8CON in Las Vegas on Dec. 10, founder and CEO of Celsius Network Alex Mashinsky said that there is a war brewing between centralized and decentralized networks.

"The centralization of the Internet by companies such as Facebook and Google has created a distorted reality where fake news and blatant lies get the same treatment as documented truths,” said Mashinsky.

Mashinsky said that the rise of centralized social media networks has resulted in an increase in fake news, causing a great deal of confusion regarding the basic facts of issues and events.

Mashinsky also noted that fake news stories tend to increase reader engagement, which is then gets converted into huge profits for companies like Facebook and Google.

“If such lies bring engagement (which is immediately converted into huge profits) then they deserve to be pushed and promoted by the world’s best algorithms, which work tirelessly to extract every dollar out of them. No need to worry about our democracy or human rights, corporate mega-profits can cure all ills if we just issue PR that we donated 1% of what we made to a school or the disabled,” said Mashinsky.

Mashinsky told Cointelegraph that a blockchain-based data platform is the only solution capable of combating fake news. A system such as this can verify the identity of users and the authenticity of data, bringing a much-needed layer of transparency to the online world.

Mashinsky mentioned that a project like Block.one’s Voice, which uses blockchain technology to record the inner operations of its network, will be one of the first decentralized applications to bring trust to the internet. This is a social media platform that was unveiled by EOSIO creator Block.One. The beta version is scheduled to launch on Feb.14, 2020.

Unlike centralized social media networks that extract personal user information without permission, all operations across Voice are recorded on the blockchain. Moreover, while Mashinsky noted that social networks are vulnerable to fake news due to the fact that anyone can post whatever they please, Voice users must verify their identities. This provides a way to decrease fake accounts and illegitimate content, as everything posted can be traced back to specific people.

Yet while platforms like Voice are being brought to market, Mashinsky pointed out that gaining user traction remains a challenge.

“Platforms designed to protect us and act in our best interest already exist. We are just waiting for 7 billion people to discover them. When they do, the entire internet will become an application on the blockchain” said Mashinsky.

To his point, Mashinsky presented a slide during his keynote entitled, “Blockchain Economics.” Written on the slide was “E=MC2”. In this case, E stood for Ethereum, M stood for members, and C stood for Consensus.

“If you want the Ethereum blockchain to ever be valuable you need members and consensus,” explained Mashinsky.

Mashinsky ended his keynote by explaining that we already went through the blockchain hype curve, but that we still need to cross the chasm. He noted that stable coins are a great stepping stone to get people to understand the potential of cryptocurrency. He also recommended to stop using centralized networks entirely:

“The amazing thing is that if we stop this addiction, Facebook will lose their power and disappear just as fast as they got hold of it. How do I know that? I helped make the old phone companies that charged $700 a month to disappear. Now, it’s free because [Voice over IP] allows us to take the power back and leave these toll collectors behind. It is up to us to decide if the future will be more centralized or decentralized.”