Amid uncertainty regarding cryptocurrency trading, China has announced a formal ban on the unapproved use of virtual private networks (VPNs) within its borders. 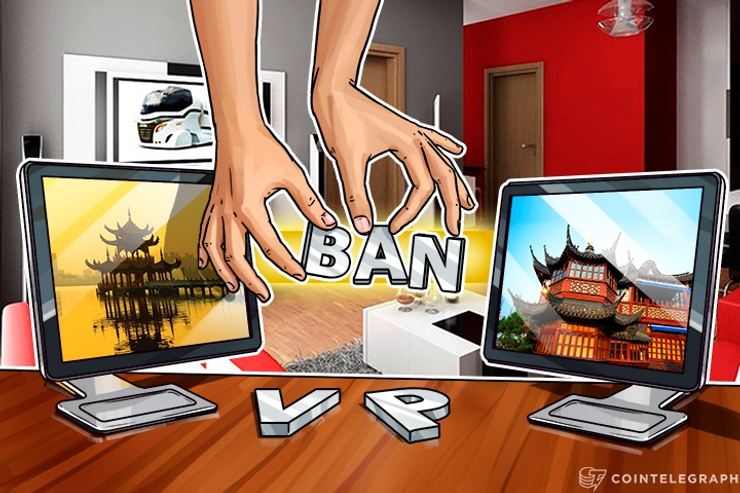 Amid uncertainty regarding cryptocurrency trading, China has announced a formal ban on the unapproved use of virtual private networks hereinafter VPNs within its borders.

Local news outlet Leiphone cites the country’s Ministry of Industry announcing that “without the approval of the telecommunications authorities, gateways including virtual private network VPN and other channels shall not be self-established or leased to carry out cross-border business activities.”

VPNs have been a method of bypassing China’s existing blocks on multiple social networking and foreign news sites.

“In recent years, with the rapid development of network information technology, cloud computing and large data applications, China's Internet access service market is facing a rare opportunity for development, but signs of disorder will also appear and there is an urgent need for regulatory norms.”

Clamping down specifically on “business activities” could well have an impact beyond the telecommunications sphere. Specifically, strengthening the law could also be a long-awaited response to capital outflow, which is suspected to be undermining economic progress.

“The international private gateway leased by a telecommunications enterprise to the user shall be used exclusively for internal use only by the user, and shall not be used to connect to a data center or business platform inside and outside China to carry out telecommunication business operation activities.”

The situation with the country’s crypto exchanges meanwhile remains tense. Flagship exchange BTCChina announced it would be imposing trading fees from Jan. 24 “to curb market manipulation and volatility.”

Senior staff has stated no official results from an inspection by the People’s Bank of China has yet been published.

“BTCC has not yet received any official statement from regulators, including the PBOC, following discussions over the past few weeks,” the exchange said Jan. 18.

The articles saying there are preliminary results have no sources. They cite themselves. I'd wait for official news & then make conclusions. https://t.co/Co8N3UbMmz