China Is Opening Doors to Blockchain — Private and Public

China has been changing its attitude towards blockchain, eventually coming to praise the emerging tech 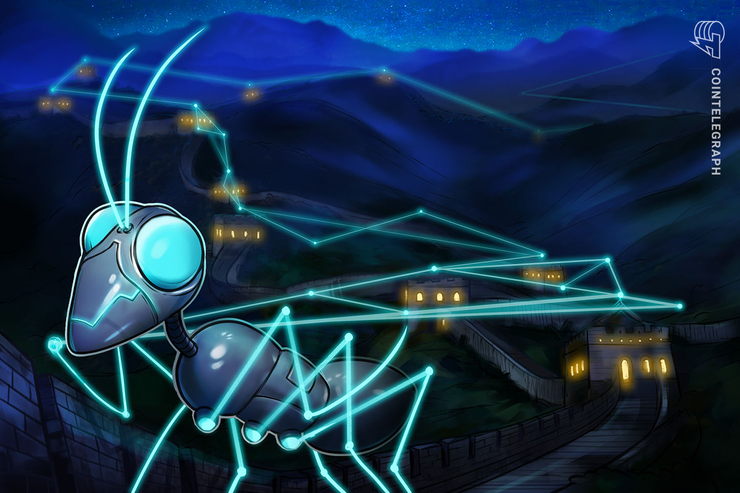 The first blockchain industrial park was opened in Shanghai’s Baoshan District in November 2016 with the goal of not only developing blockchain technology for government-related work, but also for connecting the technology with finance, insurance, real estate, intellectual property and other industries.

Shortly after the launch in Shanghai, blockchain industrial parks emerged in other cities across China, such as Hangzhou, Chongqing, Suzhou and Changsha, with a total investment of more than 170 billion RMB ($24 billion) and a large amount of this funding coming from the government. With this amount of investment and distributed “playgrounds” to explore the country’s future with blockchain technology, it is natural that China is aiming to become a leader in the blockchain space.

Over the past couple of years, Chinese businesses have led the way in blockchain patent applications worldwide, with total patent applications from the country exceeding 6,000. Among the tech triumvirate, collectively known as BAT (Baidu, Alibaba and Tencent), this figure is even higher, with Alibaba holding 534 patents alone, and many other organizations establishing blockchain departments focusing on “blockchain-as-a-service.” Other large commercial players like China Merchant Bank have partnerships with blockchain companies such as Cryptape.

Related: US and China Battle for Blockchain Dominance

China has always opposed perceived abuse of blockchain technology. Its crackdown on initial coin offerings in 2017 is a strong example of such. During this time, ICOs and fiat-to-crypto trading were banned in an attempt to regulate the market and safeguard Chinese citizens from scams amid a generally unregulated industry.

Despite this, China has possibly the most active secondary market in the space. This is why most global projects go to China to build their communities and promote their work. As a result, China might be the country with the most consortium chains and permissioned blockchains. The aforementioned blockchain explorations by the BAT group are all within the consortium chain space too.

The secondary market in blockchain technology grew rapidly due to several reasons. The enormous amount of mining activity brought a large number of coin holders, while China’s growing middle class has a stronger interest in investment, and the emerging cryptocurrency market offers a way to diversify portfolios and circumvent China’s capital controls.

This results in a larger amount of newly established crypto exchanges from China, even after the 2017 ICO hype. However, few are known to the global market besides Huobi and OKex.

Some of these new exchanges started out by listing multi-level-marketing projects and are now among the top 20 cryptocurrency exchanges according to their daily trade volume on CoinMarketCap.

Recently, the Chinese government increased its efforts to eliminate all activities involving fraudulent use of blockchain, with several small exchanges being investigated and many others shifting their business models. Despite this, the market will eventually become fully regulated.

Prospects for the future

After President Xi’s pro-blockchain comments at the end of October, the game has changed in China. As one of the major countries with an interest in blockchain, the attention and the resources that will be allocated to its development will be tremendous.

Chinese colleges and universities are already providing classes about blockchain, while the government is educating people in the public sector about it and events about the technology are taking place on a daily basis to help educate the country’s 1 billion-plus population

While most of the supported blockchain projects are permissioned for the time being, with public blockchains and their ecosystems still considered sensitive (especially for government use cases), the Chinese government has realized that public chains are crucial due to their decentralized nature — a fundamental value of blockchain technology.

Due to historical events and a lack of regulations, the Chinese government has many reasons to remain cautious about developing and supporting public chains. However, the Chinese government and other commercial players have likely realized the difficulty in curbing the use of public blockchains and is working with selected projects to explore and foster this novel area.

This is what the <a href="https://finance.yahoo.com/news/blockchain-startup-conflux-shanghai-government-090000250.html?guccounter=1&guce_referrer=aHR0cHM6Ly93d3cuZ29vZ2xlLmNvbS8&guce_referrer_sig=AQAAAALjUyHlrvBbhVKAZF13hT7JPIiKC6VhaBAaFyN1AdJ7IrCyBaZlitgf8s8bmINxS3bzT3hq4GBDaiClyxAyXudNn11SezKqRmNiu15YVu7WrjX4qmG0nSRC6yPmqMY8i4X3FsItccZCZbCJ