Why did the Bitcoin network’s hash rate suffer a mysterious flash crash earlier this week? 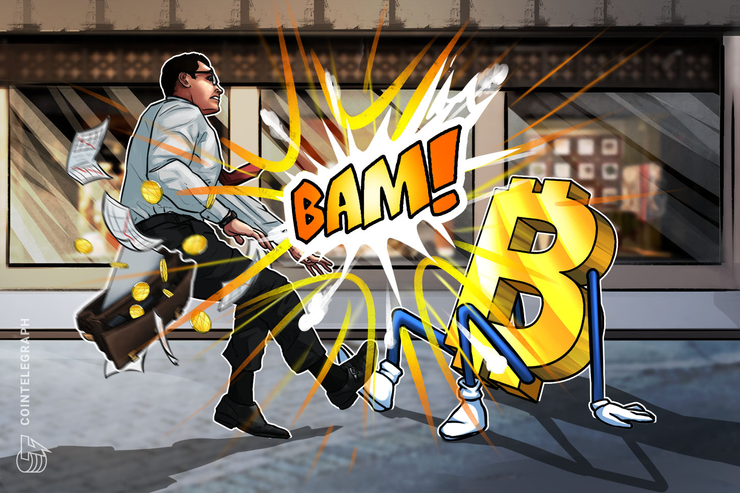 As reported, this sharp, sudden drop broke the network’s streak of new all-time high hash rates throughout summer 2019, sparking commentators’ speculation as to what could have triggered the crash.

One explanation has been proposed by a Cointelegraph reader signed as “Jeff Brandt,” who responded to coverage of the phenomenon with a theory that the temporary downturn in mining was connected with a move to update S9 ASIC miners from Bitmain ahead of the Bitcoin network’s forthcoming difficulty increase:

“The next diff [difficulty] increase in 2 days will push previous gen S9s (roughly 50% of the network) below profitability. Last week an unrestricted firmware for S9s was posted and every large farm operator is working at a feverish pace to get approximately 3 million machines updated. The new firmware has optimizations that squeeze the very last bit of efficiency out of the S9 lowering the watts/thash-sec from 96W to ~80W. Some machines can perform with no degradation to speed, while older machines must drop performance by ~30% to achieve the same results.”

Christopher Bendiksen, head of research at digital asset manager CoinShares, has meanwhile attributed the sharp spike downward to a statistical relic, arguing that:

“PSA: #bitcoin hash rate is not a known measure. It can only be estimated from previous block intervals. Block times are Poisson distributed which sometimes causes large variance in block intervals. If several slow blocks happen in a row, it makes these estimates spike down.”

In a follow-up tweet, Bendiksen clarified that the hard spikes — both up and down — on popular Bitcoin hash rate estimate graphs do not reflect real-world rapid growth or drops in hash rate levels, but are instead “simply a relic of the inherent variance in PoW mining.”

“This is the exact reason why the Bitcoin protocol uses the average over 2016 blocks (2 weeks at 10m blocks) in its Difficulty Adjustment Algorithm.”

Back in November 2017, Bitcoin experienced a sudden downturn in hashing power of close to 50%, prompting fears at the time that miners could switch over to the forked network, Bitcoin Cash (BCH).