Interview with Eric Ly, Hub founder and LinkedIn’s co-founder. Why do social networks apply crypto ads bans, where to find trustfull communications, how to build reputation system around the ICO ecosystem. 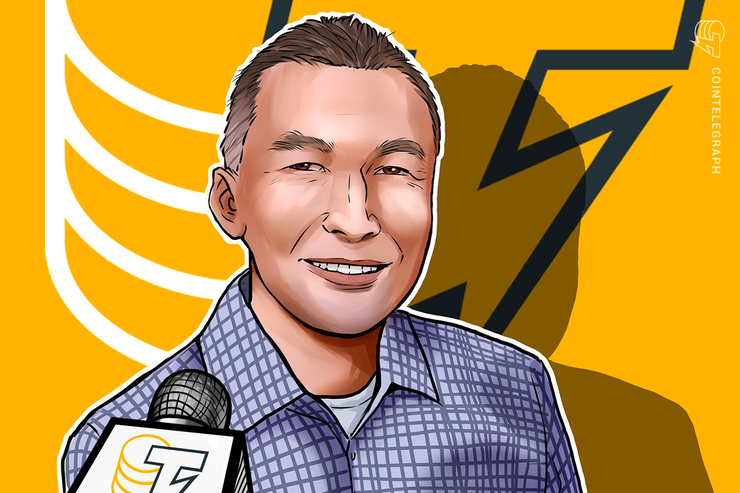 The headline of this article has been updated to avoid misinterpretation.

Cointelegraph had a chance to talk to Eric Ly, Chinese-American investor and businessman and co-founder of LinkedIn, where for years he also served as founding CTO.

In the beginning of his career Eric held technical positions at prominent companies such as Steve Job’s NeXT, IBM or General Magic, before co-founding LinkedIn with his Stanford classmate and other colleagues in 2002. There, among other things, Eric was responsible for developing software integrations with software such as web browsers and Microsoft Outlook. Eric left LinkedIn in 2006 to develop his own projects.

Now Eric is launching a reputation system around the initial coin offering (ICO) ecosystem that aims to help people make trustful decisions while buying and selling something.

We talked about Eric’s new project, the role of reputation for everyday communications, social media, and cryptocurrency development.

I believe that these kind of platforms are conservative protective approach for themselves. Recently, the Securities and Exchange Commission (SEC) has been asking a lot of questions and subpoenas for information from people and companies. I believe that is a protective measure from a lot of these companies to not engage in new form of not advertising, but activities by ICOs, they probably want to avoid potentially uncertain interactions with SEC.

But I do believe that this is a temporary period because like many domains, advertising has an incentive to support as many domains as possible. So when regulatory clears itself up, I believe there will come a time again when advertising of this nature around token sales will be re-permitted on these platforms.

On protective measures against scams and other motivations behind these bans

This is the only one that I can think of because back in the early 2000s there was this Digital Millennium Copyright Act, which allowed all of the online platforms to disassociate themselves from the responsibility of the content that their users would put onto their platforms. So that is very key act made it possible for web 2.0 to really flourish. Advertising really should be covered under that regardless of whatever domain is advertising.

But I do believe that the ban is fundamentally around just kind of a conservative protective measure that these platforms have to not have to be entangled with the answering the SEC’s potentially interesting questions, which they don't have to deal with.

On cryptocurrency related ads on LinkedIn

I don't believe LinkedIn has yet made a decision, you know, like the other social platforms, and it remains to be seen whether they will go in that direction. I wouldn't be surprised if they made a similar decision based on similar reasons. But at this point we're just conjecturing what the reason might be.

Eric Ly left LinkedIn in 2006, founded an event app platform in 2007, and now is developing a sophisticated project for the crypto community. He is CEO and founder of a Blockchain based trust protocol Hub.

Hub protocol in a glance

I have many simplified versions – I am trying to pick the best one. Hub is trying to put reputation on the Blockchain. What we believe is that trust and reputation are really valuable to people and right now they're all locked up in centralized databases. What we're trying to do is basically put that information onto a Blockchain so that people can control that information, so they can bring it from one marketplace or a community to another and really derive the economic benefits from it. We believe that in the coming years, billions of people around the world are going to be creating trustworthy relationships with each other using a Blockchain.

We have the initial protocol implemented and nearly ready for release - and we're working on finishing the first proof-of-concept on the protocol, which will be a reputation system around the ICO ecosystem. We figured that was a great place to start and, you know, it provides a really great opportunity for us to kind of showcase the value of the protocol itself.

On sharing information in everyday interactions

We definitely see a lot of use cases around buying and selling and that exists across many different industries and different domains. We believe that transactions actually start with just interactions: people interacting with each other and basically sharing information and engaging with each other in conversations. There also needs to be an element of trust and reputation as well.

How do you know that the information that you are reading or somebody that you're interacting with is a trustworthy source? We want to solve that problem as well. Because that is really the basis on which people make sometimes very important decisions about what they're going to buy, what they're going to sell.

So the whole process starts much sooner than just a transaction itself. So that's what we want to cover the interaction part of it.

On tokens in a trust establishment

Tokens are really designed to incentivize trustworthy interactions and the building of reputation data on the Blockchain, which hopefully further creates trustworthy interactions. One of the design goals that we had for our token was that it is impossible to buy trust. We really wanted to design that in - you cannot buy the tokens and have more trust.

So what the tokens allow you to do is staking mechanism for various kinds of interactions that people might have - we define interactions very broadly. But you can imagine a buyer-seller scenario or a people sharing information with each other. Across all of this - the idea is that people can stake tokens on the interaction. It's almost like a bond that says I'm going to act in a trustworthy way in this interaction. If I do that and the other parties agree, I'm going to get those tokens back, I'm going to get my bond back and I'm going to get rewarded with some additional tokens that I can take for some future interactions. But if things don't go well, then the tokens that I have staked, might be at risk and might be given to somebody else who sort of lost out on a certain transaction, for example. So, that's how the token works.

How to measure reputation

The important point is that you cannot buy your reputation. Otherwise, the whole purpose of the reputation system is defeated. So the way that we measure reputation is really on all of those granular interactions that are happening with the staking going on. So we remember, on the Blockchain, all the different interactions and transaction builds up a reputation history. That could be scored by different kinds of sco