A popular crypto analyst has come under fire for allegedly manipulating screenshots to bolster the purported performance of his trades.

7489 Total views
154 Total shares
Listen to article
0:00
News
Own this piece of crypto history
Collect this article as NFT

A crypto market analyst with more than 63,000 followers has come under fire for allegedly photoshopping numerous screenshots to give the impression that his trades were more successful than they actually were.

A Twitter user going by the alias of “King” posted purported screenshots on March 14 which allegedly show that Jacob Canfield, the self-proclaimed “#1 cryptocurrency analyst” on Twitter, has consistently manipulated images depicting the performance of his trades.

Responding to the “mob mentality” on Twitter, Jacob Canfield publicly admitted to photoshopping “a handful of trades” posted to Twitter “to make them look better” in a now-deleted post from March 13. In the post, he appears to have added that the photoshopping “will never happen again.” 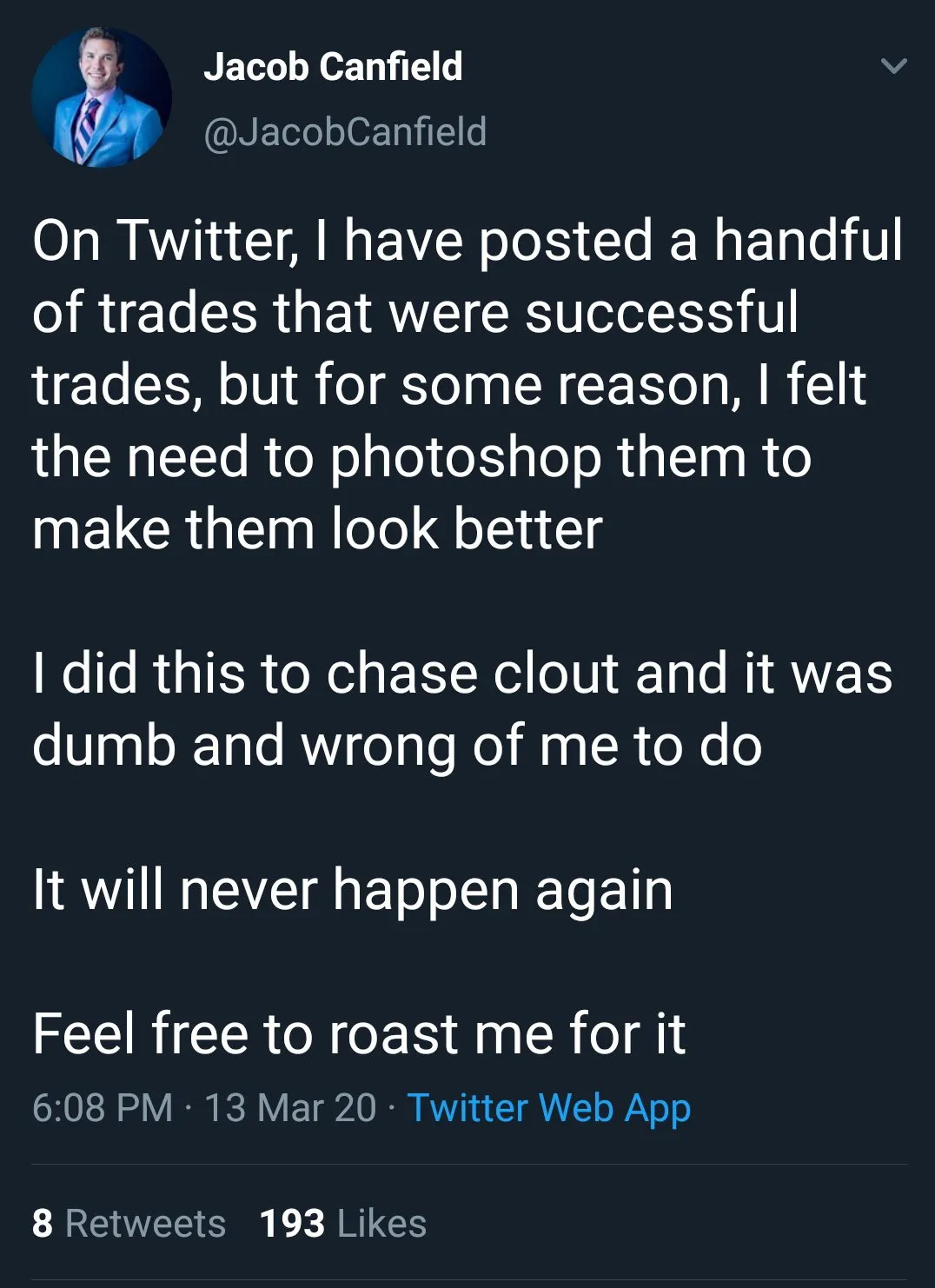 However, on March 14, King posted supposed screenshots indicating that Canfield had altered images to change his purported returns from 7 Bitcoins (BTC) to 15.59 BTC on the same day that he supposedly promised not to falsify images of his trades.

The post seemingly contained screenshots of messages sent between Canfield and King, in which Canfield candidly admits to using photos to alter the 7 BTC profit to 15.59 BTC. King claims to have evidence of more than 10 screenshots that have been manipulated.

The drama has escalated over the past 24 hours, with King offering not to contact the United States Securities and Exchange Commission in exchange for Canfield dissolving his premium subscription group, Signal Profits.

On March 15, King uploaded more apparent screenshots of a dialogue between himself and the trader, with Canfield purportedly accusing King of attempting to blackmail him.

In the exchange, King repeatedly indicates that he is open to considering an alternative to his offer of Canfield deleting his group.

King also threatens to send screenshots of their dialogue to the Discord users of King’s trading group if he does not have another solution, saying, “Also just scraped all discord users IDs in your group that I’ll send this convo to if you don’t have a solution.”

Canfield has since stated that he will stream his trades live in the future.