Crypto Fans Often Clash on Twitter — Now, They Can Battle in a Game

Crypto rivalries are nothing new, with fans constantly battling one another on Twitter. Now, a game is being launched that’ll allow them to fight for glory.

A new game featuring clans of cryptocurrencies and actual influencers from the space is being launched, enabling groups of crypto fans to battle it out in 3D fights #Sponsored 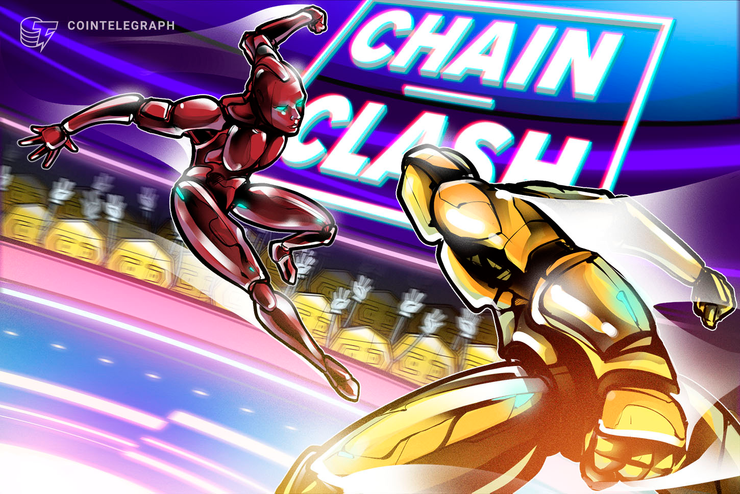 Whether a player is Bitcoin versus Bitcoin Cash, Ethereum versus EOS, or EOS versus Tron, Chain Clash hopes to create an engaging environment where clans of crypto fans can battle it out in 3D fights. Avatars represent the members of each clan, and they can either have a human or an android appearance. Influencers and celebrities like Brock Pierce, Roger Ver and Crystal Rose are also getting on board — tasked with representing the cryptocurrencies and communities they’re passionate about, and fighting to give them an upper hand.

“The goal is to feature the most recognizable people from the crypto space over time which can be collected and trained by the users, thus demonstrating the potential of their respective communities,” the team adds.

According to Chainwise and DNA Block — the companies behind Chain Clash — cutting-edge scanning and rendering technology is being used to represent real-world people during the 3D fight scenes throughout the games. The platform also says that its avatars are collectibles that can be traded freely — and better still, they continually improve. Chain Clash is set to be the first of a series of games featuring these avatars, with an interactive fighting game in the works and set to make its debut next year.

According to the developers behind Chain Clash, a common question is this: Why should players care if their favorite crypto isn’t in the game yet? To begin with, five coins are going to be battling it out with their own clans: Bitcoin, Bitcoin Cash, Ethereum, EOS and Tron. It doesn’t necessarily mean that other digital currencies aren’t going to be added in the near future — and the team says a lot of debate went into deciding the clans that’ll be available at launch.

Each clan will be adorned with its own colors and logo prints — and as time goes on, more advanced, sophisticated and specific looks for clan avatars will develop. This is going to be coupled with unique genetics that will determine future development whenever new experience is accrued. As a Medium blog post explains: “Their fundamental predisposition to gain strength, resilience, agility or wisdom strongly depends on the attributes of the clan’s blockchain. Think of it this way: Can you imagine a Bitcoin avatar being very agile and speedy? Really? Think again.”

The team notes that there are different fight moves of which the effectiveness depends on the respective attributes and the fight strategy the opponent has chosen. Luckily, the two fundamental mechanics — leveling and training — allow players to strengthen their avatars. When an avatar gains more experience, it will reach a new level and increase its attributes. Besides this, an avatar can go through training and be boosted through a variety of available in-game items, which users can earn or buy from the market.

With crypto fans constantly clashing on Twitter about the pros and cons of the coins on the market, Chain Clash says it wants to bring these rivalries into the game space — and figure out which community enjoys the most support overall.

A private beta helped to shed some light on the state of play at the moment. Although there were some fluctuations in the levels of support, Bitcoin dominated activity with 37.8% of clashes, followed by Tron and EOS on 22.5%.

A presale is set to begin on Nov. 4, and it will run all the way until Dec. 3. Avatars are going to be available in five varying levels of rarity — common, rare, epic, legendary and mythic. Super-rare celebrity avatars are being thrown into the mix, along with in-game items.