The team behind “one of the world’s most secure mobile cryptocurrency wallets” is hoping to offer simple and easy access to millions of unbanked people. 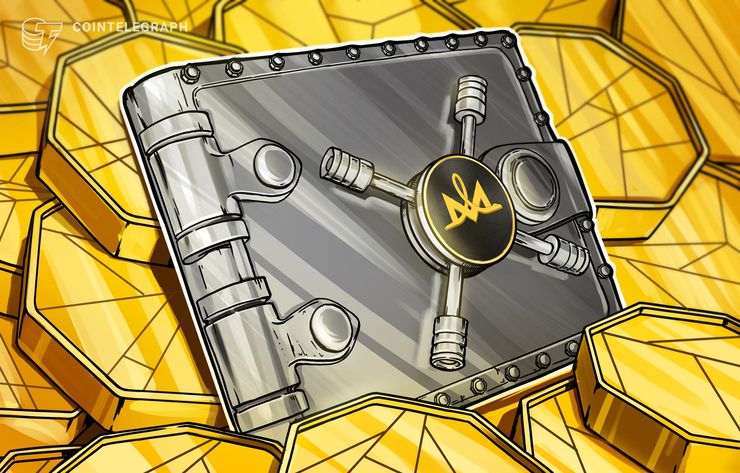 The company behind “one of the world’s most secure mobile cryptocurrency wallets” says its platform offers banking-grade features to protect tokens, while ensuring that completing transactions is as simple as “sending a text.”

SovereignWallet says one of its main motivations is promoting financial inclusion and enabling the unbanked to create accounts for crypto directly from their smartphones. Through its wallet, Ethereum and its own utility token can be sent to recipients easily — and users receive notifications when transactions are completed. It plans to support other cryptocurrencies in the future.

According to its white paper, the platform is hoping to tackle the high costs associated with sending remittances around the world. It cited research from the World Bank that showed 250 million migrants sent $583 billion to their families in 2014, yet often faced “exorbitantly high” fees. SovereignWallet says that its service could prove quicker than conventional methods of sending remittance, with users enjoying “relatively low fees” by comparison.

Other features of the SovereignWallet app include a secure chat. Through end-to-end encryption, the platform says one-to-one and group conversations are “guaranteed to stay private.” Chat histories are not stored on its server, and messages which are sent in error can be deleted quickly.

SovereignWallet argues that, while blockchain is secure, the infrastructure supporting it is not — creating the risk of major breaches and affecting confidence in crypto. It says its team has applied more than 20 years of experience in developing secure products for banks and governments.

The platform says it is a part of blockchain 3.0 — harnessing the latest advancements in this technology. As well as offering considerable improvements when it comes to smart contracts, scalability, interoperability and sustainability, SovereignWallet claims this latest generation helps eliminate pitfalls, such as slow transaction speeds, huge energy requirements, programming errors and security flaws in smart contracts. As it is decentralized, all data would remain with the users.

Its ecosystem is underpinned by a new ERC-20-compliant token known as MUI. SovereignWallet says it is designed to try to eliminate the volatility that’s seen in many cryptocurrencies — effectively meaning they are unsuitable to store value and impractical to use for everyday purchases. Illustrating why the status quo needs to change, its team wrote in a blog post: “Holding your wealth in cryptocurrency could see you rich one week and unable to pay your rent the next.”

The company has also warned that centralized exchanges are a “time bomb waiting to blow.” Not only have some of them already been blighted by major attacks because of their “dangerously flawed security,” but SovereignWallet says that these institutions continue to hold the majority of cryptocurrencies.

An ecosystem for the future

The company has recently added support for AirSwap (AST), 0x Protocol (ZRX) and OmiseGo (OMG) tokens to the wallet. Now these tokens can be transferred via the SovereignWallet interface.

Beyond remittances and instant messaging, SovereignWallet says it will enable ICOs for fledgling startups to be implemented properly. In time, the platform will also offer a decentralized exchange.

The company is holding a token sale, which is designed to fund the completion of its app. The second phase, which will see MUI tokens offered to the public, begins at 10 a.m. Korea time on Sept. 5 and concludes just before midnight on Sept. 30. A total of 50 million MUI tokens are being sold, with an exchange rate of 1 ETH to 5,000 MUI.

Seokgu Yun is the founder and CTO of SovereignWallet, while his co-founder Frances Kim serves as COO.

The company was established in 2015, and the team hopes it will be able to reach out to the hundreds of millions of people who have a smartphone but no access to basic financial services — creating new opportunities and fueling economic growth.