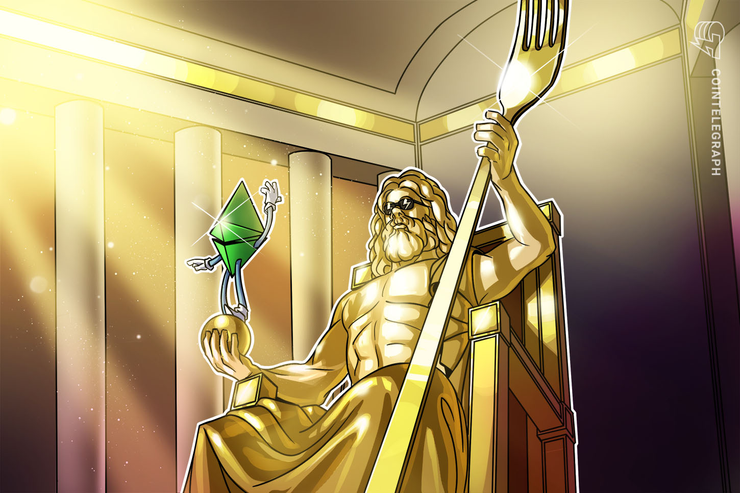 OKEx warned in the announcement that during the planned period, users should deposit their ETC to OKEx in advance since the exchange will handle related technical issues. Users’ ETC accounts will not be affected.

OKEx noted that it will resume services once the ETC mainnet is stable.

As previously described by Cointelegraph, Atlantis is planned to be a consistent, no-rush update that would ensure compatibility of ETC with Ethereum (ETH), leading to an easier collaboration with sibling blockchains. The hard fork is also expected to improve ETC’s functionality and stability.

“The community has had a number of meetings to discuss timing, scope and involvement, and we have decided on the direction and timing of the Atlantis release. So, the decision was made and the community and stakeholders are all moving forward.”

According to the Atlantis hard fork proposal on GitHub, “establishing and maintaining interoperable behavior between Ethereum clients is essential for developers and end-user adoption, yielding benefits for all participating chains (e.g., ETH and ETC, Ropsten and Morden, Görli and Kotti).”

In January, ETC developers were alerted of a possible attack on the network by Chinese blockchain security firm SlowMist, which was relayed to the wider community on Twitter. A tweet from the ETC Twitter handle, which has since been deleted, speculated that testing of new 1,400/Mh ethash machines by application-specific integrated circuit manufacturer Linzhi may have been a potential cause.

Subsequently, Coinbase also detected what it described as a 51% attack. The company then paused all ETC transactions.