Cryptor Trust launches a blockchain investment company, FinCEN says it is to perform an examination of digital currency-related enterprises and more news. 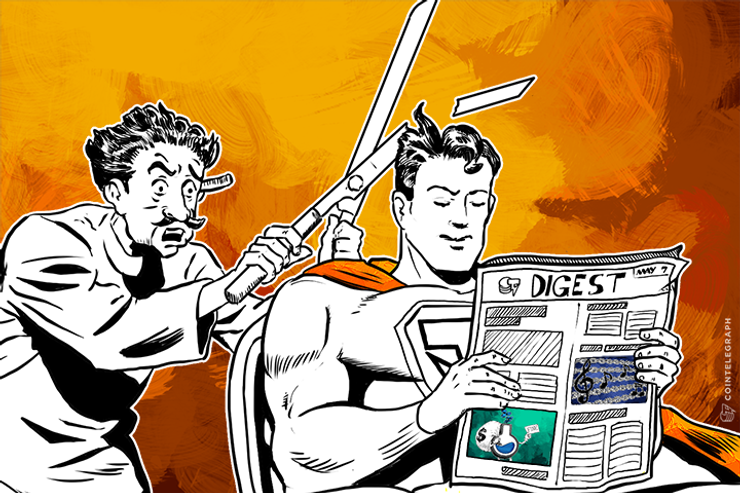 Cryptor Trust launches a blockchain investment company, FinCEN says it is to perform an examination of digital currency-related enterprises, and the American Bar Association to hold an event in June to deliberate on Bitcoin compliance and law enforcement. These are some of the top stories from May 7.

Cryptor Trust has announced in a May 6 press release that it is launching a blockchain technology-based investment company. The entity will be known officially as Blockchain Investor Inc. (BCI) and will develop a diversified portfolio of prime investments while at the same time providing the industry with a supply of long-term equity.

“It's my belief that Block Chain technology will be as important to the world as Gutenberg's printing press, and the Internet. For the first time in the history, we can reimagine how the world transacts without relying on an intermediary.”

Just a day after the US Financial Crimes Enforcement Network (FinCEN) announced that it had fined Ripple Labs US$700,000 for violations of the Bank Secrecy Act, its director, Jennifer Shasky Calvery, has said that the agency is investigating businesses in the digital currency ecosystem. Calvery revealed the news at the 2015 West Coast Anti-Money Laundering Forum in San Francisco.

"Working closely with our delegated BSA examiners at the Internal Revenue Service (IRS), FinCEN recently launched a series of supervisory examinations of businesses in the virtual currency industry."

Rock Band 22HERTZ About to Store Music Copyrights on the Blockchain

A Canadian Rock band out of Toronto has seen an opportunity in the Bitcoin Blockchain for their music. 22HERTZ will encode a copyright of their upcoming single by hashing it into an OP_RETURN function, a form of data that can be stored on the blockchain.

The band leader, Ralf Muller, explained the reasoning behind the decision:

“Two words, free and absolute. In Canada, it costs $50 CAD a pop for one song and all you get is a certificate mailed to you with the title of your work on it. How this would ever help you in court regarding lyrics or a melody is disheartening. I contacted their support to ask this question and they replied, "I can't answer that because I am not a lawyer." I got inspired when I read an article a few months back when someone hashed a book into the blockchain, first time apparently."

Bitcoin startup Bitseed has announced a bid to create its new plugin node through open sourcing. The company is promising a bounty-style rewards scheme for developers who will complete tasks and resolve any performance issues.

"The Bitseed Assembly community is our way of trying to make open-source development sustainable, and to financially support the open-source software that runs on Bitseed. If a contributor completes a bounty, they earn Assembly coins for that project."

After Getting Capital Backing, BitSpark Shuts Down Bitcoin Exchange to Focus on Remittance Service

In April, a group of prominent investors from Hong Kong closed a successful round of funding with BitSpark. A few weeks later, the company has made major changes in its operations. It is no longer going to provide exchange services on its platform but will focus on the growing remittance market.