Everything You Need To Know To Watch The Bitcoin Bowl 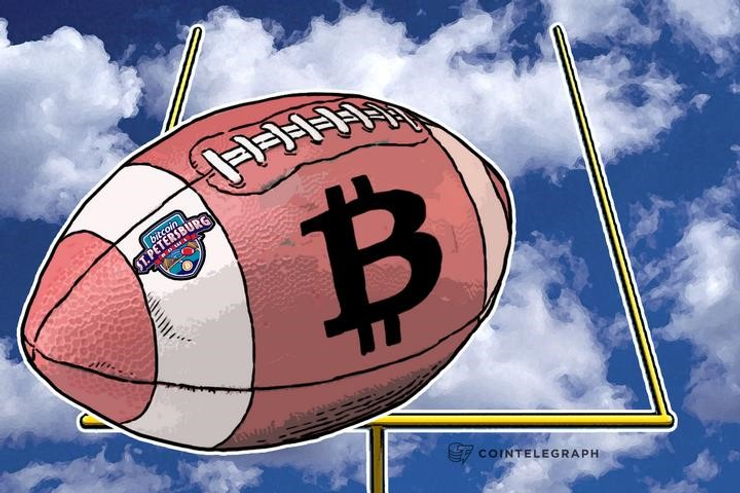 Are you planning to watch the St. Petersberg Bitcoin Bowl but don't know anything about the teams and players? Maybe you want to bet a few bits to make it interesting but don't know what way to lean?

Fear not, because here is everything you need to know. Including what players to watch, the story lines going into the game and everything needed to enjoy the first college bowl game sponsored by a Bitcoin company.

The St. Petersburg Bitcoin Bowl game is between the NC State Wolfpack (7-5) from the Atlantic Collegiate Conference (ACC) and the University of Central Florida Knights (9-3) from the American Athletic Conference (AAC).

The first thing anyone new to college football needs to be aware of, is that its postseason is in a state of flux. This is the first year that the national champion will be chosen by a playoff system. Four teams that were picked by a selection committee will play a three game playoff to determine the national champion. Previously, a selection committee and computer algorithm picked two teams that would play in the national title game, called the BCS championship. Bowl games predate even that system. While the major bowl games always had influence on what teams are in the conversation for national champion, there have always been several and even dozens of ancillary bowl games that don't have much of a impact on the top of the standings but nonetheless represent a reward for a successful season.

The St. Petersburg Bitcoin bowl is one of these ancillary bowl games that are not a part of the new playoff tournament, nor was it a part of the BCS discussion during that system. Ultimately, the final outcome of the game has very little barring on the rest of college football. But, for the players on the field, it can represent their last chance to show pro scouts their talents, an opportunity to end the season on a high note and a significant amount of national attention that they don't normally experience during regular season games.

For coaches and trainers, a bowl win can make the difference between a successful season and an unsuccessful one. Many coaches have saved their jobs with a good showing in a bowl game and the final jump in the ranking, not to mention additional exposure, can be an effective recruiting tool during the off season.

Central Florida managed to have a fairly successful season despite losing star quarterback Blake Bortles to the NFL draft last season. His replacement, Justin Holman has been more than adequate, but has also shown a proneness for mistakes, throwing 13 Interceptions (INT). He did manage to throw 20 Touchdowns (TDs) and 2,261 yards during that same period. The Knights started 0-2 after losses to Penn State and Missouri but managed to win their second straight AAC conference title while finishing 9-3. A 9-3 finish may seem somewhat lackluster after their 12-1 finish last year, that culminated in a bowl win over No. 6 ranked Baylor, but the second conference title in as many years is a first for the school. The school, often overshadowed by the powerhouses in the same state, is starting to show that it can be a consistent winner as well.

While the Quarterback position is the most scrutinized, it is UCF's defense that had the biggest impact on its season. Ranked 8th in points allowed, it is led by linebacker Terrence Plummer. The 6-1, 236 lb linebacker has 90 tackles and four sacks on the season. According to CBSsports, Plummer is a borderline NFL draft prospect, so a good showing by him in the Bitcoin bowl (and in the NFLPA Collegiate Bowl on January 17th) could go a long way towards improving his draft status.

The backend is headed by Cornerback Jacoby Glenn, who is considered one of the best Cornerbacks in the nation. Glenn is a Sophmore, has seven interceptions and solidified a unit that was expected to be a weak spot for the UCF defense this year.

NC State has had an impressive turn around season after going 3-9 last year. Their Quarterback, Jacoby Brissett has played very effectively, only throwing five INTs all year. The team as a whole has thrown six (one belonging to Freshman QB Garrett Leatham who started opening day but was quickly benched for Brissett) the fewest for a Wolfpack offense since 2002. Brissett is a transfer from Florida and has proven that he can score with both his feet and arm, having recently topped the franchise record for rushing yards in a game by a quarterback.

But the player everyone has their eyes on is running back Garrett Leatham. Leatham has a chance to become the first Wolfpack Running back to amass 1000 yards in a single season since 2002. Leatham had some issues with the legal system during the offseason and spent much of it suspended from the team. It took a lot of time for him to work his way back into the coach's good graces, but he really came on at the end of the year. He needs 189 yards to reach that goal, which won't be easy against UCF's fifth ranked run defense, but it isn't out of the realm of possibilities and his slow start to the season makes that even more impressive.

The St. Petersburg Bitcoin Bowl will air on ESPN at 8pm EST and is sponsored by Bitpay. UCF is currently favored by 2.5 according to Nitrogensports.eu.

Did you enjoy this posts? You may find these posts interesting as well.