On June 26, $675 million worth of Bitcoin options expired, while industry experts remain divided on its potential effect on price volatility. Some believe the record expiration date will cause Bitcoin (BTC) to see a large price movement.

With less than 24 hours until the highly anticipated expiration, Bitcoin’s price dropped by 7% on a single day on June 24. Traders speculate the drop was partially triggered by the uncertainty in the United States’ stock market. A rising number of coronavirus infections and concerns around the high unemployment rate led to an overall increase in caution toward risk-on assets, including Bitcoin and single stocks.

As Bitcoin approached the record expiration date on Friday after recording a steep pullback, the sentiment still remained generally cautious. Previously, Cointelegraph reported that $930 million worth of options was expected to expire. According to Deribit, $675 million worth of options officially expired on June 26. Data from ByteTree shows Bitcoin is trading at a premium, with miners selling 1,379 more BTC than they mined in the past week.

Traders do not necessarily anticipate the options expiration to be the main trigger of wild volatility. But a confluence of rising selling pressure from miners, growing geopolitical risks, and the options expiry could increase the likelihood of a spike in volatility.

According to Skew, most of the Bitcoin options contracts are expiring on Deribit. Since early 2020, Deribit has seen a significant increase in both daily volume and open interest. The term open interest refers to the total amount of all active options contracts in the market. By daily volume, Deribit has around 75% of the Bitcoin options market share, followed by CME at a distant second with a 17% market share. 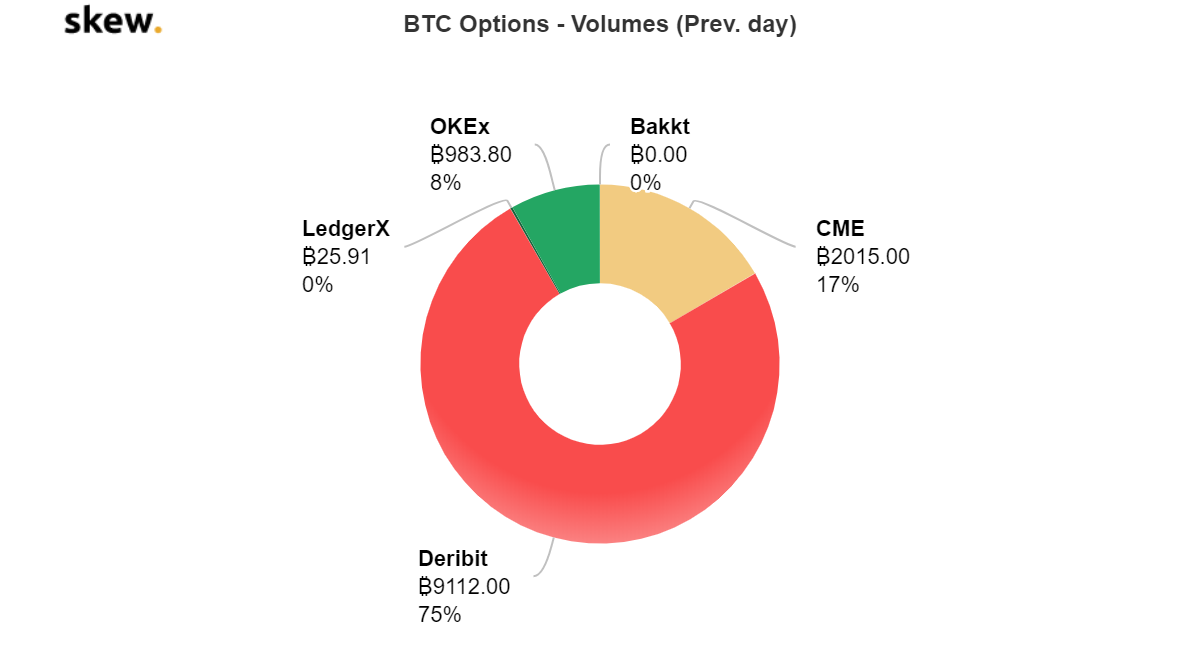 An options contract gives traders the right — not the obligation — to buy an asset at a specific price and date. As an example, if a trader bought an option to buy Bitcoin at $9,500 by June, the trader can choose to buy BTC at that price point by the end of the month. Following the expiration date, unwinding contracts put together with an increase in both buying and selling pressure at a key support range between $9,000 and $9,200 may add to the volatility.

Deribit CEO says the chance of volatility is small

Speaking to Cointelegraph in an exclusive interview, Deribit CEO John Jansen said that the options expiration is unlikely to directly cause a large increase in volatility. Jansen explained that chances of a volatility spike are low because in-the-money call options are limited at above the current price range. An ITM option allows a trader to buy an asset, in this case, Bitcoin, at a price that is lower than market value. That means the trader would have had to predict BTC to go up in previous months.

One reason ITM options may have little impact on the volatility of Bitcoin is if many of the options contracts were opened when the price of Bitcoin ranged between $9,000 and $10,000. Since BTC moved in between a tight range for over a month, recently opened options contracts may not create newfound buying demand and selling pressure. Jansen said:

“We will witness the biggest expiry to date and 115K contracts will expire, out of which 74K is held at Deribit. Total market open interest is just below $2 billion, another record, and confirmation of client interest in the asset class. Chances of volatility surges are small, as the number of ITM options is limited at these price levels.”

Jansen added that the Bitcoin options market continues to expand at a rapid rate, with Deribit seeing new highs for many metrics, including volume and open interest. Over time, it could increase the significance of the options market on Bitcoin’s price trend even more. 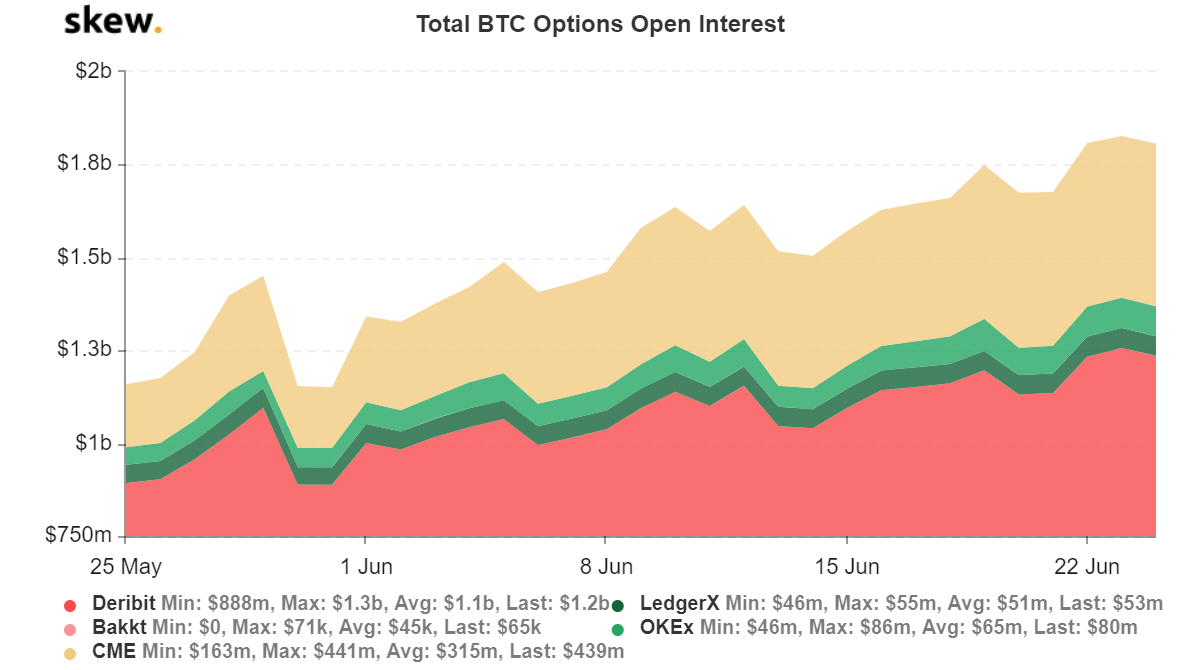 With institutional investors also becoming a larger part of the Bitcoin market primarily through Grayscale Bitcoin Trust alongside options, the dynamic of the cryptocurrency market may change in the coming months. Throughout the past three years, especially from 2017 to 2019, retail traders have dominated the Bitcoin market. The daily volume of BTC was mainly split between spot and futures.

In the upcoming years, the ongoing trend suggests that options and institutional markets could rival spot and futures. The shift in trend could potentially cause Bitcoin’s price to break out of previous price patterns and cycles. Technology researcher Kevin Rooke said in a tweet:

For instance, if the options and institutional volume grow to a point wherein they can rival the futures market, it may decrease the likelihood of a huge cascade of liquidations. On March 13, Bitcoin’s price dropped below $3,600 on BitMEX after $1 billion worth of futures contracts were liquidated. Industry executives warned that Bitcoin’s price could have fallen to $0 in theory because the number of liquidations in a short period of time was so large.

If the Bitcoin market sways to spot, options and institutional over time, it could decrease extreme volatility and reduce the chances of massive liquidation-led corrections.

What can options do to the short-term Bitcoin price trend?

In the short-term, traders overall seem to be expecting an increase in volatility. But, similar to Jansen’s explanation, it is not due to the options expiration. Michaël van de Poppe, a full-time trader at the Amsterdam Stock Exchange and Cointelegraph contributor, provided his insights on the issue:

“Short term, some volatility movements could occur, as the expiration day is usually a volatile day. Further, I’m not assuming we’re going to see much significance coming from them, as it’s just a bump on the ride and the majority of the trading will jump over to the next contract and quarter.”

Van de Poppe added that “the overall view needs to remain the primary view on the markets, regardless of intra-day movements on the expiration.” In the near-term, van de Poppe explained that the trend of the market will likely have a more significant impact on Bitcoin’s price, rather than the expiration of options.