Many Bitcoiners believe ‘unlimited money printing’ will cause hyperinflation and boost BTC’s price — but experts believe deflation could be on the way.

Many Bitcoiners believe that 'unlimited money printing' will cause hyperinflation and a major BTC price spike this year — but experts in the U.S. and Australia predict deflation is more likely to be on the cards.

The Reserve Bank of Australia, ING Bank, The New York Times and UBS are just a handful of organisations who think deflation could be a consequence of falling oil prices and a glut of products due to the plunge in demand caused by lockdowns

That's in stark contrast to the “Money printer goes brrrr” crowd who believe that “unlimited quantitative easing” this year will inevitably lead to hyperinflation and see a surge in demand for Bitcoin with its fixed supply of just 21 million coins.

A new survey by Paxful of 500 crypto users found that more than half of Bitcoin holders in the U.S. see the cryptocurrency as a hedge against inflation. 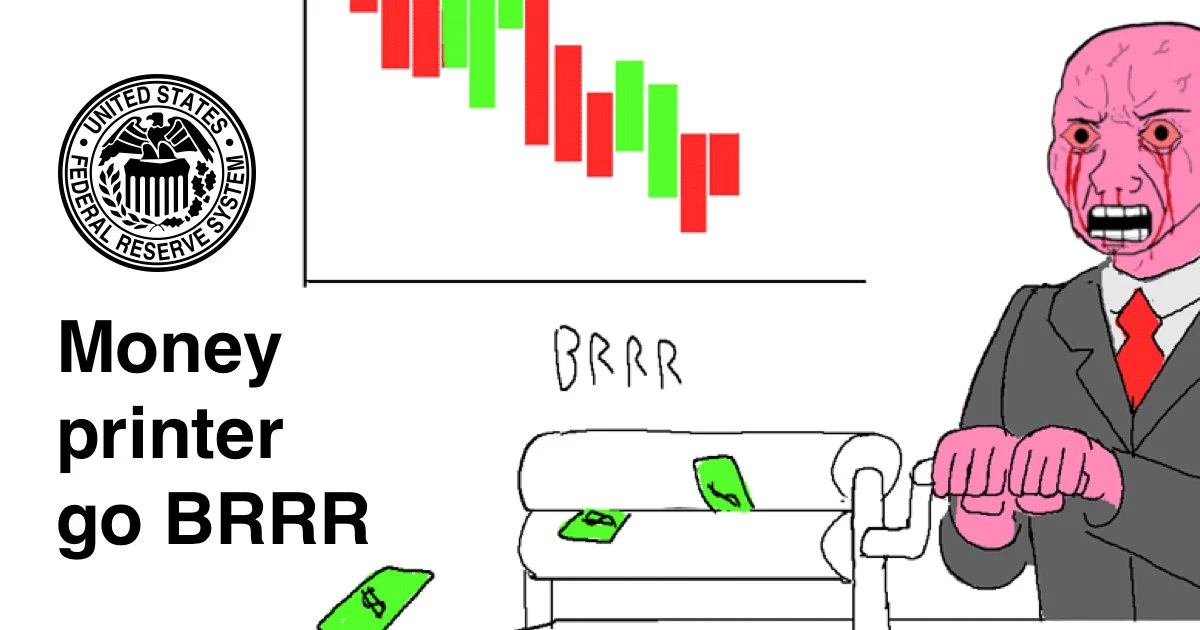 Crypto analyst Plan B argues that money printing benefits Bitcoin, and his stock-to-flow price model is predicated on the block reward halving in May reducing the rate of Bitcoin's supply and pushing up the price. Bitcoin's annual inflation rate after the halving will be 1.8% while gold will be at 2.5%.

It’s interesting to note that inflation in the US actually fell 0.4% in March to 1.5% — and many believe that inflation will only go down from here. New York Times Senior Economics Correspondent Neil Irwin wrote this week the negative oil price was a sign the world is in “a deflationary moment".

“The Covid-19 crisis is an extraordinary deflationary shock to the economy, causing the idling of a vast share of the world’s productive resources,” he wrote.

In the case of oil, that’s because demand has fallen off a cliff, leading to a glut of product and pushing prices negative. He argues that similar supply and demand effects will be seen across the economy. Demand has slumped everywhere from restaurants to airlines, sports arenas are empty, and 22 million workers have filed for unemployment.

"All of that points to a deflationary collapse — a glut of supply of goods and services, and consequently falling prices — that surpasses anything seen in most people’s lifetimes.

ING Bank's Chief International Economist James Knightley has made a similar point and argues that the collapse in energy prices and surging unemployment will soon see a “negative headline CPI” (Consumer Price Index).

In his article "US: Deflation is on its Way" he pointed out that expectations that quantitative easing (QE) would lead to inflation hadn’t been borne out “after the Fed’s QE1, QE2 and QE3 programmes" following the Global Financial Crisis. He suggested the dollars from the money printer would probably go into propping up financial assets, rather than into the pockets of consumers.

Knightley cited the minutes of the Fed Reserve's March meeting that suggest they believe that even with money printing and the economy reopened, "inflation was projected to weaken".

The Governor of the Reserve Bank of Australia Philip Lowe said in a speech this week the country faced the biggest hit since the Great Depression and that deflation was a likely outcome in the June quarter.

“The large fall in oil prices, combined with the introduction of free childcare and the deferral or reduction in some price increases means that it is quite likely that year-ended headline inflation will turn negative in June. If so, this would be the first time since the early 1960s that the price level has fallen over a full year.”

The RBA has fired up the money printer for the first time in its history, but told national broadcaster the ABC recently the incredibly low inflation rate in the decade after the GFC was a good indication inflation was an unlikely outcome.

He’s backed up by UBS chief economist George Tharenou who said the oil price, falling rents and desperate discounting by retailers due to low consumer demand will see the Consumer Price Index in Australia fall by 1.5% over the next three months.

Bitcoin is still a good hedge against inflation

Plan B may well be right that Bitcoin is a good hedge against inflation. After all, Bitcoin is already being used for that purpose in countries such as Venezuela and Zimbabwe that are experiencing hyperinflation. Arcane Research has also published research suggesting demand on LocalBitcoins in Argentina has just hit record highs, partly due to increasing inflation. And it’s hard to argue with those who point out the purchasing power of $1 in USD has dropped around 99% over the past century.

But while Bitcoin may be a good hedge against inflation, if the experts are to be believed,  there’s not a lot of inflation that’s likely to occur —  in the near future at least.