The first Bitcoin block in support of Bitcoin XT has been mined by Slush Pool; the bitcoin price has plunged over 13% and more top stories for August 19. 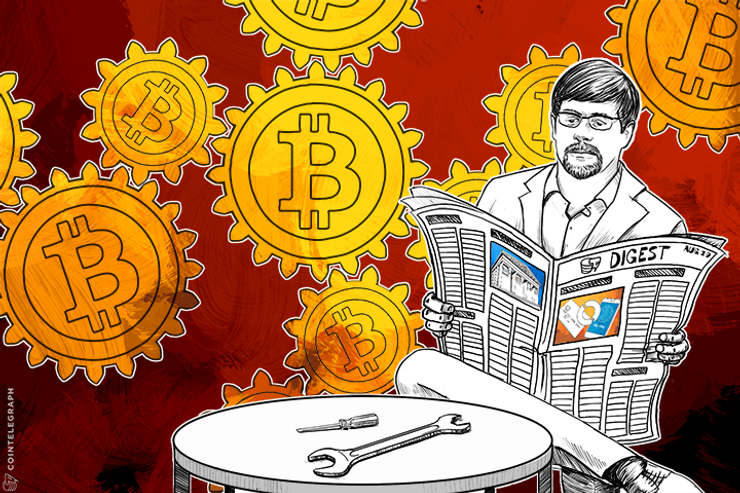 The first Bitcoin block in support of Bitcoin XT has been mined by Slush Pool; the bitcoin price has plunged over 13% and more top stories for August 19.

The first Bitcoin block in support of Bitcoin XT has been mined by Slush Pool. As indicted by its version number, the Bitcoin block effectively constitutes a vote for a network wide switch to Bitcoin XT in order to allow for bigger blocks. Once 750 of the newest 1000 blocks on the Bitcoin blockchain are mined with a similar message, Bitcoin XT will switch to allow 8 MB blocks, a number that should double every other year. At press time, this block remains the only block mined in favor of Bitcoin XT.

The bitcoin price has plunged by more than 13% to US$221, its lowest price since June 5 and within striking distance of 4-month lows. The drop was the steepest for bitcoin since February. The bulk of the losses took place during a “flash crash” lasting less than an hour. At least partially to blame was a larger flash crash on Bitfinex, where prices plummeted to US$162, a loss of 35%, during the period.

“We are creating the ecosystem of bitcoin and blockchain solutions in the Greek market […] That will include the rollout of 1,000 ATMs and solutions for the e-commerce and tourism industry. Partnering with best of breed companies in the bitcoin space will enable us to provide the Greeks with solutions that will ease the difficulties of the capital controls.”

Bitcoin payments processor Bitnet and PAY.ON, a global provider of payment gateway solutions, have announced a partnership that will enable payment service providers to offer bitcoin as a payment method via PAY.ON’s RESTful API-based payment platform.

“Enabling cross-border e-commerce has always been a core part of PAY.ON’s offering, so we are delighted to be partnering with Bitnet to further strengthen the global payment options available