A hacker sent $11,000 worth of Bitcoin stolen in a bank heist to Kurdish fighters in the Rojava region of Syria who are locked in a deadly battle with ISIS 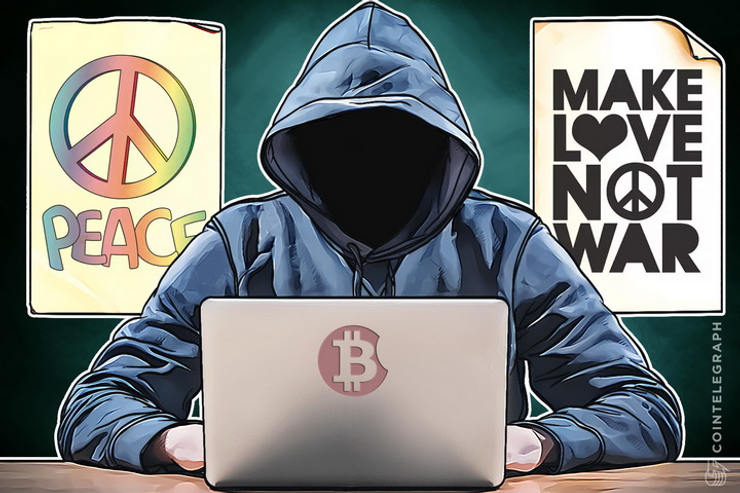 A hacker has stolen $11,000 worth of Bitcoin and donated them to Kurdish fighters battling ISIS.

The hacker, known as Phineas Phisher, donated the large sum to a group of Kurdish fighters in the northern Rojava region of Syria. Phisher later admitted on Reddit that the funds in question were stolen from a bank, though he declined to mention which one.

The fighters in Rojava, which Phisher called “one of the most inspiring revolutionary projects in the world,” are engaged in a conflict with ISIS, while at the same time facing a hostile Turkish government. Since the closing of the Semalka crossing with Iraqi Kurdistan, the remaining denizens of Rojava have fallen on hard times, with restricted supply lines and skyrocketing prices for basic goods.

Phisher made the redistribution of Bitcoin because of inspiration by the Rojava revolutionaries, according to a tweet:

“Rojava is one of the most inspiring revolutionary projects in the world today. I just donated 10000€ in bitcoin”

Since cryptocurrency is still in its infancy, not all potential pitfalls are known, and extra care must be taken in order to protect from theft. In one of the most high-profile cases, Bitcoin exchange Mt. Gox, once the largest in the world, lost 800,000 Bitcoin and has since imploded. Major cryptocurrency exchange BitFinex also fell victim to theft late last year, though the 1,400 Bitcoin loss represented only 0.5% of the exchange’s holdings. Recently, Gatecoin was also hacked, losing an estimated $2 million value.

Cryptocurrency exchange ShapeShift also lost $230,000 in a theft from a former employee. What ShapeShift did differently, however, was become honest with the public about the theft, and openly lay out how the hack likely happened, with hopes of preventing future incidents from occurring in the Bitcoin world.