How Social E-Commerce Can Solve Problems of Decentralized Markets

Jason Nguyen, the COO of Waterhole, on trends, challenges and future perspectives of decentralized markets 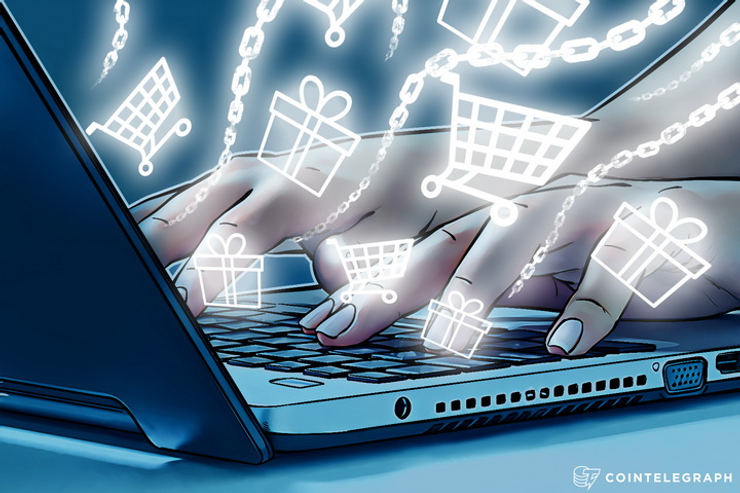 Decentralized marketplaces are one of the many rapidly evolving businesses in the fintech industry. To get a first-hand account of the major challenges and opportunities here, Cointelegraph has got in touch with the developers of the Waterhole service.

eBay, set up in 1995, has grown from a part-time hobby of its founder, Pierre Omidyar, to a huge multinational corporation.

It was one of the first decentralized marketplaces, with caveats. True, it is run by a central authority, but it allows people from all over the world to trade things with each other at a low commission - which is more decentralization, than any of the legacy auctions can boast.

Being one of the first adopters of that trend has allowed eBay to enjoy immense growth and become the 24th most popular website worldwide. And why wouldn’t it?

In the old days, if you had something of your own to sell, the available options were far from ideal.

You could set up a yard sale, hoping that a potential buyer interested in the stuff you had on offer would pass by your house and pay attention, which could ultimately lead to a sale at a large discount.

Or, you could open a stand at the local flea market and sit there all day, eagerly waiting for a customer, who could never come at all.

Now people have eBay, where they can list their goods from the comfort of their own home in a matter of seconds, and forget about them. Later, the system conveniently notifies them that there is a buyer, and all that’s left to do is make the shipment and receive the money.

It’s no wonder that these advantages translated into huge success for the company. But technology is always advancing, constantly enabling new possibilities and giving birth to new trends. And one principal direction the digital marketplaces are headed in right now, is further decentralization.

While eBay is not going anywhere, any time soon, we may still see strong competition from smaller companies, who embrace new ideas at a much faster speed than a giant corporation could ever hope to achieve.

One of the main criticisms leveled at eBay is its inadequate moderation of its own listings. Users are constantly reporting inaccurate, incomplete, or outright fake listings of goods by sellers. eBay has its own guidelines for such instances, but they are rarely enforced, which leads to regular buyers having to sift through tens, or even hundreds of items, until they find what they are looking for. And even then, there is no guarantee that the deal will be completed. There were instances where the buyers have received the purchased goods, and then falsely reported the opposite, with eBay eagerly refunding the money at the expense of the seller.

An obvious solution to this is hiring more people to rigorously track and moderate every listing which appears on the site. However, that solution is unfeasible on a large scale, when thousands of new items are being listed every minute. So the next favorable option is giving the users more control over how the deal is done - making it easier for them to determine the quality of the deals on their own.

One creative solution, with which that can be achieved, is integrating a social platform into the marketplace. eBay is a pure marketplace - trading goods is all there is to it. Which means that there is little connection between the actual people behind those deals. By making the connection between the goods and the person selling it more tangible, a platform could increase the quality of deals immensely.

That is exactly the approach taken by several companies operating in the crypto industry. Take a look at Waterhole, for example. Originally a Bitcoin trading and escrow platform with an integrated decentralized messenger feature, its developers are now working on adding a decentralized marketplace to it. By virtue of already having a functional chat, with the possibility of sending image and video files, Waterhole allows its users to maintain much more close contact with each other. The buyer can always ask the seller to send them a picture or a video of a given item, and receive instant answers.

Jason Nguyen, the COO of Waterhole, comments on this development: “The social e-commerce is a major movement right now. We see lots of small business owners build incredible reputations in the local communities: car dealers, plumbers, remodel workers, etc. A similar thing is happening on the Internet but it’s still in the early stage. In China, the largest social platform is WeChat, and some pro-sellers used it and outperformed their own sales on Alibaba, due to the instant messaging feature which allows for better communication between sellers and buyers. All that despite WeChat not originally being designed for commerce.”

Moreover, by having the buyers pay for the goods in Bitcoins (whose transactions are irreversible), the sellers can be confident that there is no potential for fraud in the form of payment reversal, after the goods have been shipped and received.

Another important benefit of decentralization is the lack of government interference. The infamous case of Silk Road comes to mind. This was a digital black market which operated in the dark web and specialized in illegal goods, such as drugs and firearms.

An FBI investigation into Silk Road was launched almost immediately after it had achieved significant popularity, which led to all its assets being seized by the government, Ross Ulbricht, its alleged founder, being sent to jail, and the service being shut down.

One can make an argument that this is not the way to go - despite the illegality of some of the goods that were traded on the market, and the possibility of someone purchasing them with a foul intent, any free person should still be able to decide for themselves if they want to make a purchase, if it does not directly harm others.

In this perspective, the decentralized marketplaces are the embodiment of the free market philosophy, even in their very name. Projects such as OpenBazaar or Slur are based on peer-to-peer algorithms and use Bitcoin to conduct payments.

Given their decentralized nature, it would be much more difficult for the government to interfere with the operation of these services, or even shut them down, when compared to highly centralized legacy services.

Waterhole COO on the current challenges

However, using Bitcoin has its own downsides - mainly, the coin’s fluctuating value. All goods on OpenBazaar are listed with prices in Bitcoins, which means that something that’s worth $20 today, could cost $15 or $25 tomorrow.

There are measures, however, which can be taken to address this issue. Waterhole, for one, gives its users the option to anchor the price of their goods to either Bitcoin or fiat, the latter option allowing for more stable pricing and safe deals.

In order to give you a better understanding of the industry of decentralized marketplaces, Cointelegraph has got in touch with Jason Nguyen, the COO of Waterhole, who gave us a first-hand account of how things work.

Cointelegraph: What stage of development is your marketplace in at the moment? How soon will the users be able to freely trade any goods they wish?

Jason Nguyen: The marketplace has been developed and is fully functional though we are always striving to improve the user experience as well as implement new features that would benefit both buyers and sellers.

CT: What are some of the major challenges when building a decentralized marketplace, from a technical, legal and economical perspectives?

JN: When building a decentralized marketplace, there are always hurdles and challenges that must be overcome. From a technical standpoint, the marketplace itself has to be able to be built upon strict security protocols since digital currencies are being implemented and goods are sold either in person or shipped to the buyer.

From a legal standpoint, the marketplace has to be regulated by its users as well as by the administrators in order to prevent illegal abuses such as narcotics and weaponries. By flagging posts by the users and having an actual person reviewing the advertisement, it would help prevent and curb any illicit activities from being encouraged.

From an economical standpoint, the users need to overcome the anxiety of a new method of payment like Bitcoin which allows for the irreversible transference of funds, which is useful for shipping products without the worry of having a chargeback months later down the line.

CT: Will the users be able to trade illegal goods on your marketplace, such as, for example, marijuana? What are the ethical implications of such marketplaces? Should people be able to trade whatever goods they want, without the government restricting them?

JN: As a company which relies upon trust and conformity to the laws of the land, Waterhole takes every possible measure to ensure a legal and secure trading platform for all users. As such, illegal goods will not be allowed on the marketplace and repeated offenders would be banned and reported.

We believe that complying with governmental laws are the safest way to operate as a company morally, as well as for the interests of the majority of our users.  Although we do encourage users to trade whatever goods they want, it has to comply at least under the laws of the land.

Our main focus is to compete with eBay with lower fees and no fraud charge-back. eBay and Amazon charge 10-20% for commision fee, while we only charge 0.99%-1.49% as a Bitcoin volatility value lock fee. We encourage traditional third-party Amazon or eBay sellers to use our services since our fees are considerably lower than those charged by Amazon and eBay.

CT: What is the future of decentralized marketplaces? Do you see small cryptocurrency-oriented companies overtaking the established giants, such as eBay, in the foreseeable future?

JN: The future is never certain in any marketplace or company. Take Alibaba, China’s largest e-commerce website, for example. It chose to compete headlong against eBay rather than being bought out and now dominates the e-commerce globally.

For decentralized marketplaces, there is the appeal of more personal interactions among users as well as the security backed by the Blockchain technology behind it. The biggest market in the world is in the developing countries due to the uncertainty of currency fluctuations, holdings are difficult, and the transfers are expensive.