Illinois State Lottery Winner Puts Half His $500,000 Into Bitcoin

An Illinois resident who won $500,000 in a state lottery has revealed he put half of it into Bitcoin back in May.

An Illinois resident who won $500,000 in a state lottery has revealed he put half of it into Bitcoin (BTC) back in May. Redditor “Joxnlol,” posted an image of himself clutching the Illinois state lottery cheque on Nov. 5, with the caption: “Did this. Then put half into BTC in May. Remind me in 8 months if I f****d up.”

Joxnlol’s winning ticket sealed him the $500,000 bounty on April 19: given he converted half of it in early May, his investment has so far seen close to a 65% gain, as Coin360 data shows:

In a subsequent post, Joxnlol indicated that he plans to HODl the investment for a minimum of one year, revealing:

Thread contributors were virtually unanimous on two points: that if Joxnlol had f****d up in any way, it was by not having invested 100% in BTC, and second, that he was tempting fate by publicizing his face and winnings on the net, making him a potential target for criminals.

Joxnlol also indicated he was storing his Bitcoin on trading app Robinhood, arguing that for him, personally, the risk of losing a cold-storage wallet outweighed the security risks of trusting his coins to a centralized third-party.

Crypto community member @BashCo, who tweeted a link to Joxnlol’s thread, remarked that:

“The popularity of this tweet makes me question if average people still falsely associate Bitcoin with lottery. Bitcoin is sound money. But if I tweet that, it will only get 20 likes.”

Number of US crypto owners doubled in 2019 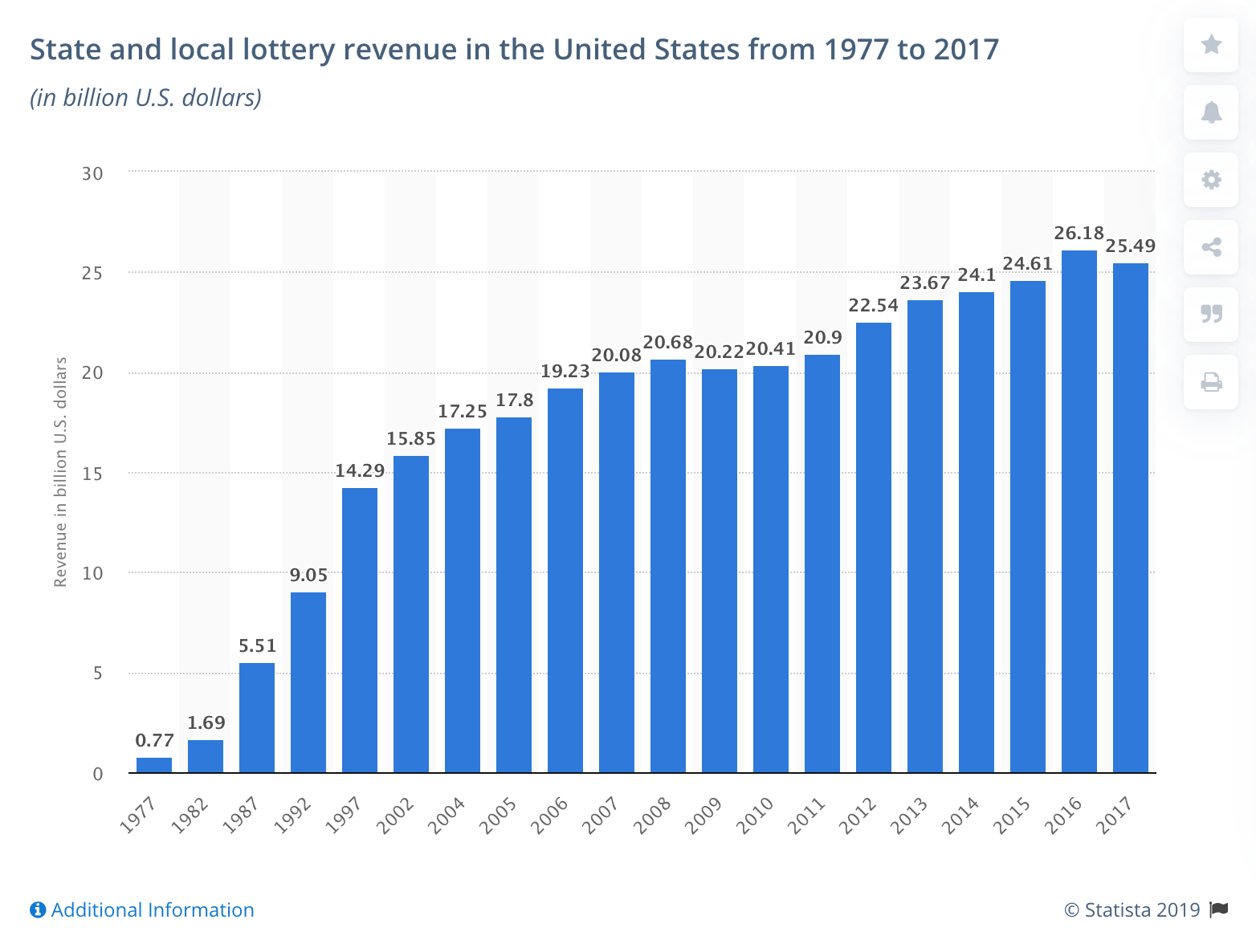 Bitcoin’s current market cap of approximately $167.8 billion represents around 73% of state and local lottery revenue between 2008-2017, which totaled $228.8 billion, according to Statista data.