Wenn Digital, the developer of blockchain-based KODAKOne platform, seeks to raise up to $50 mln in its token offering.

Wenn Digital, the developer of blockchain-based KODAKOne platform, intends to raise up to $50 mln in its token offering due to take place on May 21 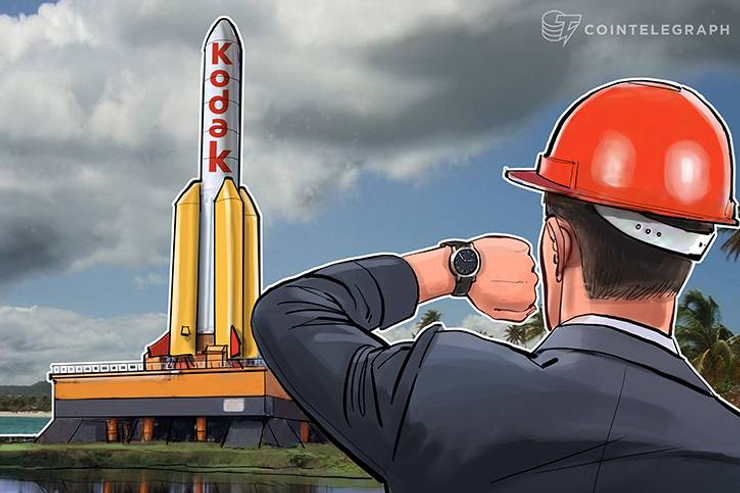 Wenn Digital, the developer of a blockchain-based image rights platform licensed by Kodak, announced Thursday that it plans to attract up to $50 mln in a combined public and private token offering, Reuters reported May 10.

Wenn Digital has developed an image protection, monetization, and distribution platform secured via blockchain called KODAKOne, which is designed to protect the copyright of images or photographs registered on the platform. Kodak reportedly owns a minority stake in Wenn Digital.

The public offering of Wenn’s token KODAKCoin will begin May 21. Initially the offering was scheduled for January, but was delayed in order to evaluate the status of potential investors. When Kodak announced the partnership with Wenn Digital, its shares surged to a high of $13.25, but fell after the token offering was postponed. The stock closed at $5.15 on Thursday. Cam Chell, chairman and co-founder of KODAKOne, told Reuters:

“We really took a step back and decided that we would ensure that all T’s were crossed and I’s dotted before we embark on a public sale. We wanted to make sure that we got it right.”

Chell stated that KODAKOne’s coin offering will be registered with the US Securities and Exchange Commission, using an instrument called the Simple Agreement for Future Tokens (SAFT). Under a SAFT offering, the token is issued when the blockchain platform is launched which, according to Chell, is expected to be later this year. SAFT offerings are limited to accredited investors.

Wenn Digital has already run a pre-sale of its SAFT to accredited investors and reportedly  raised nearly $10 mln. Chell told Reuters that demand is greater than the developer’s capital requirement of $20 mln, “I think $50 million is our sweet spot.”