Bitcoin Conference is headed to Saint-Petersburg and Cointelegraph is proud to announce that it will be the official general media sponsor of the event. 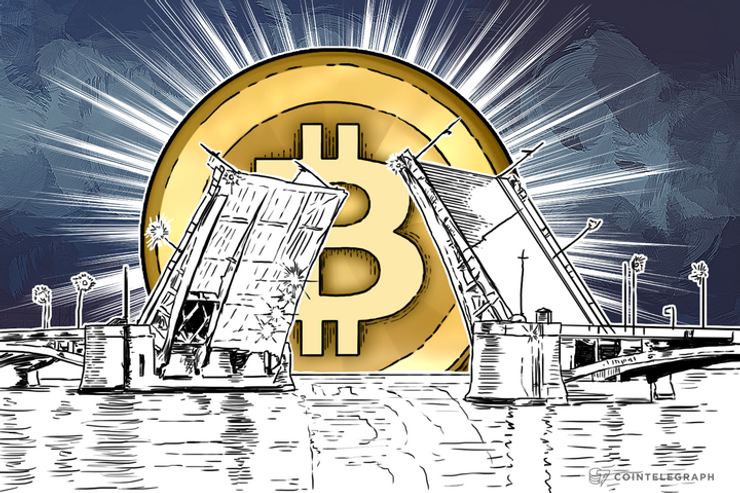 Bitcoin Conference is headed to Saint-Petersburg and Cointelegraph is proud to announce that it will be the official general media sponsor of the event.

Enter the promo-code COINTELEGRAPH to receive a 10% discount on the ticket price.

Bitcoin Conference is returning to Russia’ cultural capital, St. Petersburg, after the success of the #CryptoForum Conference held back in August of this year. The event will host some of the brightest industry minds, experts, and thought-leaders from the world of cryptocurrency as well as legal and foreign experts, who will share their vision of cryptocurrency’s development in Russia and the world on December 4, 2014.

The topics that will be discussed at Bitcoin Conference Saint Petersburg will include:

The event will be held at the Ambassador Hotel, Conference hall 5-7, Rimsky-Korsakov Avenue, in St.Petersburg, Russia.

Some of the most prominent experts in the Bitcoin space will keynote at the event including:

With the Russian government expected to pass a law banning the use and promotion of cryptocurrencies in the country in the near future, conference coordinator, Natalie Gavrilenko, emphasized the significance of the event for Russia’s Bitcoin community to Cointelegraph.

“Perhaps this is the last meeting of the Bitcoin Community on Russian territory before the law of Ministry of Finance will be adopted, says Gavrilenko. “The event will cover the most relevant topics where we should see some heated debates - you cannot miss it!”

The reason for organizing the conference just three months after a similar event is not only because of Bitcoin’s rising popularity in a country that is facing increasing capital controls amid US-imposed sanctions, but also due to the expected anti-Bitcoin legislation expected to pass soon, which could potentially prevent from similar events to be held in the future.

“We have noticed how rapidly the popularity of Bitcoin in [Russia and Ukraine] is growing,” “However, the Ministry of Finance introduced bills that not only prohibit but also fine Bitcoin activity. Therefore, we have realized that the Bitcoin community is too large to cease to exist for this reason. Perhaps, it will ‘move’ to other more [tolerant] countries or will try to find ways to operate in the ‘shadow.’”

It will be interesting to see how the authorities will react to the event although previous event have not ran into much difficulty even in the restless country of Ukraine, where a Bitcoin conference was held for the first time back in September, despite the current armed conflict conflict in the country as well as recent warnings from the central bank regarding cryptocturrencies.

“Therefore, we have decided to organize the Bitcoin community, perhaps for the last time, before the adoption of these laws in order to discuss this situation and seek advice from