A blockchain project led by the creator of PoS, Sunny King, revealed five milestones for 2019 to bring a “brand-new digital economy era.” 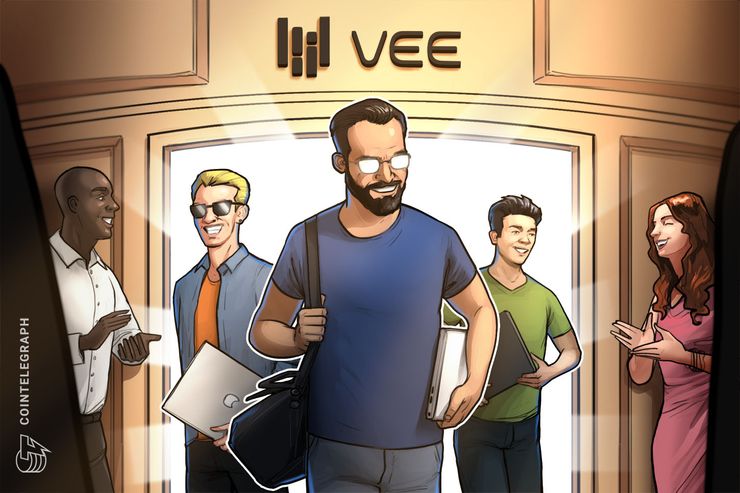 A blockchain project with the ambition of being at the forefront of a “brand-new digital economy era” has unveiled its vision for 2019-2020, with five important milestones that will enable its technology to evolve in line with the needs of its user base.

VEE, the latest blockchain database project by Sunny King — the creator of PoS — is based on supernode proof-of-stake (SPoS) — a consensus algorithm that the company says is “currently up, running and extremely stable.” With a success rate of up to 99.99 percent for blocks and with a new block produced every four seconds, the platform says it has managed to minimize average network delays to a matter of sub-milliseconds — and is confident block periods will shorten further as it expands.

Its name is an acronym and stands for Virtual Economy Era. The blockchain database cloud wants to have the capacity and capability for carrying “complexed decentralized applications” in a plethora of fields — including banking and asset management — enabling developers to instantly create blockchains on demand. Its team firmly believes that this will help “significantly lower the barrier of entry for blockchain development.”

Goals for the future

Sunny King, the chief architect of VEE, says the first milestone in his sights is the development of the world’s first full-featured blockchain database for storing object-oriented data. In addition to being built for financial organizations, there is hope that this infrastructure will lend itself to other applications like social and gaming — delivering scope for customization, efficient indexing and data security.

He also wants to help enterprise developers focus on building their blockchain-driven business instead of worrying about difficult coding issues — and this would be achieved through new efforts that ensure the platform is easier to use. Modular development functions and cloud platform tools are the second milestone that VEE has in the works, “greatly improving overall development efficiency and guaranteeing stability from the outset.” This aligns with his vision that everyone should have access to blockchain, and people shouldn’t have to be an expert to do so.

Smart contracts are the third emphasis. VEE argues that existing models are neither smart nor safe and could be difficult to scale up in future. Through its public chain, the company is vowing to deliver “the next generation of smart contracts” — supporting non-fungible assets and offering implementation verification requirements for an array of situations. Further details on this milestone are set to emerge over the course of 2019.

Fourthly, King says that his platform is going to implement full support for Enterprise DApps similar to zero-knowledge-proof cryptography, adding a privacy layer to protect data stored on the blockchain. This, on one hand, guarantees the transparency of the blockchain, but at the same time, keeps the data private and unexposed.

Last but not least, VEE plans to create a new decentralized mobile internet network complete with a browser, with the goal of simplifying blockchain operations in apps. It argues that the concept is necessary given how the modern economy has become increasingly reliant on mobile-centered apps for social media, commerce, gaming and communication as a whole.

Sunny King and his team firmly believe that people around the world have the opportunity to live a better life through blockchain technology — and its solutions offer something that is “even more secure, flexible, compatible and open” than current platforms.

VEE’s mainnet launched on Sept. 17. King created the proof-of-stake (PoS) consensus, and it is hoped that SPoS will offer considerable security improvements. He is also the man behind Peercoin and Primecoin.