Localbitcoins.com has been forced to halt service in Germany due to regulatory fears, prompting renewed questions about the country’s perspective on digital currencies. 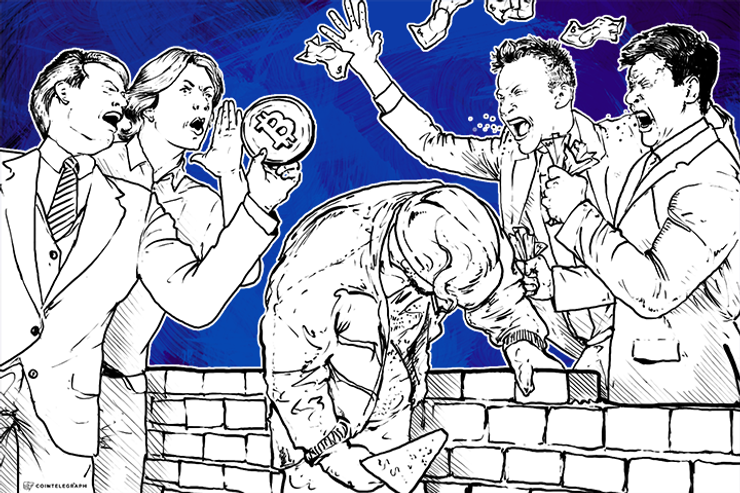 Localbitcoins.com has been forced to halt service in Germany due to regulatory fears, prompting renewed questions about the country’s perspective on digital currencies.

The stalwart startup announced via Twitter December 8 that it hoped the new status quo would be “temporary”:

t.co/byGAoG3WSI won't be available in Germany anymore due to regulatory reasons. We hope this is temporary. Press enquiries via email

It has emerged that there are new concerns surrounding the need for a potential license in order for companies like Localbitcoins to operate legally in Germany. The pressure is in marked contrast to the scene in neighboring Poland and Netherlands, and another example of the relative discord between EU states on the issue of cryptocurrency.

“Was wondering when regulators would notice…,” Jeff Garzik tweeted in response to the news.

“We do not know any exact details regarding [the license] yet,” Localbitcoins’ founder Nikolaus Kangas told CoinDesk. “Right now, we are trying to find answers to these questions.”

Localbitcoins has built an international presence since its first steps at providing support for the spread of Bitcoin transactions to a wider market. “The roots of this service are actually partly in Germany, so it is kind of ironic and sad that we cannot offer the service there anymore,” Kangas said, adding that Localbitcoins had been contacted by BaFin, the German Federal Financial Supervisory Authority.

The suspension is the second setback to come from the European space this week following Pirate Bay’s takedown by Swedish police over alleged copyright infringement. Servers at a location in Sweden were raided and seized following certain leaked movies stolen from the recent Sony hack being made available via Pirate Bay. Other P2P sharing networks are also being targeted, but details of whether this is a result of a law enforcement initiative remain undisclosed, Wired reports.

Nonetheless, Swedish exchange Safello today announced partnership with an unnamed UK bank to facilitate cheaper and faster deposits for UK customers, avoiding the need for SEPA transfers and related fees. The move is unusual for the UK, as many of the country’s Bitcoin startups use foreign banking due to a reluctance among domestic services to cooperate. “Hopefully we are at the start of wider bitcoin adoption in the UK,” Safello CEO Frank Schuil told CoinDesk.

Elsewhere, Citibank recently took aim at virtual currencies in an apparent effort to influence the outcome of a Swiss referendum on repatriation of its gold reserves, a move already being witnessed in the Netherlands.

Germany itself is also the scene of a shake-up for fiat banking. Following the ECB doubling the amount banks pay to deposit funds to 0.2% in September, costs are being passed on by banks to customers in the form of negative interest rates or ‘hidden’ fees.

Commerzbank, Germany’s second largest institution was the first to begin charging high-deposit business customers in relation to the fees, with the rate agreed on a case-by-case basis.

Elsewhere, domestic banks are raising administrative costs for all account holders across the board, with increases for “services” such as keeping an account open or depositing loose coins.

“Banks calculate exactly when it comes to customers. That means they don't want to have to pay extra [to the ECB],” Professor Wolfgang Gerke of the Bavaria Center of Finance commented to German media portal Das Erste. “So if we don't get negative interest, we'll get corresponding fees instead. And when we convert those, we end up with negative interest.”

With more and more private customers being affected by the changes, combined with the decrease in Bitcoin opportunities the German market appears to be presenting the customer with an uncomfortable ‘Catch-22’ situation.

As of December 15, Localbitcoins remains unavailable in Germany.