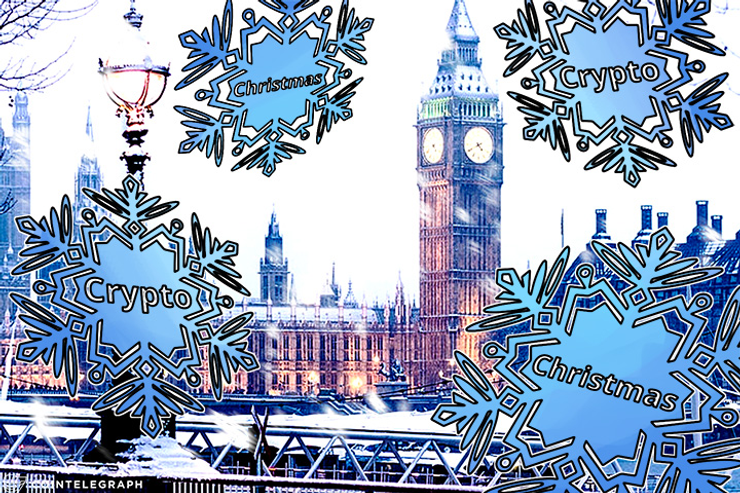 Market trader Fred Smith, a stallholder at Smithfield Market on the edge of Shoreditch, announces SproutCoin for the Christmas season.

Fred states: “People in the UK eat 3.4 bln Brussel sprouts during Christmas and there is a lot of potential with cryptocurrencies, so I thought let’s have SproutCoin, which I think will generate a lot of interest...”

According to Wiki, the Brussel sprout is a member of the Gemmifera Group of cabbages (Brassica oleracea) grown for its edible buds – called sprouts, and universally hated by children.

Thanks, Fred, you could be a winner and create a lot of movement in the market. We assume you will be using Ethereum so there will be not shortage of air to gas up your smart contracts then…

Sex workers in London’s red light district are refusing to accept the VoyeurCoin cryptocurrency for their services because they feel it isn’t a hard currency.

Julia (not her real name) has this to say to Cointelegraph:

“This guy offered to pay me the equivalent of $200 in VoyeurCoin and said he wanted to watch… I felt this would reduce the value of my personal services. Apparently, he specifically wanted to watch me using my smartphone wallet to make a transaction using VoyeurCoin, which I thought was too weird for me...”

Cointelegraph has this exclusive eyewitness report.

“I thought it might be Satoshi,” said Bitcoin enthusiast Vittalark Buttering. “I recognized him from his pictures.”

CT: So what was he doing?

VB: He was trimming my friend’s beard in the barbershop in the Bike Shop. I know it was him because he accepted Bitcoin and he looked very clever…

Nice one Vittalark, we wondered where Satoshi had gone. It seems he will spend Christmas in Shoreditch, the FinTech capital of Europe, cutting hair…

Many early investors seem quite pleased with themselves. Cointelegraph caught up with one, who told us: “AccapulcoCoin kept going up in price and it looks like I have made a lot of money.”

Cointelegraph asked what was behind AccapulcoCoin: “I think it is a property company that builds resorts in hot countries, I think they have lots of projects in the Bahamas,” answered the lucky investor who preferred to withhold his name.

We tried to interview the CEO Carlos (the) Jackal who was unavailable for comment. But his assistant did tell us he would be on a business trip for a number of months.

Related News
Is US Environmental Tax Policy Hindering Solar Power to Fuel Digital Technologies?
Startup Brings Crypto Payment Option to Over 730 Locations Worldwide
Who Got Gifts from Crypto Santa in 2019… and Who Got Coal
Blockvest's Defense Based on Falsified Documents, Claims SEC
Liquid Cancels Sale of Telegram's Gram Tokens, Returns Funds to Investors
Dead Coins and Wallets: The Treasures of Atlantis or Zombie Uprising?
<div is="sidebar" :sidebar-data="{"promoButtonsI18n":{"crypto-button":{"url":"crypto.btn.sidebar.url","label":"Get Crypto At True Cost\n","text":"Cryptoassets are complex instruments and investments carry a high risk of losing value. You should educate yourself in how crypto-markets work before making any investments. Always invest responsibly and be prepared for the risks associated with investing in or using cryptoassets. This promotion cannot be considered investme