Wednesday, July 17— The number one cryptocurrency Bitcoin (BTC) is seeing slight gains on the day as major altcoins (ETH) and Ripple (XRP) rally.

On July 4, analysts at SFOX conjectured that Bitcoin could rally in light of the American national holiday Independence Day, arguing that holidays in the midst of a bull market tend to spark FOMO. However, Bitcoin did not see any significant gains on the holiday, and is now sitting around $2,000 down from its price level 13 days ago. 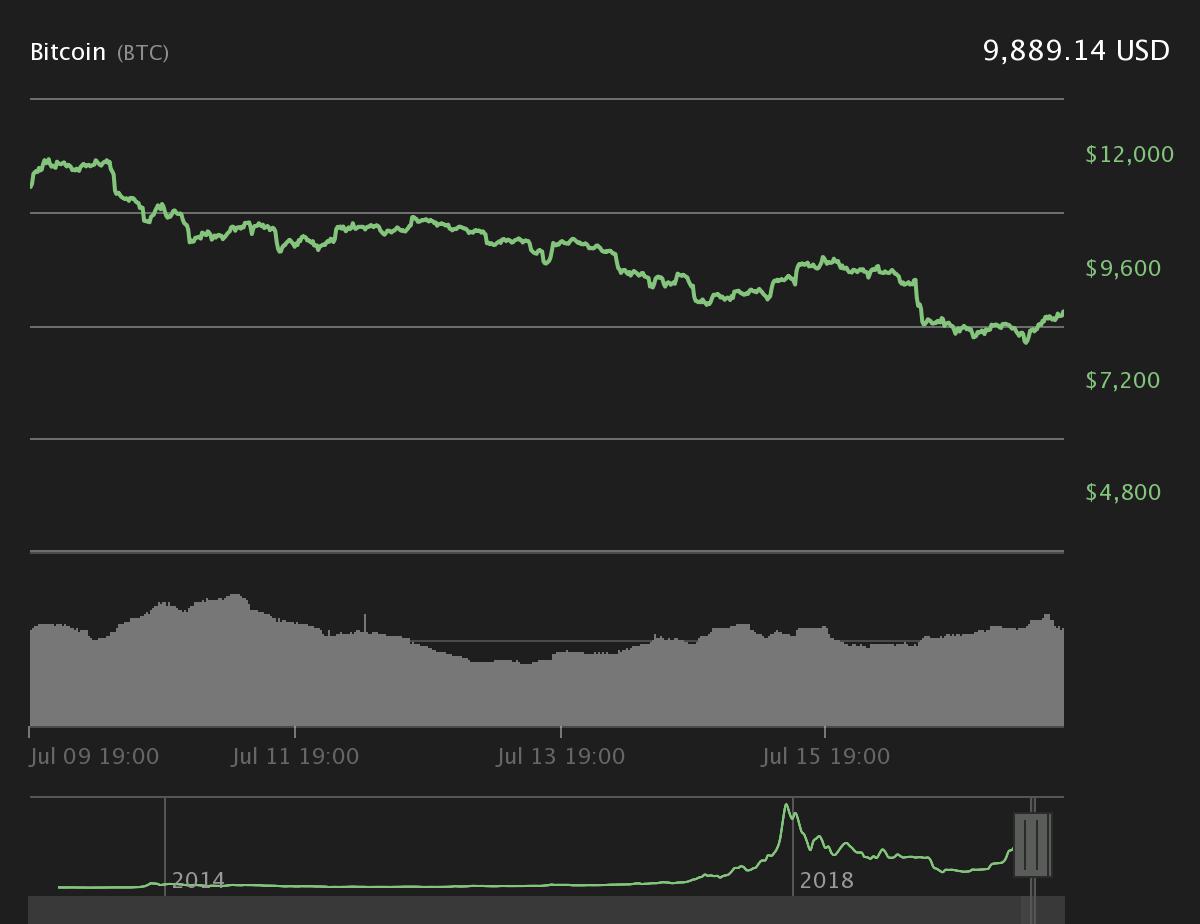 Top altcoin Ether has had a bearish week, like BTC, mostly seeing a steady decline over the last seven days. It saw a fairly sharp fall on July 14, falling by about $200 in approximately an hour, without recovering. However, the number two cryptocurrency has recovered by approximately 8.3% on the day, and is sitting above $214 at press time. 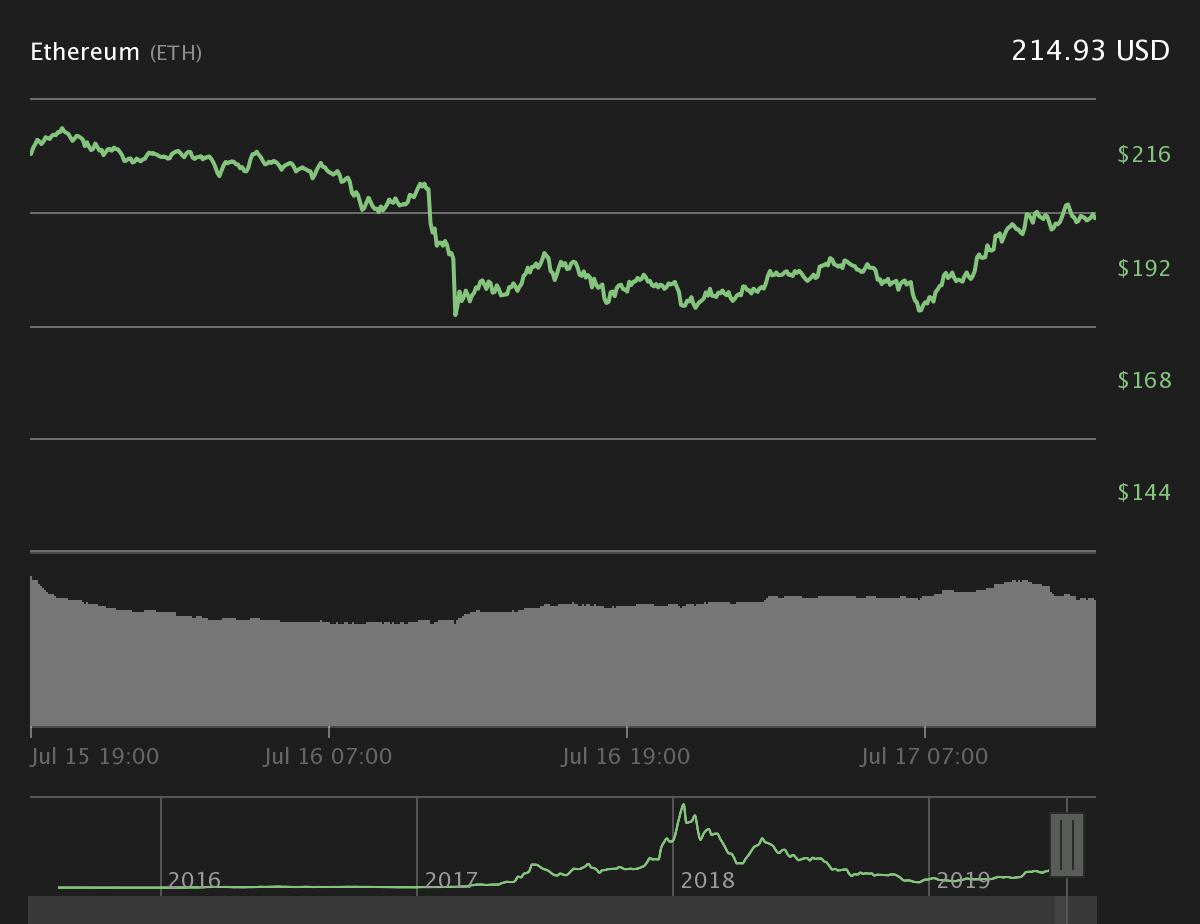 Ripple’s value has also largely been on the decline for the past seven days. However, it has recovered almost 9% at press time — the largest daily gain out of the top three cryptocurrencies — and is trading just shy of $0.318.

According to a price analysis by Cointelegraph, however, XRP is currently one of the worst-performing major cryptocurrencies. Its next price level supports are reportedly $0.27795 and the yearly low of $0.24508. 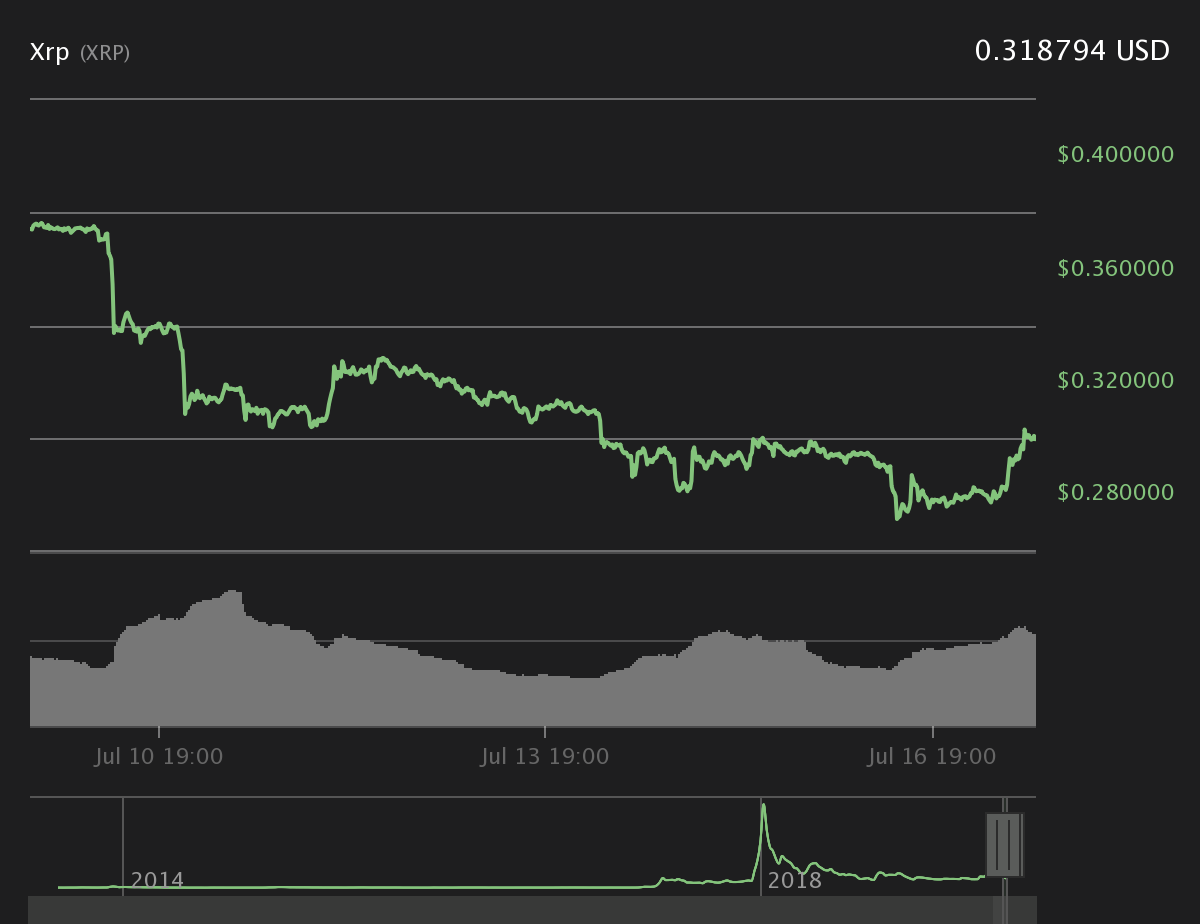 Litecoin (LTC) has seen impressive daily has, rallying by over 16% at press time to trade at $92.37.

The Miami Dolphins, an American pro football team, announced on July 12 that they had adopted LTC as the team’s official cryptocurrency. The Dolphins will reportedly endorse the altcoin, and set up home stadium kiosks that allow fans to buy 50/50 raffle tickets with LTC as well as BTC.

The total market cap of the top 100 cryptocurrencies is currently under $254 billion, according to the data provided by Coin360’s summary table. This is approximately a $76 billion dropoff since July 4.

Traditional markets, meanwhile, are virtually all slumping. Gold is the only major traditional asset seeing mild gains at press time, according to data provided by MarketWatch.