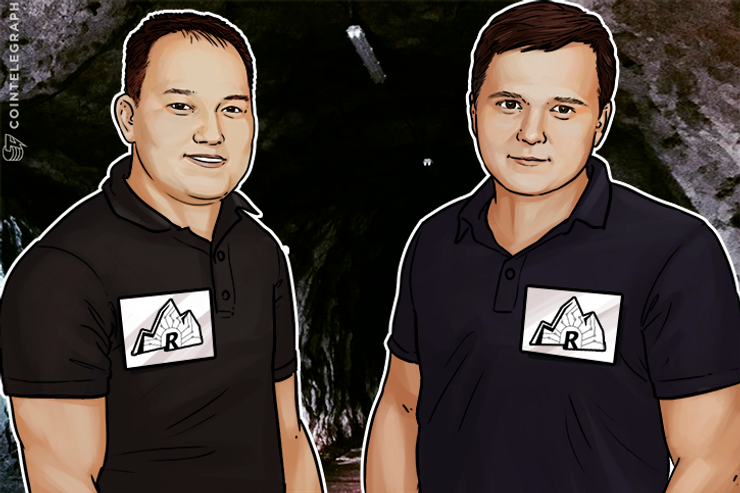 Thanks to some of the cheapest electricity around, the fact that their mining farm stays naturally cold, and that it is based in a former Soviet military bunker, Ice Rock Mining think they have cracked the perfect space to mine.

However, the company is looking to be more than a self-contained super mine, they are offering investment opportunities, as the Soviet Bunkered farm launches an ICO.

A meeting of old and new technology

The Soviet bunker, in Almaty, Kazakhstan, built during the cold war of 1949-1991, was a safeguard in case of potential nuclear war. However, with that threat buried in history, Ice Rock Mining is looking to utilize the historic space for new-age technologies.

Seeing as the cave sits at a constant temperature of around 12 degrees celsius, and maintains its own ecosystem, Ice Rock believe that it is the perfect space to build a cryptocurrency mining farm.

They claim there is space for over 4,600 ASIC rigs in the 1,200 square metres of subterranean tunnels, and because they are supplied by a nearby hydroelectric power source, their price per kilowatt is low. Ice Rock claim they are only paying three cents per/KWH.

Overall, the choice of location for the farm means lower costs for mining, which Ice Rock says they can convert into bigger earning margins for their investors.

Through its ICO Ice Rock is trying to offer options to purchase mining capacity to people through standard and tailored packages. This project is aiming to offer ‘turn-key’ mining services through their cloud mining service.

It is because their mining set up is so low that Ice Rock believes clients can benefit with the cloud mining industry. However, there is also an option for investors to simply buy into the ROCK token and hold onto them until the buyback period starts.

Ice Rock Mining is looking to provide a niche in the mining market, as the industry is difficult for many keen individual miners to break into. Home mining, especially of Bitcoin, is expensive and difficult, and setting up an individual farm is a full time, large investment.

Ice Rock aim to use the power of Ethereum’s smart contract on the ERC-20 token in order to effect an investment option for its users, as, with their investment through the ICO, the user is essentially buying into a mining operation.

Dividends and growth can be paid out along the Ethereum Blockchain as a ROCK token, with the mining farm churning out supposedly some of the lowest cost returns on a mining investment.

Using the ROCK token, Ice Rock allows users to buy certain packages, and the packages can allow users a part of the mining operation which has the benefit of no rent, no cost of cooling, and apparently cheap electricity.

What Ice Rock is accomplishing is seemingly taking the costs of mining, and mitigating them through the use of an ideal underground space. Electricity, cooling, even rent is negated in their farm, and by allowing the investor to be a part of that, the margins naturally have to be bigger.

By turning the mining farm into an ICO, there’s the added crypto-investment of cashing in on Blockchain tokenization. Investors can buy into ROCK tokens and use them like any other, selling when they see fit, or they have a secondary option to grow their capital by getting involved in different mining packages with Ice Rock.