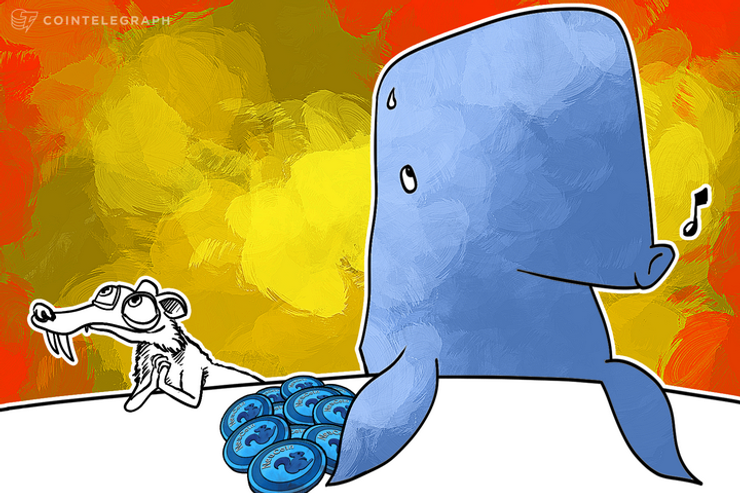 Next-generation proof-of-stake altcoin NeuCoin has seen what developers have called ‘heavy interest’ in its April 28 presale since its announcement last week.

NeuCoin, a fork of Peercoin seeking to provide improvements on the proof-of-stake currency model, will use funds generated in the presale to work on its micropayment platforms with partners Mondo Media and online music service Jango.com.

Since the announcement, over 1,500 users have expressed interest in purchasing NeuCoin, prompting developers to implement tools to ensure both smaller and larger investors have the chance to purchase their desired amount. Co-founder Dan Kaufman told Cointelegraph:

“A primary purpose of the presale is to involve as many people as possible prior to launch, thousands of small buyers rather than a handful of whales. Plus we want to make sure that the core community of buyers who are most likely to later recruit new users to NeuCoin are able to participate.”

The presale will be offered in stages, with buying caps in place to ensure no wholesale purchases are carried out by a small number of investors or that no single investor buys up the remaining coins, should it become clear that the presale will sell out.

A referral program is also set to be launched, incentivizing early purchases by offering a bonus on all coins earned through referral programs for the first year after the launch. Kaufman added:

“We believe these early adopters, no matter how small their investment capacity, are super valuable to the adoption and growth of NeuCoin—and we want to make it beneficial for people to put in even the minimum of 0.01 BTC.”

NeuCoin’s team told Cointelegraph that the team had been taken aback by the scale of the reaction to the presale launch, nonetheless having previously worked to reassure curious potential investors regarding the benefits of the premine model.

New coins released using a premine method have traditionally been the subject of speculation and even suspicion from the cryptocurrency community. The fraudulent activities of developers, in which coins are “sold” only for the Bitcoin given in exchange to be stolen and investors left with a worthless asset, the developers themselves having absconded, is an occurrence which has become all too familiar to many.

Darkcoin, a proof-of-work altcoin focusing on privacy of P2P transactions, was discredited after evidence of a developer-led premine was uncovered, ultimately resulting in the coin's full rebranding in March.

“A guarantee will be in place to ensure investors’ BTC funds are returned in full to them should the coin not have launched by September 30,” Kaufman added.

The decision by NeuCoin to adopt the premine method is thus a brave one, Kaufman explaining that due to previous angel investor funding Neucoin “does not need additional funding to finalize the release,” and adding that the presale profits will be held in a publicly visible multisig wallet until after the coin launches, thereafter being distributed to NeuCoin’s non-profit foundations and used to fund partner development programs as well as new-user acquisition.

NeuCoin has divided opinion in other ways through its development, and had become conspicuous prior to the presale opening. The technology fueled heated debate on the proof-of-work and proof-of-stake models, even drawing in Bitcoin core developers, who defended the robustness of Bitcoin’s technology and the health of its network. Together with its planned mainstream partner implementations, NeuCoin seems set to remain a talking point for the cryptocurrency community in the coming months.

“We're very excited about the presale and hope NeuCoin will get the widest holder base possible,” Kaufman concluded.

Meanwhile, mixed opinions dominate regarding the presale in community circles, with users focusing on the need for proof of all stages of the coin’s progress. On Bitcointalk, criticism of the price of NeuCoin being “irrational” was met with enhanced engagement by Kaufman and his team.

With investors set to begin purchasing from Tuesday, critics will be more focused on eyeing future events. The cryptocommunity will keenly watch the success of NeuCoin’s partnerships and the longer term satisfaction of individual small-scale coin holders.