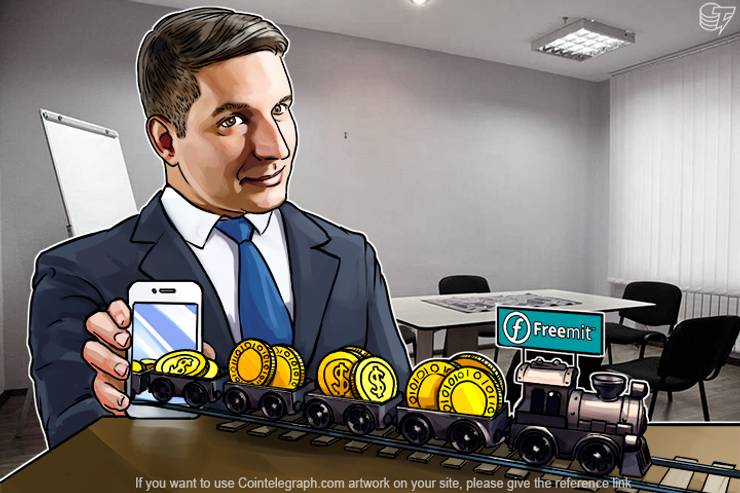 The Bitcoin software park is enriching with upcoming apps that convert fiat currency to Bitcoin, transfer it and reconvert it to fiat, all in a single step. Who needs a money transfer service, when you can just download an app?

With Bitcoin being around for a few years now, one would have expected remittance services to begin to adopt it for their own business, but somehow this didn’t happen.

Meanwhile, the Bitcoin software ecosystem keeps expanding, and another killer app seems to be on the horizon.

Freemit is an app due for release in 2016 that will allow users to send fiat money abroad using the Bitcoin blockchain. John Biggs left “the best job ever”, Chief Editor at TechCrunch, to become CEO of this project.

“Using the blockchain and a local currency in/local currency out vision, we will make moving money cheaper, better, and friction-free.”

In other words, you could send $100 from the USA to your brother in Japan, and have that money immediately transferred and converted into the japanese Yen equivalent of $100.

That’s a 0% commission we are talking about, here.

“Money transfer and exchange have not changed at all in the past 100 years. New blockchain-enabled technology makes money transfers instant and free. We are using this technology to eliminate the inefficiencies in the system.”

On top of that, the transaction happens in minutes: the average Bitcoin transfer time.

As Freemit users will fund their accounts with money or Bitcoin, the same app will allow them to use the app like a debit card, and spend those funds in affiliated shops.

And at the same time, Bitcoins can be converted into any FIAT currency at “the best possible rates” when users are abroad, if in need of cash.

There must be a reason if remittances are still alive and Bitcoin didn’t set foot for good in this sector yet, despite its innumerable advantages.

One of the points of power of remittance services is that they don’t ask for a bank account. People can just go into the venue, give cash and then the transmission is scheduled. An app cannot compete with this. A large number of people use remittances exactly because of this feature: they don’t have a bank account and they want to send money home, or to their sons. When it’s time, they just enter the venue with their cash and it’s done.

This is something Bitcoin will have a hard time to beat.

Simon Dixon, CEO of BnkToTheFuture.com and Fund Manager at Bitcoin Capital, says that Bitcoin is only a menace to organizations like Western Union:

“Western Union is not in the business of transferring money. They are in the business of storing money in many different currencies in many different locations so that when somebody wants to receive cash on one end they already have the cash on that end without having to incur any costs transferring money. Their cost of transferring money is very small as they have built large reserves of currency in many locations. Their cost is maintaining offline outlets and software for their clients that want to become brokers for Western Union. If Western Union used Bitcoin it would only educate their customers that peer to peer money transfers can be done cheaper without Western Union in the future. Western Union has nothing to gain from using Bitcoin, but everything to lose from others using Bitcoin.”

About smaller remittance services, Simon thinks that it only needs time for them to adopt it:

“Other remittance services that are not holding large cash reserves and genuinely transfer money between countries will be using Bitcoin software to make their remittances in the future. BnkToTheFuture is looking to close investments in this sector at the moment as we believe