Exchanging money Uber-style: how a new P2P platform plans to solve the problems of cryptocurrency exchanges. 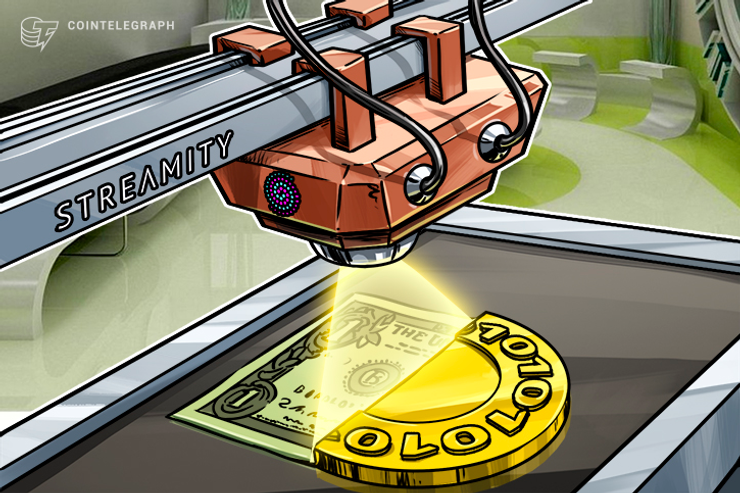 In late January 2018, Streamity, a Singapore-based startup with Russian roots, released its cryptocurrency exchange app StreamDesk, which is able to exchange various currencies from user to user with no intermediary. The project is now working on creating the decentralized platform, which they claim, “will revolutionize the modern crypto exchange market.”

Looking to the market

At least once, every cryptocurrency owner has faced the same problem: where to change the cryptos to fiat? Hundreds of online exchanges have been launched during the last year, but they are not easy to deal with. The commissions are unreasonably high and the exchanges themselves are not stable, even the big ones may suspend their work abruptly or even collapse, as was the case with BTC-e in August 2017 after the US authorities intervention.

The Streamity team aims to eliminate the inconveniences of the existing cryptocurrency exchange system. Its StreamDesk app will allow transactions as small as $2 to be sent through its servers with almost zero fees. The startup states that it's going to make the cryptocurrency,  fiat money exchange process completely independent and secure thanks to the use of the smart-contract architecture and the API of payment systems.

No more waiting for transactions

According to the company's website, StreamDesk was designed to avoid scenarios where the exchange is rendered inactive for several hours due to a successful hack, which in most cases leads to the loss of the customer’s deposit. To achieve this, StreamDesk deploys the use of smart contracts coupled with numerous verifications and encryption algorithms to secure its transactions.

"For users selling cryptocurrencies, a buying order is available on the queue. In this way P2P transactions between the seller and the buyer is fastened as there will always be pending orders to buy and sell simply awaiting responses from users who intend to buy or sell," says the Streamity blog at Medium.

This makes StreamDesk different from most existing exchange platforms, where the time lag between buying and selling can be annoyingly big, sometimes exceeding 12 hours. Some existing platforms will even automatically cancel the transaction order if one party does not respond within a given timeframe.

During its pre-sale in January, the startup raised $2.8 mln. Streamity plans to start its official crowdfunding campaign on March 12, 2018 and will end on March 25. The STM-tokens will be released on the Ethereum platform using the ERC 20 standard and has a hard cap of $20 mln.

According to the Streamity website, the STM-tokens won’t be issued in the future, the number of STMs will be strictly limited to 180 mln tokens, and the value of one token will equal $0.2. Tokens will be distributed proportionally within the number of investments acquired during the ICO campaign, including additional bonuses and rewards.