Ether is now a valid currency for players who want to place bets on DirectBet. According to its Marketing Director, Michelle Gold, DirectBet is the first major company to accept Ether as a coin. 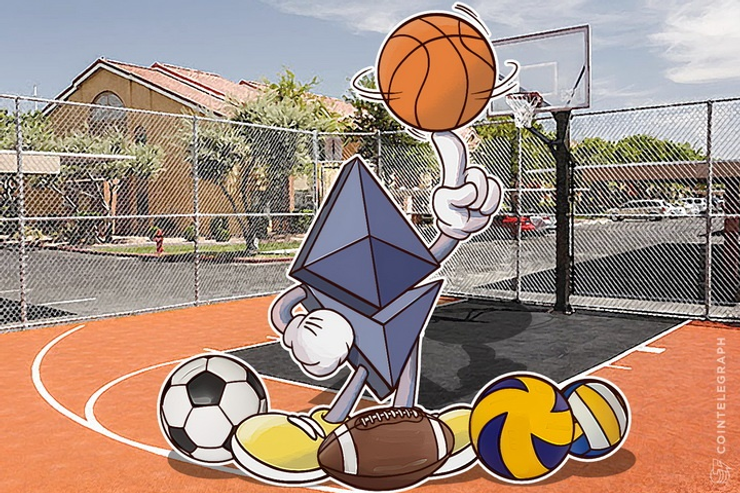 Ether is now a valid currency for players who want to place bets on DirectBet. According to its Marketing Director, Michelle Gold, DirectBet is the first major company to accept Ether as a coin.

The online betting company made a move that is bound to cause a ripple effect and a direct impact on the value of the cryptocurrency. It already uses Bitcoins, Litecoins, Dogecoins, and Dash.

According to DirectBet Marketing Director, Michelle Gold, DirectBet is the first major company to accept Ether as a coin.

Considering previous trends, DirectBet believes that this move will kick off an adoption pattern by other companies. A belief which is born out of a past experience when the company started accepting Dash.

According to Gold, DirectBet was the first to start accepting Dash (known then as Darkcoins) back in 2014.

Following DirectBet’s Dash acceptance announcement, Dash’s price doubled shortly afterwards, suggesting that their acceptance of Ether will facilitate an upsurge in the value of the cryptocurrency.

“We are now seeing lots of Ethereum enthusiasts betting with their Ether on Sports, Horse Racing, Politics and other special events such as the Eurovision, as well as playing our provably fair Direct Dice and All-In Poker Flips directly on the Ethereum blockchain.”

DirectBet also claims to be the leading, safest, live cryptocurrency sportsbook, racebook and casino, having been voted the #1 Bitcoin Sportsbook by Bitcointalk members for 2 years in a row.

The Founder and CEO of , Roman Mandeleil thinks it is too early to predict the outcome this development. He sees it as a continuation of the Ethereum adoption.

“I do not know how much effect this could have on the cryptocurrency, neither can I tell how much Ether payments they are receiving at the moment. I see it as a continuation of the Ethereum adoption by the market.”

Anari Sngbe, Founder at ProducTank, a gaming company that also accepts cryptocurrencies says that DirectBet accepting ether is a continuing pattern of opportunities leading the revolution. He says that by accepting Ether, DirectBet is leading the way for others to follow.

“Now we know who is going to be leading the way, their are lots of people sitting on lots of Ether, for the most part we've seen Ether being used for good, DOA being a great example. Folks also want to have fun with Ether and find ways to turn their Ether into more Ether.”