Paymium to 'Consolidate Its Position As a European Leader' for 2015

Following this week's announcement of Paymium's partnership with leading POS payment terminals manufacturer Ingenico Group, Paymium CEO and co-founder Gonzague Grandval, said similar initiatives and partnerships are expected to occur during the year, in order to consolidate Paymium's position as a European leader in the Bitcoin industry. 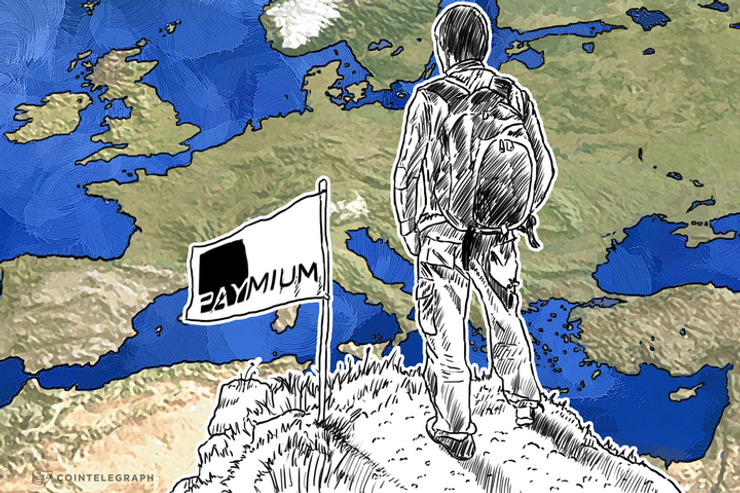 Following this week's announcement of Paymium's partnership with leading POS payment terminals manufacturer Ingenico Group, Paymium CEO and co-founder Gonzague Grandval, said similar initiatives and partnerships are expected to occur during the year, in order to consolidate Paymium's position as a European leader in the Bitcoin industry.

"2015 [will be] a pivotal year during which Paymium will multiply this kind of initiatives in the payment industry in both [the French] and [European markets]," Grandval told Cointelegraph. "It's a market that Paymium knows very well, both legally and technically."

Since its founding in 2011, French startup Paymium has been striving to become the ultimate Bitcoin company for the European continent, currently offering exchange services for individuals, and payment solutions for merchants.

In late September 2014, Paymium reached a milestone when it concluded partnership with Showroomprive.com, a major online retailer in Europe, to enable Bitcoin payments. As of today, Showroomprive.com represents the largest European retailer to accept the digital currency as a payment method.

Earlier this week, Paymium announced a new partnership with Ingenico Group, a leading POS manufacturer, to power their new range of payment terminals for retailers, the Telium Tetra, with the Paymium app and allow brick-and-mortar merchants to accept payments in Bitcoin.

"We now allow any European merchant to simply accept payments using the Bitcoin network without risk, since transactions collected in bitcoins are immediately converted to Euros," explained Grandval in the announcement.

"Following Showroomprive.com and Ingenico Group, several announcements are planned to be made during the year, aiming to consolidate our position as a European leader."

While big American players, including BitPay and Coinbase, have announced their intention in expanding outside their borders to Europe, Paymium's Grandval remains confident:

"The competitive advantages of Paymium are above all linked to our expertise in the European market, as well as to our extreme vigilance to [the local] regulations [overseeing] the payment industry."

Nevertheless, Grandval noted that while Paymium is currently focusing on the European market, the startup is also initiating projects outside of the continent.

Headquartered in Paris, Ingenico Group is a public company focusing on electronic payments solutions, and a world leading POS terminals manufacturer. With a commercial presence in more than 125 countries, the firm generated in 2013 €1.371million in revenue and currently has over 22 million of its POS units installed worldwide.

Cointelegraph reached out to Ingenico Group for comments, but didn't receive respond at the time of this writing.