Perfect Balance: How Exchange Alternatives are taking on the BTC Dinosaurs

While there is much discussion of how far cryptocurrency exchanging has come in its short history, a question mark still hangs over its future. 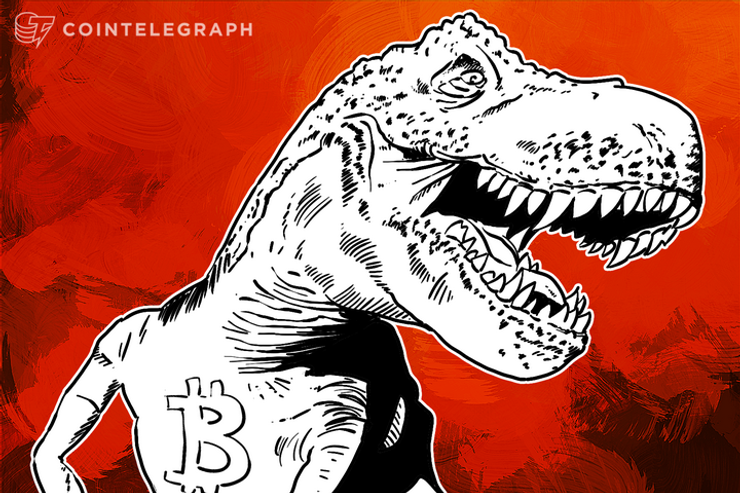 While there is much discussion of how far cryptocurrency exchanging has come in its short history, a question mark still hangs over its future.

From niche to a part of everyday life for the majority of users of Bitcoin and other cryptocurrencies, exchanges have always fulfilled an obvious role. Dramatic market expansion has delivered new standards of technology and a host of new USPs, yet the central function of the exchange remains the same: convert one currency to another, as cheaply as possible.

With the internet now awash with exchange providers, however, where could the market be heading?

Part of the answer could already exist. The concept of ‘traditional’ exchanging – funding an account with currency, performing a trade with varying levels of technical complexity, then cashing out – is already seen by some as cumbersome and unsuited to the needs of the modern consumer.

This desire to disrupt the status quo, true to the spirit of cryptocurrency, has produced alternatives such as ShapeShift which aim to cut out as many steps – and hence minutes of waiting – as possible from the trading experience.

ShapeShift, which does not currently handle fiat exchange transactions, enables near-instant conversion between various major cryptocurrencies, crucially without the need for an account or supplying personal information. Speaking at the launch of the service’s iOS app earlier this month, CEO Erik Voorhees even went as far as to call the requirement for personal information relating to exchanges “archaic and insecure.”

Within the realm of fiat-to-crypto exchange and vice versa, however, the need for regulatory compliance means it is difficult to speed up the end user experience simply by removing security hurdles. As the market changes in future years, however, others argue that specialization will be what brings users the most rewarding and efficient experience.

Cryptonit, a UK-based exchange launched in 2012, is looking more to the long term to position itself as a viable force in the by now somewhat oversaturated exchange ecosystem. Its Director and Co-Founder, Andrei Yanukovich told Cointelegraph:

The concept of simplification of the Bitcoin payment process at customer level is often touted by startups looking to drum up quick support. While the abilities of new ‘exchange alternatives’ can ultimately be mixed, Yanukovich notes that a successful product can easily trump the traditional exchange model in terms of both ethos and practicality.

“In my opinion there will be a group of big exchanges which concentrate on most of the international trading turnover and will play a major role in bitcoin ‘price fixing,’” he continued. “They will target their services mostly at institutional traders, and strict verification standards will put off people from using it for buying some coins just to pay for coffee.

“Another group will be targeted at regular users who do not need a perfect spread but need a variety of payment methods and easy work flow.”

The balance of ease-of-use, breadth of features and value for money is essentially an unsolved one for Bitcoin. Consumer products such as debit cards tend to sacrifice value for convenience, while exchange-based offers are unwieldy and provide little control over timeframes.

“In our opinion the process must be atomic and straightforward. For this reason we are trying to cover as many as possible payment methods to give users a possibility to transfer FIAT as they do every day,” Yanukovich explained, adding that Cryptonit, in addition to accepting payment via fiat debit and credit cards, would itself be introducing a debit card in the near future.

In the current trend of more stable prices, any consumer product will have users in a position to more accurately follow just how much of their original funds are made available to them, and how much is used up in various fees and charges.

More akin to the world of fiat-based payment innovations currently taking off? One thing is for certain: having made Bitcoin less of a security worry, transparency will now be key in attracting users to new models, placing control of funds and fees in an upfront way in their own hands.